Does This Israeli Dad Have the Solution to School Shootings? – Kveller
Skip to Content Skip to Footer

Does This Israeli Dad Have the Solution to School Shootings? 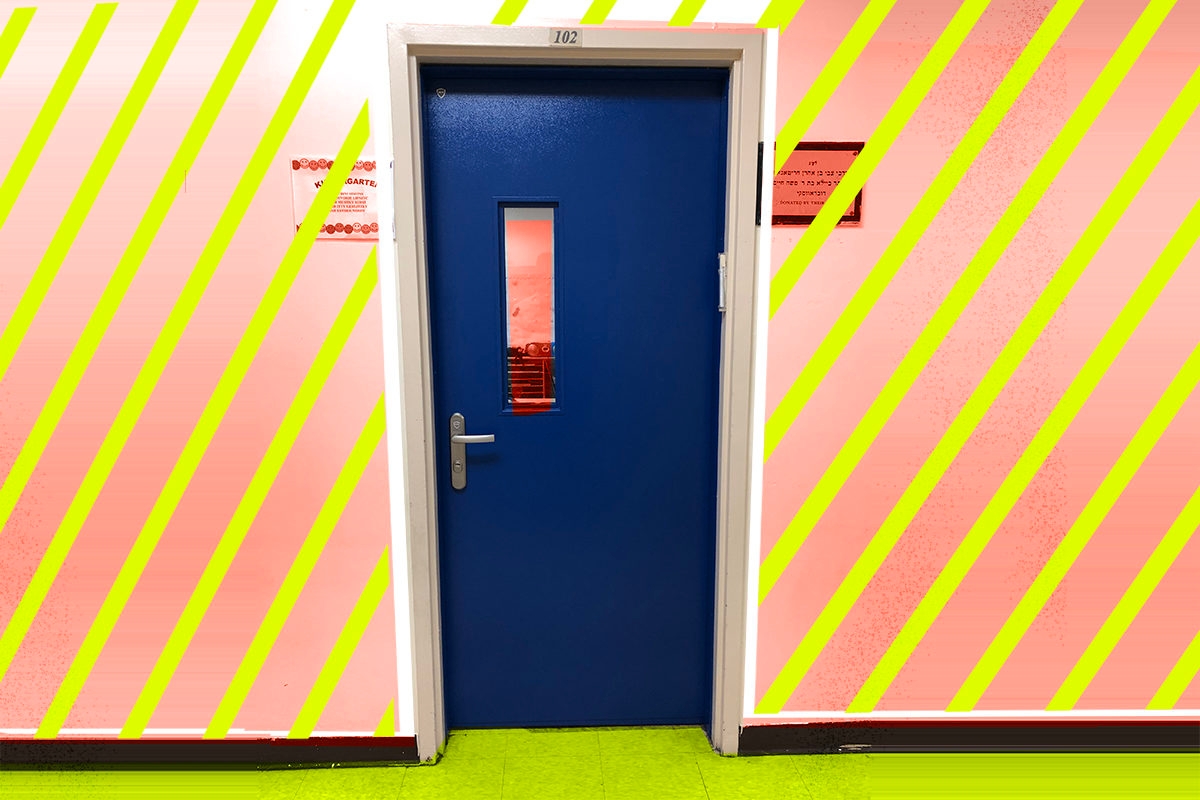 September is a super busy time of the year for families, with millions of students returning to schools,  entering new classrooms, meeting new teachers and peers, and sitting at new desks. During these first few days or weeks, parents will be watching — perhaps weepily, perhaps with relief — as their offspring disappear behind school doors, launching themselves into the next phase of their academic careers.

Doors are things we take for generally take for granted. Unless there’s a problem — the door won’t lock! — we don’t really think much about them. We talk about them more in metaphors than we do about their actual physical manifestations. We assume they keep unwanted things out and keep us safely in, but the assumption is an unconscious one.

But for one Israeli dad, Omer Barnes, who is the CEO of REMO Doors, doors are something more — and I don’t just mean his livelihood. They may be a solution to a uniquely American problem: school shootings.

For generations, parents used to assume that when their kids disappeared behind their school doors, they would be safe. That, at the end of the day, kids would walk out the doors of their schools, and walk through the ones that open into their homes and rooms, where they could talk about their days, share meals, do homework, and play pretend.

But, increasingly over the past few years, that assumption, that feeling of security, has been challenged. Since Columbine, we’ve experienced over 200 school shootings here in the U.S, with 24 school shootings taking place in 2019 alone. That’s not comparable to any other country in the world. And that reality has made the dreadful possibility of our kids not returning home from school something very real.

It was to avoid this possibility that the superintendent of Harrington Park, New Jersey — where Omer’s kids are enrolled in school — called him one day. The superintendent got word that Omer was in the door and security business, and wanted him to come check out the school’s front door and, if necessary, suggest a replacement as a way to keep out a potential shooter.

It was during this visit that Omer, a father of two, found out about what kids actually do during active shooter drills. During these drills, which now occur in just about every public school in the U.S., kids pretend as if there was an active shooter in the building. They have to hide under their desks and keep quiet and still in a dark classroom until the drill is over. Many times, these drills happen with no warning, and with no letter home to parents.

“My kids?! You’re putting my kids for 20 minutes, half an hour in the dark, and you think it’s normal?” Omer recalls asking. “I grew up with a country of terror and drills and this is wrong.”

It’s hard for us to know how effective active shooter drills really are. In fact, psychologists have noted that frequent and realistic drills can be harmful for kids, and cause anxiety and depression.

In Israel, Omer tells me, these kinds of traumatizing drills would never be acceptable. Yes, Israeli kids are familiar with terror and missile threats. For school drills, or during times of emergency, Israeli kids run to the merchav mugan, which literally means “protected space,” known colloquially as the mamad.  Since the Gulf War — which Omer and I both lived through in Israel — every new construction project, from private homes to schools, have to have a designated space that is a shelter from both bombs and chemical weapons. The mamad can be any room in the house, as long as its constructed to meet certain safety standards.

And so, when there’s a missile attack, Israeli kids know to run to the mamad and shut the door. They can bring coloring books and other activities to the safe space — no silence and dark required. This doesn’t mean that they avoid trauma, however. After Operation Protective Edge, Omer tells me, one of his nieces was so traumatized by the missile alarms that she was too scared to be in her bedroom in the dark by herself. The difference here is that this type of trauma is both familiar and expected — all Israeli citizens are familiar with it, unlike the quiet trauma of American active shooter drills that exist only on school grounds.

After the meeting with the superintendent, Omer needed time to think. And, after months of research, Omer realized that changing the front doors was not a solution. After all, the shooter usually comes from inside the school — either a student or a former student. And so, he turned his attention to classroom doors.

The door that he came up with, which is made in Israel, is not just a door: made of metal, it is both fireproof and bulletproof. With the door in place, a classroom with cinderblock walls is transformed into a safe room. The idea is to recreate the mamad in every American classroom. After all, school shootings are a type of terror attack, Omer said. And who knows terror better than Israelis?

Of course, bulletproof doors are not Omer’s invention. But what he helped create is an affordable ($2,500) bulletproof door that is fast to install and easy to operate. What’s more, since the REMO door fits over the existing doorframe, it takes just under an hour to install. And the door itself has no complicated electronic mechanism, just a simple analog palm lock. When demoing the door in a classroom, he asked a 5-year-old to lock the door from the inside. The fact that he managed to do it showed to Omer that this was truly a workable solution.

Moreover, Omer hopes the doors will be so effective that they might help end school shootings altogether. Like a guard checking bags at the entrance of every building in Israel, Omer hopes that his doors will deter shooters from carrying out attacks in schools.

The doors so far have been installed in dozens of schools, including Bnos Menachem, a girl’s Yeshiva in Brooklyn, the first school to get a government grant to install the doors. Omer’s doors have also been endorsed by 25 senators after a recent visit to the senate.

The doors aren’t just about keeping kids physically sound. Omer he recalls how stressed he was when his son, 11, came back home after a drill. “There was a school shooting today but we don’t know who died,” his son told him.

Later, Omer discovered what had actually happened: “They did a drill at lunch, and one kid had a nosebleed and they saw the blood in the corridor and they thought someone died,” he said.

Active shooter drills are traumatizing, not just for the students, but for the millions of teachers who have to go through them. But with the safe doors, things are different. Once the door is locked, and the kids are safe in their classroom. They don’t need to turn off the lights. They don’t need to be quiet. Just like in the mamad, where kids and adults can entertain themselves while they wait for safety, the kids and their teachers can have a semblance of normalcy as they wait for the lockdown to end.

When there’s a lockdown drill, kids can color, read, write, or chat with each other. In other words, they can go about their day. “Suddenly, lockdown is creative time,” Omer said.