Saying Kaddish for the Most Recent School Shooting Victim 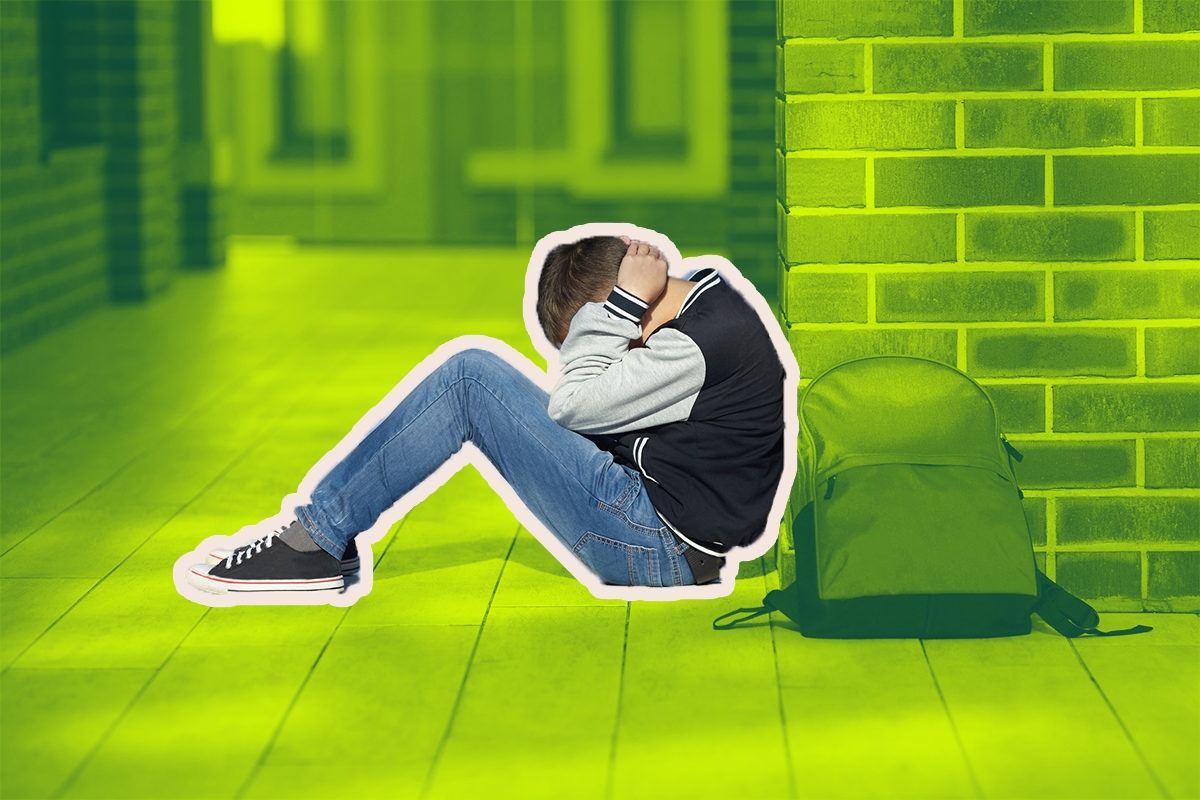 From the minute I got the first phone call on Tuesday afternoon, I was overcome with anxiety.

It was 2:30 and I was at one of my favorite coffee shops, working on a new book idea, when my phone rang. It was the Cherry Creek School District, telling me that my 14-year-old’s middle school was on “secure perimeter” — meaning there was a known danger in the area, and all students and staff had to stay within a designated area in the school, with all external doors locked and windows covered. This was due to a “situation” in Highlands Ranch, a Denver suburb that’s 12 miles from my own.

My worries magnified when I received a text a few minutes later from the Denver Jewish Day School, where my 11-year-old daughter is in fifth grade. They, too, were on a secure perimeter. Soon, I heard from a friend who’d arrived early DJDS to pick up her kids — that the security guard, who generally carries a side pistol, was standing at the entrance to the parking lot holding an AK-15 assault rifle. He stopped my friend — even with her familiar face and DJDS sticker on her car — to look in her backseat and ask her if she was being held hostage.

I continued to worry until 4:15, when both of my kids were finally at home, standing in my kitchen. By then, the local news stations were reporting that eight students at the STEM Academy in Highlands Ranch had been injured in a shooting. I caught a glimpse of the scene on TV, and it was horrifying: young children walking out of the school building with their hands grasped above their heads, as though under arrest; dozens of police cars and other emergency vehicles surrounding the school grounds.

I asked my kids if they’d been told what was going on, and they matter-of-factly reported that they had. Both told me that school progressed more or less as normal; my daughter said she couldn’t go to gym because, in order to access the building, she’d have to walk outside. My children were not nearly as scared as I was — this is their reality, their normal. In fact, just a few weeks ago, on April 17, their schools were closed for an entire day due to a threat by a young woman from Florida who came to Colorado specifically to reenact the Columbine shooting as its 20th anniversary approached.

The kids and I got ready for our evening’s activity. In an almost cruel twist of fate, we were headed toward a ceremony marking the beginning of Yom Hazikaron, Israel’s Memorial Day that commemorates fallen soldiers and victims of terrorist attacks.

I sat with my family at the Denver Jewish Community’s Yom Hazikaron ceremony, held at a local synagogue. My daughter’s glee club performed a beautiful song, and my husband, who was born and raised Pittsburgh’s Squirrel Hill neighborhood, spoke about the victims of the Tree of Life synagogue tragedy — and how his beloved hometown had joined the list of sacred spaces in the U.S. fallen victim to hatred and gun violence.

Still, my thoughts were with the STEM Academy in Highlands Ranch. I felt sad — synagogues and schools are supposed to be safe spaces in our society. My children, all children, have a right to an education. I as a parent, I have a right to feel free — not terrorized — to send my kids to school.

Soon after my husband spoke, I received a news alert on my phone: One of the victims, 18-year-old Kendrick Castillo, had died.

I burst into tears, devastated. I buried my chin into my neck, trying to hide my reaction. There, in synagogue, as I mourned Israel’s fallen, my heart broke into pieces for the parents who lost their child. A child who’d been doing the most normal childhood thing of all: going to school.

I buried my chin into neck, trying to hide my reaction. But I’m terrible at concealing my emotions; my kids witnessed everything.

Today, I know that despite my mourning for my neighbors and my country, I have to do better. I have to be stronger — if not for me than for my daughter, who woke up at 5 a.m. this morning, screaming.

She had a nightmare. We were in the mountains, she said, with the Gruenwalds, our dear friends who lost their son a little over a year ago to brain cancer. In her dream, we were hiking, and a moose came by, though it kept walking. But then, she said, there was a bear — and it attacked me, her mother. Hence the screaming.

Her dream wasn’t difficult for me to interpret. The “mountains” — meaning the Rockies — are why we moved to Denver eight years ago from Columbus, Ohio; we wanted a healthy, active, outdoor lifestyle. We also own a second home, at the ski resort Breckenridge, where we like to hike and ski, play and love. It’s where we most like to be — together — with those with whom we love to hike and ski and play and love.

In my daughter’s dream, I think the moose represents cancer. It got our dear friends, it got the brother of her classmate. But so far it has missed our family.

I think the bear, however, is a bullet. And it hit me.

I guided my daughter into my bed, where I tucked her in. I told her, “I am safe, and I will take care of you.”

That’s what mothers do, of course — we promise to protect our children. But just how will I do this? What does it mean to keep my kids safe if we continue to live in the United States — where there have been 15 school shootings so far in 2019, and there were three mass shootings in the past 11 days alone?

This is not the future I imagined for my family. I am trying to reimagine it with this reality, this life. I am trying to accept that my children are growing up in “Generation Lockdown.” I continue to call and write my legislators, and to donate money to organizations like Everytown for Gun Safety, Moms Demand Action, and Giffords: Courage to Fight Gun Violence. I also recently joined the board of a local group working for freedom from gun violence, Colorado Ceasefire. But is it enough?

At the Yom Hazikaron commemoration, a rabbi reminded me that, although Jews say the Kadish for the dead, it is actually a prayer for the future: “Yitkadal V’yitkadash,” meaning, “May he be exalted and sanctified.”

May Kendrick Castillo, who lost his life while at school just 15 minutes from my home, somehow be exalted and sanctified.

May his mother, his family, his community, and his country somehow be comforted among the mourners of Colorado, the United States, the world.

May we all commit to doing better, and being stronger. Amen.