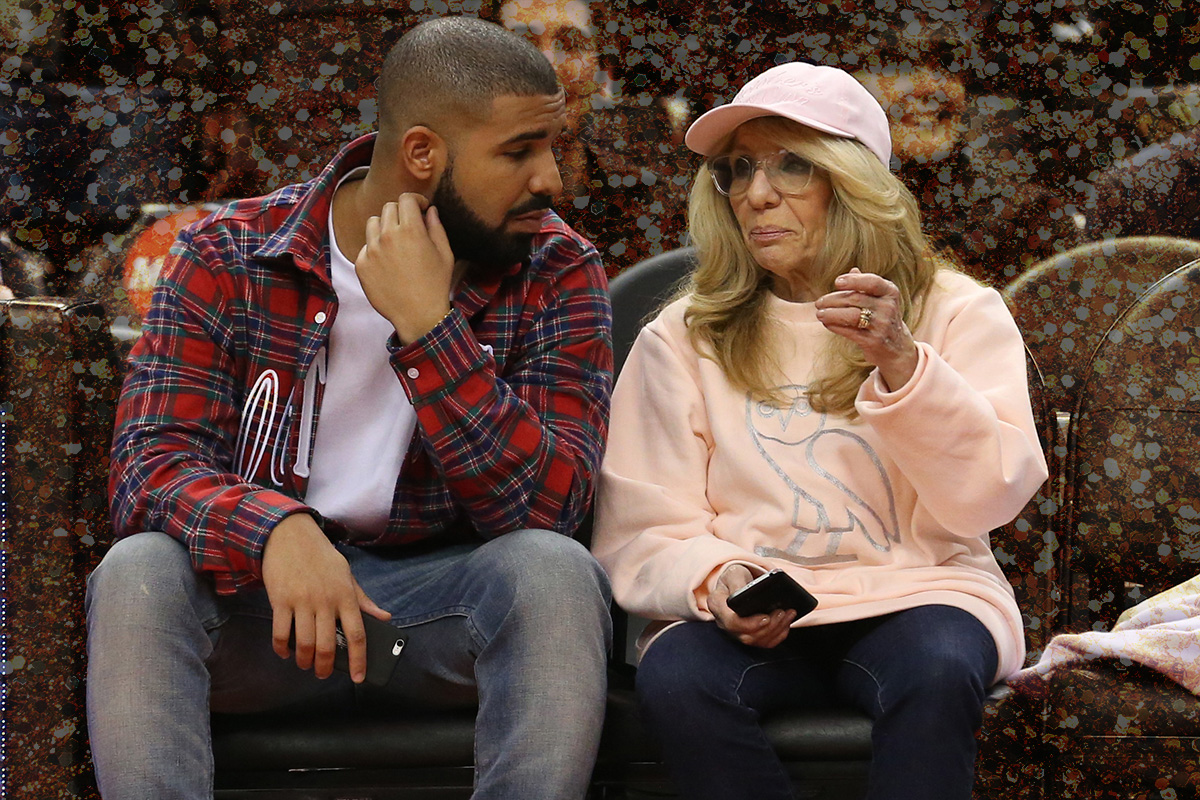 Drake dropped a surprising new video last week, and it has one very special guest of honor: his Jewish mom, Sandi Graham. Oh, and also a rabbi.

“Falling Back,” which premiered last Friday along with a surprise drop of the rapper’s new LP, shows the Jewish star getting married to not one, not two, but 23 women (is this a 23andMe reference? Because, um, we’re pretty sure there’s a lot of Ashkenazi Jew in those results). The ceremony is led by an Orthodox rabbi who asks the rapper’s numerous brides, “Do you commit yourself to being a good wife, according to our values and traditions?” It’s kind of a full circle for a rapper who famously recreated his bar mitzvah for another music video, “HYFR.” (And also, on SNL.)

The video has a ton of other Jewish details, as this article on JTA recounts — there’s a hora, the waving of napkins and something that closely resembles a bedeken ceremony.

Sandi, 62, wears black (a bold choice!) and smiles adoringly at her son throughout the wedding ceremony. At one point she excitedly exclaims, “I think he’s really taking this one seriously.” Honestly? We think she’s the secret star of this entire over-eight-minute affair.

A now-retired school teacher, Sandi raised Drake, who was born Aubrey Drake Graham, by herself after she divorced his father, drummer Dennis Graham. Drake, whose son, 4-year-old Adonis looks a lot like Sandi, says that his parents’ divorce was really impactful in his life, “I had to become a man very quickly and be the backbone for a woman who I love with all my heart, my mother.” He was raised in Toronto, and much of his music mentions both the city and the most important woman in his life — “I only love my bed and my momma, I’m sorry,” he raps in “God’s Plan.”

“I think over time you realize that your presence, despite your child’s age, it continues to be invaluable,” Sandi said in a recent promo video for Drake’s new candle line, Better World Fragrance House. “And the role of mother never comes to an end.”

Amen to that, Sandi!

We love that Sandi was game to partake in this very untraditional project and, honestly, she should star in all of the rapper’s videos.