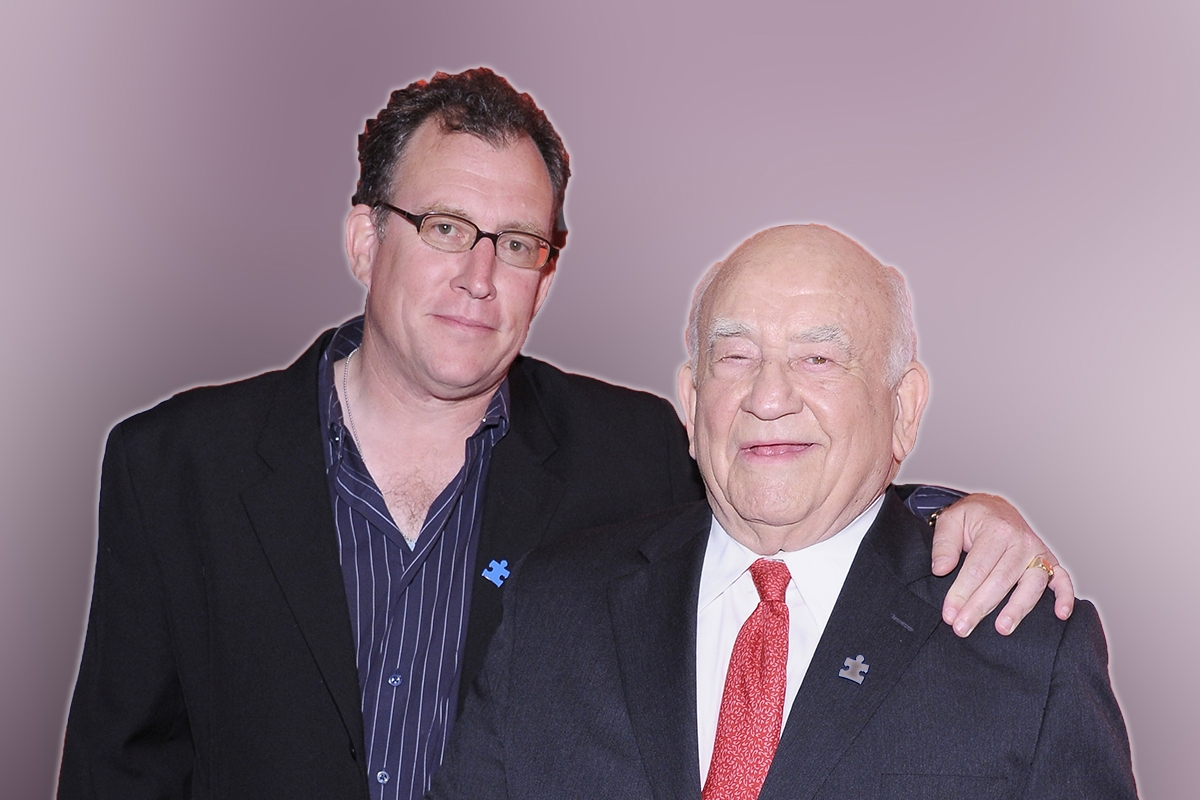 Ed Asner, the prolific Jewish comedian who won Emmys and hearts as Lou Grant on “The Mary Tyler Moore Show,” and who later became an icon when he voiced bespectacled pensioner Carl Fredricksen in the Pixar film “Up,” died  this Sunday at the age of 91.

Asner, who was born in Kansas City to an Orthodox Jewish family, had four children: twins Matthew and Liza (born in 1959), daughter Kate (1963) and youngest son Charles (1987). He was also a “zayde,” as his daughter-in-law Navah Paskowitz-Asner called him, to 10 grandchildren.

Asner’s devoted family took to Twitter to announce their father’s passing. “We are sorry to say that our beloved patriarch passed away this morning peacefully,” his family wrote from his personal Twitter account on Sunday afternoon. “Words cannot express the sadness we feel. With a kiss on your head- Goodnight dad. We love you.”

In many ways, we all grew up with Asner, whose complete IMDB page reads more like a biblical scroll, and whose career spans over half a century. If you grew up watching TV anytime between the ’70s and now, you’ve probably heard his trademark voice — the one that, after his unforgettable role in the 2009 animated Pixar feature “Up” — made people wish there were Oscars for voice acting, just because he was that good.

Ed was our real life Carl Fredricksen: a veneer of grouch over an incredibly loving and kind human being. Russell, Dug, and all of us at Pixar will miss him terribly. pic.twitter.com/7jZJUbiHD9

Asner was in his 40s when he became famous as Lou Grant, Mary Tyler Moore’s editor and boss in the “Mary Tyler Moore Show.” So beloved he was that he won five Emmys for the role of the gruff journalist who was secretly a bit of a softie. Over the years, he kept playing newspaper editors — in “Spider-Man” where he played J. Jonah Jameson, Peter Parker’s boss at the Daily Bugle, as well as an editor who hires Homer in an episode of the “The Simpsons.”

Asner started his career as a voice actor in the late ’80s, and quickly became a recognizable voice for both villains in shows like “Captain Planet,” as well as quirky sidekicks, like in “Freakazoids!” Honestly, it’s hard to find an animated show he didn’t take part in.

What’s more, after his role in the 2003 movie “Elf,” Asner became for many the voice of Santa Claus (though he’s hardly the only Jewish man to play the bearded Christmastime gift-bearer!).

In some ways, you could say Asner was a gruff but lovable Jewish father figure for all of us, his voices and characters marking our lives and childhoods.

Sending love to The great Ed Asner’s family. An icon because he was such a beautiful, funny and totally honest actor. No one like him. https://t.co/GgI4pY4aCH

And yet, Asner has admitted he wasn’t always the ideal father to his children. “I didn’t spend enough time with their kids and eventually both with their mother and with their friends they drifted their own ways. It’s consistency that counts with the kids,” he once said in an interview about his life, “and in those early years I failed to be a consistent father.”

But it seems that Asner tried to atone for that later in life. In a 2012 interview with the Forward, he interrupted the interviewer to answer a phone call from his youngest son, Charles, who is autistic and who was concerned about his lost goose. Along with Charles and his daughter-in-law, who have three autistic sons, he founded and ran the Ed Asner Family Center, which offers arts classes and mental health support for neurodivergent individuals and their families.

Asner’s Jewish parents raised him in Kansas City. He was especially close to his mom, Lizzie, an immigrant from Russia, whose potato latkes were his favorite food. His father, Morris, was a steel worker and an immigrant from Lithuania. The two didn’t initially approve of their son’s career, but after seeing him play Rabbi Azriel in “The Dybbuk,” his father admitted that his son was a convincing actor.

Happy Mothers Day to all of you incredible moms out there. Sending hugs to @NavahPaskowitz and the entire Paskowitz family. This is a picture of my mother and father. Miss you Mom (Lizzie) pic.twitter.com/aqhqBXrHWy

Asner had many Jewish roles over the years, from Holocaust survivor in the play “The Soap Man,” to evil stepfather Sid Weinberg in “Cobra Kai.” He even narrated  “The Tattooed Torah,” an animated version of the children’s Holocaust education tale.

In one of his last TV roles, Asner played a loving father figure to Linda Cardellini “Dead to Me” — the incredibly addictive Netflix show starring Christina Applegate and created by Liz Caplan. Asner’s character, Ed, was a flirty but unconditionally supportive old man, and ode to every sweet Jewish grandpa, ever.

Happy Birthday to @TheOnlyEdAsner. The person that can make me laugh like no one else. I love you and am so happy that we have our daily kibitz sessions. pic.twitter.com/ArzFNGIiNi

As far as Judaism goes, Asner tried to pass onto his children what he considered the most important part of being Jewish: “I was raised to believe that giving back to your community is the good and right way above all,” Asner, who was known for his philanthropy and activism, said in 2005 interview. “And that we were needed to uphold the faith, and if we upheld it, we would be doing right.”

His most important role as a Jewish parent, he said was “to pass on this legacy of ‘giving back’ to my children, to fill the vacuum in this sector of Judaism I will leave with my passing.”

Our hearts go out to all of Asner’s family. May his memory be a blessing.