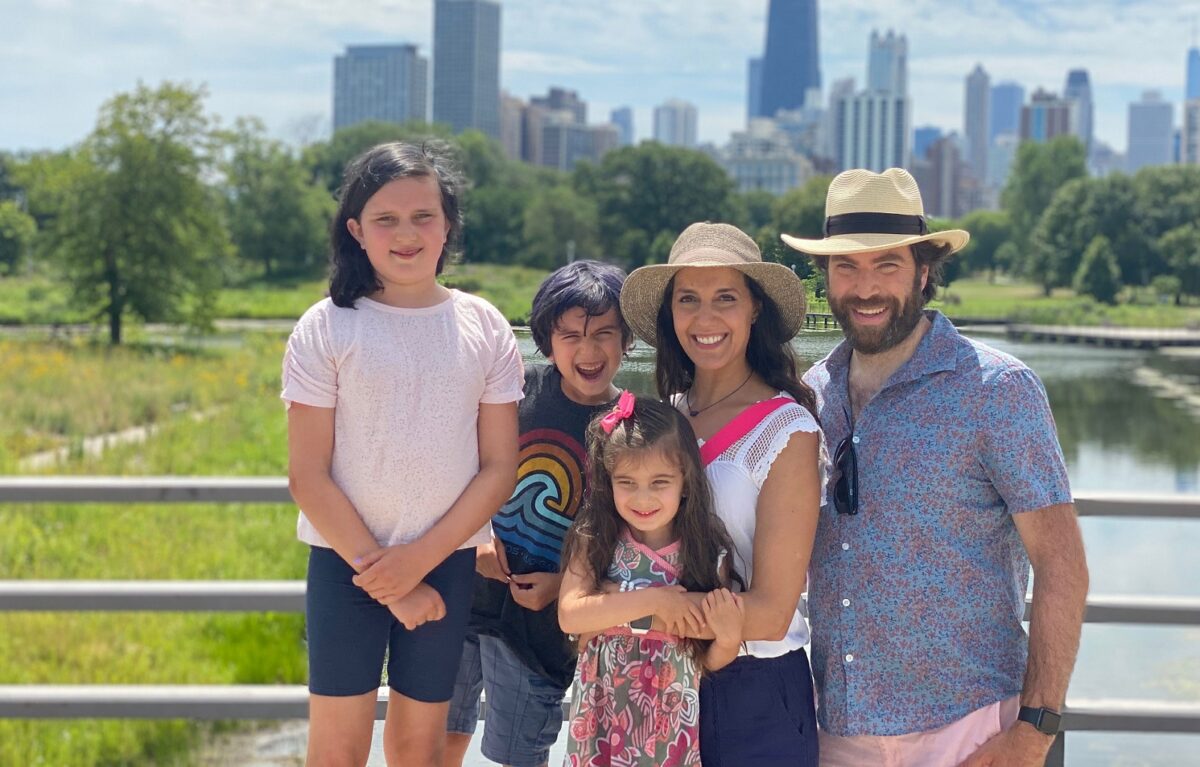 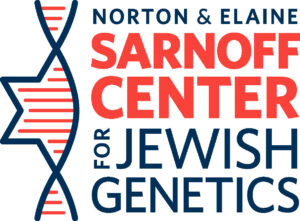 The Norton & Elaine Sarnoff Center for Jewish Genetics is a community resource that provides education about recessive Jewish genetic disorders and hereditary cancers, and access to expertise. Based in Chicago, the Sarnoff Center is a supporting foundation of the Jewish United Fund, and is supported in part by the Michael Reese Health Trust.

“When I see myself in the mirror, it’s a new normal,” says Sivan Schondorf, describing her body after undergoing risk-reducing surgery due to a mutation in her BRCA1 gene. “Having children, that has changed my body so much more than just having the mastectomy. These are the scars of motherhood. These are the scars of being a human and having survived life,” she states proudly.

Schondorf was 23 — and not yet thinking about having children — when she learned she carried a BRCA mutation, which put her lifetime risk of developing breast cancer at nearly 90 percent. She was not the first in her family to face BRCA. It was her aunt’s devastating breast cancer diagnosis several years earlier, at the age of 47, that had left the family desperate for answers.

They sought genetic testing and learned that Schondorf’s aunt, mother, and grandmother each carried a BRCA mutation. Within months, her aunt passed away, her grandmother received a breast cancer diagnosis, and her mom underwent surgeries to reduce her own cancer risks.

In addition to their link to breast cancer, BRCA mutations also increase the risk of ovarian cancer, male breast cancer, and several other malignancies in both women and men. Unfortunately, stories like Schondorf’s are too common, especially in the Jewish community. BRCA mutations affect about one in 40 individuals of Ashkenazi Jewish descent — a rate about 10 times higher than in the general population.

What’s Jewish About Hereditary Cancer? will be the subject of a free virtual program on the evening of Wednesday, October 21 presented by the Norton & Elaine Sarnoff Center for Jewish Genetics, a Chicago-based nonprofit. The panel event will feature:

The program will provide resources to help attendees stay proactive about their own health, support loved ones facing a BRCA or cancer diagnosis, and talk to relatives and healthcare providers about family health history.

Family health history is an important tool to assess a person’s risk of hereditary cancers, among other genetic diseases. BRCA mutations often run in families, passing down from mothers and fathers to sons and daughters. If a parent has a mutation in a BRCA gene, there is a 50 percent chance each child will inherit that mutation. When individuals capture and share pertinent family medical information, their healthcare providers can better identify any patterns and create plans to reduce risk, if necessary.

Schondorf and her family feel grateful for the knowledge that her aunt provided. “She’s really the one who saved my whole family,” Schondorf explains, “even though the information wasn’t able to benefit her.” Schondorf credits both her aunt’s battle with breast cancer and her mom’s decision to preventatively remove her breasts and ovaries with helping her feel empowered to make tough decisions around her own care.

After several years of biannual doctor appointments for surveillance, Schondorf had a double mastectomy with reconstructive surgery just shy of her 28th birthday and a few months before her wedding. She wanted to focus on her health and put the surgery behind her before planning for a family.

“We knew we were going to have children and there’s one risk that we had — not eliminated completely, but — really managed,” said Schondorf’s husband, Mark. “We knew that life could bring a lot of things, but it wasn’t going to bring breast cancer.” The double mastectomy reduced Schondorf’s risk of developing breast cancer from nearly 90 percent to less than 5 percent — lower than the average woman’s lifetime risk of breast cancer.

Schondorf emphasizes that the path she chose is not the only option. Some women decide to wait until they are finished having kids to undergo surgeries; others opt for increased mammograms, breast MRIs and other forms of surveillance and medical management rather than removing breast tissue. There is no “right” decision and she urges individuals to seek professional guidance from genetic counselors, who have advanced training in both medical genetics and clinical psychology.

Genetic counselors conduct comprehensive risk assessments to help individuals and families make personalized, informed decisions about genetic health. These licensed professionals are accessible through local health systems, in a private practice setting, or through a community program, such as the Sarnoff Center for Jewish Genetics in Chicago.

Though she had fleeting moments of sadness following the births of her children, Schondorf knows she made the best decision for her family. “People might wonder if I lost my identity or my womanhood,” she said. “My only answer: BRCA helped me find meaning.

“I feel healthy and strong, with fabulous aesthetic results. While I sacrificed the ability to breastfeed, I have the opportunity to see my children grow, to be there for their simchas, and for their life challenges.”

Learn more at What’s Jewish About Hereditary Cancer? on Oct. 21 at 7 pm CST. The virtual program is free; pre-registration at juf.org/hereditary is required.

This is a paid post. Kveller’s editorial team had no role in its production.