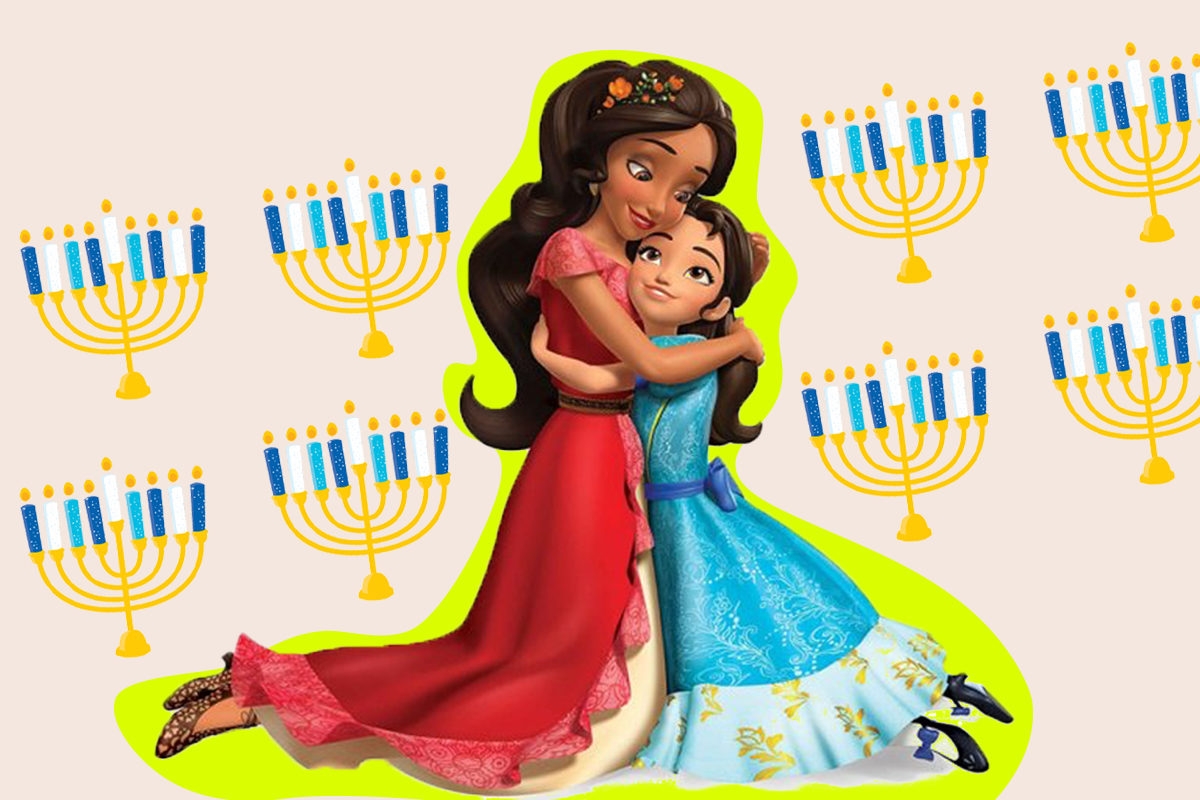 About a year after Jewish comedian Sarah Silverman posited that her character in Disney’s Wreck-It Ralph, Vanellope von Schweetz, is, in fact, a Jewish princess, we’re back with some truly stellar news: The universe is getting another Jewish Disney princess.

And this time, the princess’ Jewish identity is in the script.

In possibly the most exciting news you’ll hear all week, Jamie-Lynn Sigler (yes, Meadow from The Sopranos) announced Tuesday that she’ll guest star in a Hanukkah-themed episode of Elena of Avalor as a — wait for it — princess from a “Latino Jewish kingdom.”

For those unfamiliar with the animated Disney Channel series, titular character Princess Elena Castillo Flores is a 16-year-old who saves her kingdom of Avalor by defeating a dark sorceress. With the help of family and friends, Elena learns how to govern her people as she navigates adolescence. (And you thought your plate was full!)

I am so excited to voice Disney’s first Jewish princess 💁🏽‍♀️❤️❤️❤️ https://t.co/TISMnknDyQ

We don’t know yet what the story line will be for Sigler’s Jewish-Latina princess, but we do know that we’re seriously stoked. And apparently, the Jewish actress is as thrilled as we are. As she tweeted yesterday: “I am so excited to voice Disney’s first Jewish princess.”

As amazing as this is, “first” is slightly up for debate. Although Silverman insisted that her character was Jewish — “nobody said no,” she said — and the directors agreed with her, Princess Vanellope’s religious and/or cultural identity wasn’t something addressed in Wreck-It Ralph. (Totally shocking, we know!) By contrast, it sounds like Sigler’s character’s identity is a key plot point in this forthcoming Elena episode.

We’re totally rooting for this Hanukkah episode that’s actually about Hanukkah. “Can it be a Hanukkah episode and not a ‘Look, it’s Christmas, but that one girl is celebrating Hanukkah’ episode?” fan Jessica Russak-Hoffman asked Sigler on Twitter.

“Thanks Disney and mazal tov on being a Jewish Disney princess, Jamie-Lynn!” Russak-Hoffman said. “My daughter will be SO EXCITED and want the Purim costume!”

Sigler is the perfect person to voice the character of an explicitly Jewish Disney princess. The Jewish mom — who shares sons Beau, 6, and Jack, 1 with her husband, baseball player Cutter Dykstra — strongly identifies with her Jewish roots. The 38-year-old went to Hebrew school, had a bat mitzvah, and called Israel “one of the most beautiful inspiring places [she’s] ever been to” after completing a Birthright trip.

We can’t wait to meet the new royal addition!