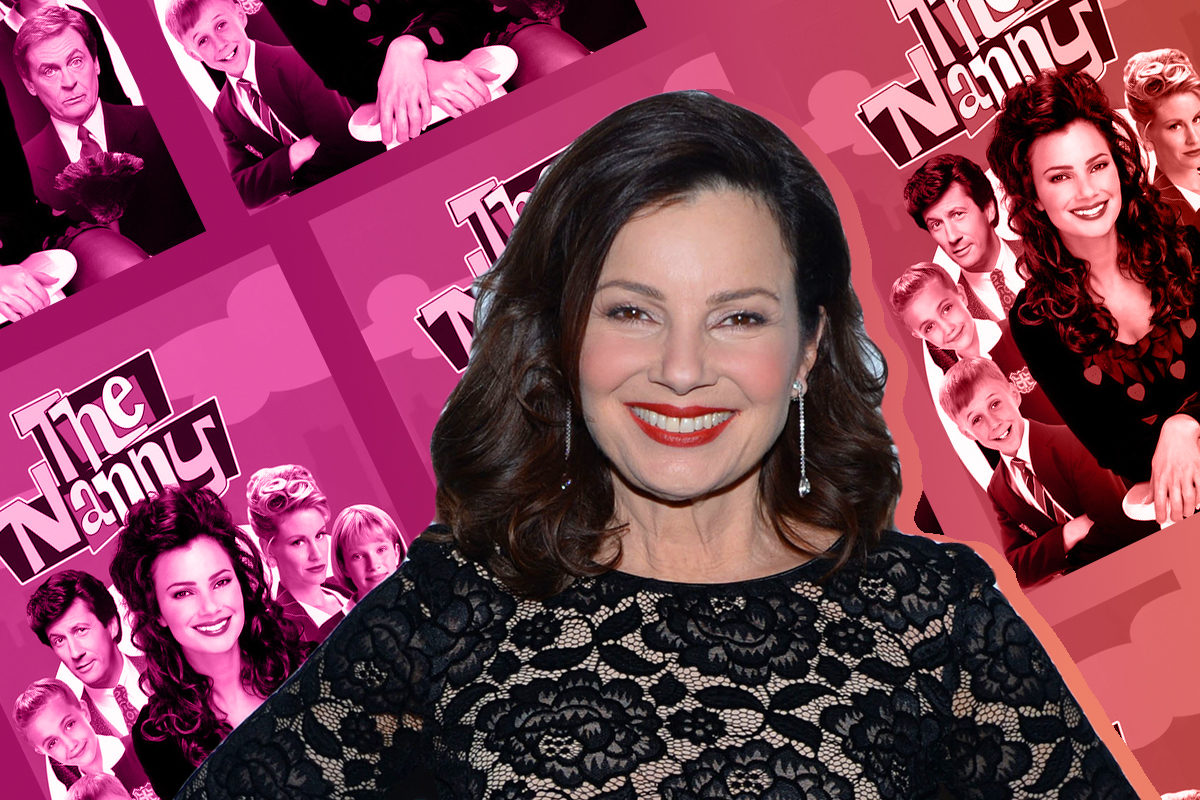 Huzzah, something to get excited about!  Fran Drescher, our style queen, and the cast of The Nanny are reuniting for a one-time table-reading of the pilot episode of the iconic sitcom! The live Zoom reading will air on Sony’s Youtube page this coming Monday, April 6.

Admittedly, when Drescher announced on Twitter last week that she had some exciting news for The Nanny fans, we all hoped that meant that our favorite show about a Jewish nanny from Queens would finally be made available to stream in its full glory. Nonetheless, we’re happy to have Fran Fine and Mr. Sheffield reunited in any way possible!

“Laughter is the best medicine! So, in these challenging times, Peter and I thought, wouldn’t it be great if we pulled together the original cast of The Nanny for a virtual read of the pilot,” Drescher told Variety, referring to her ex-husband and series co-creator, Peter Jacobson.

“It’s a once in a lifetime Pandemic Performance for our fans around the world who are currently stressing in isolation and could use a real upper!” she added. “It sure has given each of us a lift and we hope it does for you as well.”

Among the familiar faces we’ll see in the live reading is Jewish actress Renée Taylor, who plays Sylvia Fine, Fran’s gluttonous, overbearing but also seriously adorable mother. Rachel Chagall will reprise her role as Valerie “Val” Toriello, Fran’s best friend and the owner of the bridal shop in which she works. (While Valerie is Italian in the show, Chagall herself is a member of the tribe.)

One Jewish actress who won’t be reprising her role is the amazing Ann Morgan Guilbert, who played Yetta. Guilbert passed away in 2016, but she is forever iconic in our hearts.

We’re truly stoked to have the OG Jewish sitcom — aside from the The Goldbergs, which aired from 1949 to 1956 — back for a brief moment. And did you know that The Nanny almost wasn’t Jewish? According to The Cut, “a major conglomerate offered to sponsor the show provided Fran be rewritten as Italian.”

“We thought about it because we knew it was our big break,” Drescher told the magazine, “and we didn’t want to be difficult. But I thought of Neil Simon because he said, ‘Write what you know.’ I didn’t know Italian like I know Jewish. So I mustered up my chutzpah and told them Fran Fine must be Jewish. And they said, ‘Okay.’”

And we’re so glad that she did! It was thanks to Drescher that Fran is so Jewish — you see, the character is based on her life. Like the fictionalized Fran Fine, Drescher is a Jewish girl from Queens. Her parents’ names IRL are Sylvia and Morty, and her mother was a bridal consultant. The Nanny featured a visit to a kibbutz, a bris, a lot of Yiddishisms and many Jewish guest stars (including Elizabeth Taylor!).

And while some have complained the show’s portrayal of Judaism was stereotypical, it has made many young Jewish girls like myself feel seen and validated and gave them a gorgeous, colorful, nasal-voiced, and unapologetic Jewish idol to look up.

One such young viewer was Rachel Bloom, creator of Crazy Ex-Girlfriend, who told The Cut that the show was very formative for her. She’s currently working on a musical based on The Nanny, an exciting diversion that I am personally so looking forward to happening after all the pandemic madness is through.

We’re thrilled about this cast reunion and have already bookmarked Sony’s YouTube page for the occasion! And if you’re looking for some Fran Drescher content to stream, there’s her new, super-Jewish show, Indebted and her 2005 show, Living With Fran both currently available for streaming on Hulu. While the latter is not The Nanny, it is incredibly Jewish — Ben Feldman, of Superstore fame, plays Fran’s son, and Fran herself plays a Jewish divorce dating a much younger man. It’s a delightful distraction and perfect for these fraught times.