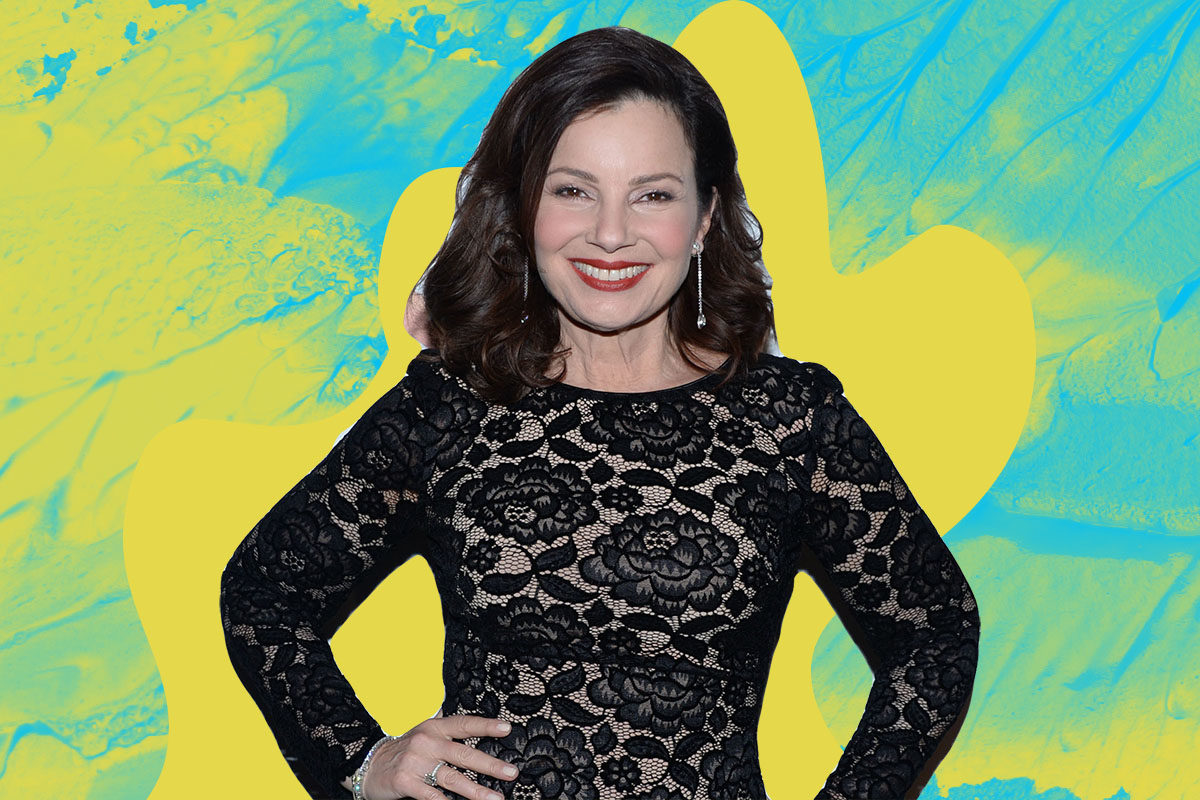 Fran Drescher started it all. She gave us a loud and proud Jewish woman to look up to in a TV landscape that was otherwise pretty barren when it came to Semitic role models.

While she was not the first Jewish TV heroine (there was Rhoda and Molly Goldberg), Drescher’s titular character in The Nanny embraced her Jewish identity with an exuberance never seen before on the small screen. She wore her curly Jewish hair big, she flaunted her Queens accent, and she dressed in every color of the rainbow and every pattern conceivable. Fran Fine, AKA the nanny, was over-the-top, technicolor, loud, and — more than anything — extremely lovable.

And now, 21 years after the last episode of The Nanny aired — and seven years since Drescher graced our TV screens as Fran Lovett in Happily Divorced — she’s coming back to TV!  Drescher is starring in a new sitcom on NBC, Indebted, and it’s a very Jewish show. Drescher plays a “a 2020, older version of Fran Fine,” she told TV Insider.

“When I first started out, I always said I played the hooker with the heart of gold, but now I’m playing the grandma,” Drescher said. That’s right, Drescher is going to play a bubbe!

In other fabulous news you may have missed, the actual Fran Fine character is coming coming to Broadway. It’s true: Drescher, Rachel Bloom, and a bunch of other great talents are at work on a musical version of The Nanny! This development makes so much sense — after all, Fran Fine’s fictional employer, Maxwell Sheffield, was a big-time Broadway producer!

In Indebted, an NBC sitcom created by producer Dan Levy (no, not that Dan Levy), Drescher plays Jewish matriarch Linda Levin, who, Drescher says, “definitely has a lot of zhuzh.”

Her husband, Stew, is played by TV veteran Steven Weber, who joked: “It was time to play a Jewish person. I’ve done everything else.”

Linda and Stew are, like many boomers, down on their luck and in debt due to overwhelming medical bills (something that bankrupts 643,000 Americans each year, according to the show’s trailer). So, they move in with their son, Dave, played by Adam Pally, and his wife, Rebecca (Abby Elliott) — who Drescher jokingly calls “a shiksa goddess” — and their two young kids.

You can always fall back on your parents… right?@NBC Presents #Indebted, a new comedy premiering Thursday, February 6. pic.twitter.com/EsNkkurUIJ

And while Dave and Rebecca may think they’re in for unlimited free babysitting, the two soon find out, as many millennial parents do, that they instead have to babysit (or bubbesit, if you will) their parents.

“My friend John’s parents are living in his basement. It’s a very real thing,” Levy told the Jewish Journal. Levy, who is also producer on The Goldbergs, is no stranger to making TV shows based on Jewish families; The Goldbergs is based on creator Adam Goldberg’s childhood.

Indebted is actually based on Levy’s own boomer parents, who suggested they’d move into his home in California after they retired. “Millennials are a lot more aware of having financial responsibility,” Levy told the Jewish Journal. “Baby boomers made a lot of money in the ’80s but they spent and didn’t plan.”

Still, more than anything, this show seems to be about a close and loving Jewish family. Jessy Hodges plays Joanna, the youngest Levin daughter, and in the trailer, her mom helps her swipe through a dating app. Sure, Linda and Stew are fiscally irresponsible, overly critical of their children (specifically, their daughter’s feet), and Linda leaves  glasses with lipstick marks all over the house. But if you are in your 30s and you actually let your parents move in with you? That’s usually because you love them. A lot.

Just like Levy — who had his “son’s bar mitzvah in Israel” and his “daughter’s bat mitzvah on ‘The Goldbergs’ set” — this show is super Jewish. There’s even an episode set at a shiva for a 103-year-old aunt who passed away.

Adam Pally, who plays Dave, the unsuspecting son whose parents become his new roommates, is himself Jewish and no stranger to playing Jews — his character on the sitcom Happy Endings, Marc Blum, was also a member of the tribe! In real life, the Jewish dad of three — who once rode into an appearance on Conan on a skateboard attached to his bubbe’s motorized wheelchair — is also part of a family of Jewish entertainers.

“My parents were entertainers. My dad was an actor and they were both in a band called Pally and Pal that toured the Catskills — that’s how they made their money,” he told Interview magazine in 2014. (Unfortunately, the two eventually gave up their showbiz dream  — Pally’s dad became a doctor and his mother, a nurse.)

Other Jewish guest stars include Richard Kind, who will play Linda’s brother in three episodes of the show.

And it turns out, while Levy had envisioned Drescher as perfect for the role, things weren’t so straightforward when it came to casting. “The pilot script said, ‘This character, in every way, is a Fran Drescher type,'” Drescher said. “My manager actually called and said, ‘Well, what about Fran Drescher, and the casting people said, ‘We’ll have to get back to you.'”

Well, we’re so glad they did! Indebted premiers on NBC on February 6. We can’t wait!