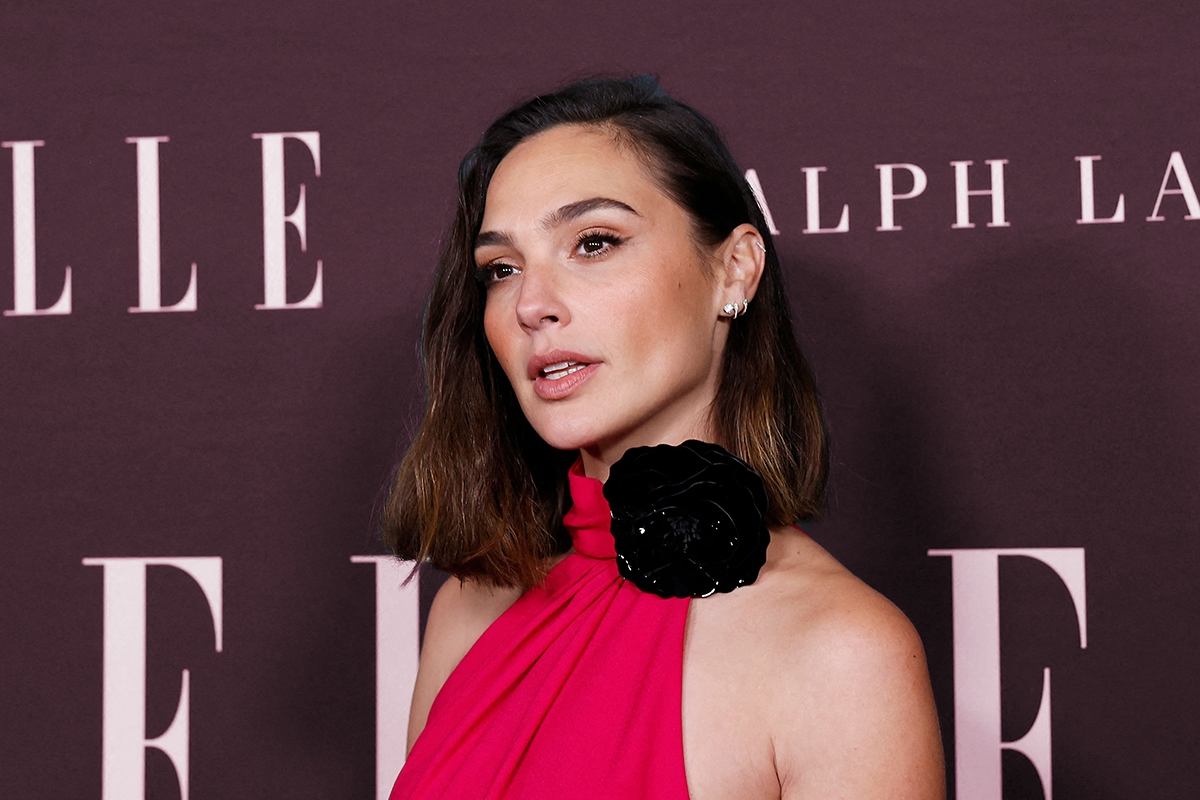 A recent Gal Gadot interview with InStyle is full of little gems about the “Wonder Woman” star — including what she learned from her military service, insight into her parenting, lessons learned from her Jewish mom and her favorite Hebrew word — which, I have to say, totally fits her attitude.

In a video interview, Gadot shared her favorite word in her native tongue: “It’s in Hebrew and it’s actually from Arabic and it’s ‘sababa,’ which means cool.”

Sababa most probably comes from the Arabic word for “longing” or “strong desire.” Arabic speakers in Israel use it in the same way that it’s used in Hebrew: to mean “good,” “cool” or even “great,” depending on the intonation, and often as an answer to questions like, “How are things going?” or “How are you feeling?” The word has been used in Israel in that context since the 1960s.

It’s also used as an affirmative answer to other questions. Like, if I asked you if you wanted to rewatch the original “Wonder Woman” tonight, you could say “sababa” for yes. Earlier this year it was voted as the most indispensable Israeli slang word in a poll conducted by the Academy for the Hebrew Language.

Honestly, it’s not surprising that this is Gadot’s favorite Hebrew word, since she seems to be sababa with everything, including admitting when she was wrong. In the InStyle interview, she talks about the blowback to her pandemic rendition of “Imagine” — the video she released in the early pandemic of her and a bunch of fellow celebrities singing the John Lennon song that she candidly admits “was in poor taste.”

It’s an attitude that she possibly got from serving in the Israeli army as a combat instructor (while it might sound intense, she was basically a fitness instructor in uniform: “I’d just go to the gym at 5 a.m. and go back home at 4.”). The most important lesson that she got from her service was “that it’s not about me, I’m not the center of the world. When you’re 18 and you feel like the world [revolves] you, the army shows you that it actually doesn’t.”

Gadot also gets her sababa attitude from her Jewish mom, who taught some pretty important lessons about self-respect, like how to not let the wrong people into her life, and how to say no. That lesson has helped her to ask for equal pay in her acting roles.

“I’m a pleaser, and when I was little, I used to double-book playdates because I felt bad saying no. My mom told me, ‘When you say no, people respect you more,'” Gadot shared. “I have a fight within me — the pleaser and the girl who wants to be assertive. So, with money, it’s not always about the sum, but if my fellows left and right are making this and I’m bringing the same value, I would love to be equal. I don’t like the word ‘respect’ because it has ego elements, but people take you more seriously when you treat yourself seriously.”

One thing the Jewish mom of three — Alma, 10, Maya, 4, and Daniella, 9 months — is not a fan of is having to leave her kids behind for shoots. She recalls crying in Wonder Woman’s famous Invisible Jet when her eldest, Alma, asked her why she couldn’t be at her school show: “I was shooting a scene in London on a gimbal of an airplane, and I was stuck there. Alma had a show at school that I couldn’t go to, and I spoke to her afterward and asked, ‘How was it?’ She was crying, asking me why I wasn’t there. Then I started to cry, but I was trying not to show Alma that I was crying.”

Perhaps the most surprising thing that Gadot does feel sababa about is giving birth.

“I love giving birth. I would do it once a week if I could. It’s so magical,” she told the magazine, much to the perplexity of… most people who have ever given birth. (Or at least, this person.) In case you thought Gadot has some superhuman pain tolerance, she also said that “I always take epidurals, to be fair, so it’s not so painful.”

In case you thought the Jewish mom was planning to give birth as often as humanely possible, she admitted that she hardly feels the same way about birth that she does about, you know, everything that leads up to it: “The pregnancies are hard for me — I feel sick and have migraines. I’m not in my element.” You heard it here first: being pregnant is not sababa.