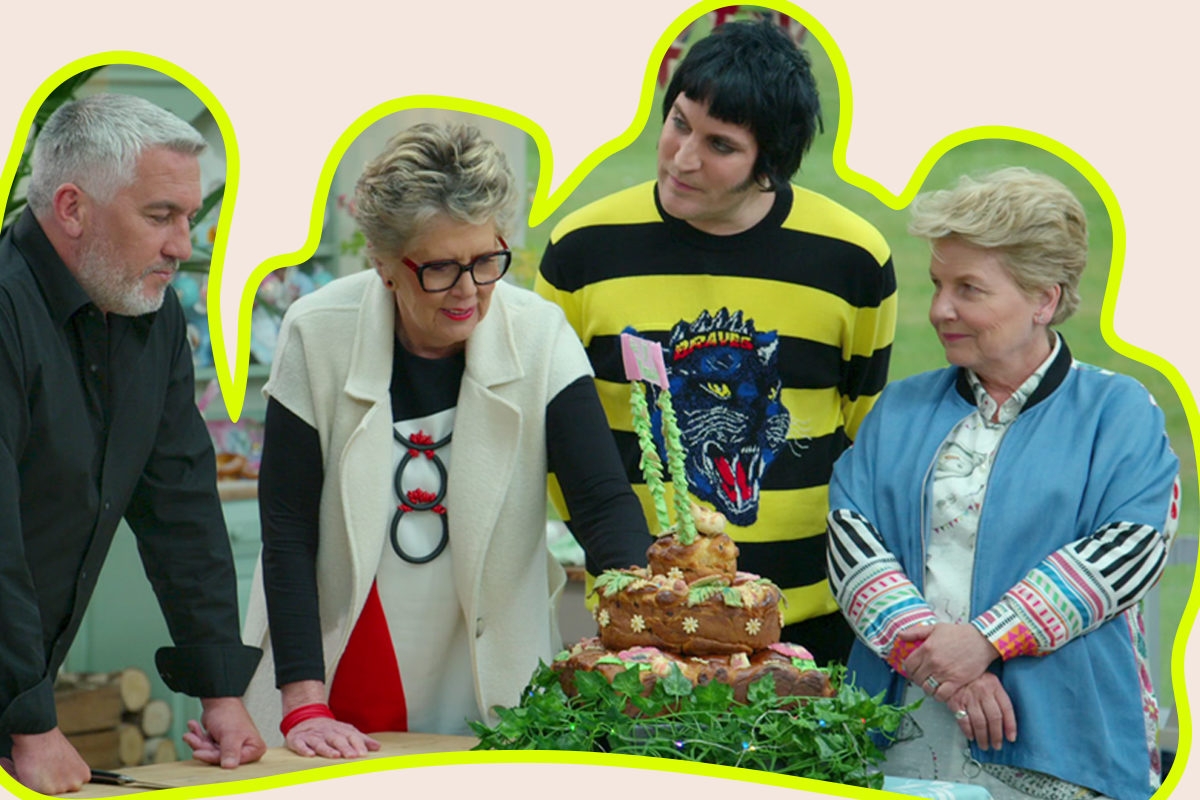 You probably know Sandi Toksvig, 61, as cohost of The Great British Baking Show, AKA the best show on Netflix. She cheers up contestants on the verge of tears over their rubbery cakes with baking puns and kind words.

But you may not know that this remarkable British-Danish broadcaster (and founder of a feminist political party in the U.K.) is also the author of several children’s books.

One title, a middle-grade novel called Hitler’s Canary, tells the story of the Danish resistance during World War II. It’s narrated by a young boy named Bamse. His family — including his mother, Marie, a famous actress in German-occupied Copenhagen — go to extreme lengths to protect the city’s Jews, including hiding families in their apartment from the Nazis.

Remarkably, Bamse isn’t fictional. The boy is based on Toksvig’s father, Marie is based on her grandmother, and the family’s heroism was real.

In 1943, after the plot to deport Denmark’s Jews to concentration camps during the High Holidays was leaked, Danes like Toksvig’s family helped hide members of the Jewish community from the Nazis. Eventually, they aided the Jews’ escape to neutral Sweden — just 10 miles across the Baltic Sea — on fishing boats. Thanks to the efforts of Toksvig’s family, among others, nearly all of Denmark’s Jews successfully escaped.

Toksvig’s grandparents had bravely created a false wall in their living room, behind which they hid Jews en route to safety in Sweden. One day, when the family received news that SS officers planned to raid their apartment, Toksvig’s grandmother cut her own legs with a knife, and applied stage makeup to the wounds to make them look extra gory.

Her grandmother was so convincing — and her sore-ridden legs so off-putting — that the Nazis apologized for intruding and left, thus ensuring the Jews hiding behind the false wall were saved.

Sadly, this act of bravery ended badly. Toksvig’s grandmother was in so much pain from her wounded legs that she was given morphine. She then became addicted to the opioid, and effectively ended her husband’s artistic career as he fought to sustain her addiction.

Still, her legacy is beautifully honored in Hitler’s Canary, which details this lesser-known piece of Holocaust history with humor, thoughtfulness, and a palpable sense of adventure.

“It was the finest example of cooperation in the face of injustice,” Toksvig wrote of her family’s incredible story in The Guardian in October 2019. “My family had no reason to risk their lives for strangers, but when I asked my father why they had done it he simply shrugged and said: ‘It was the right thing to do.'”