Having a Baby Has Only Made Me More Pro-Choice 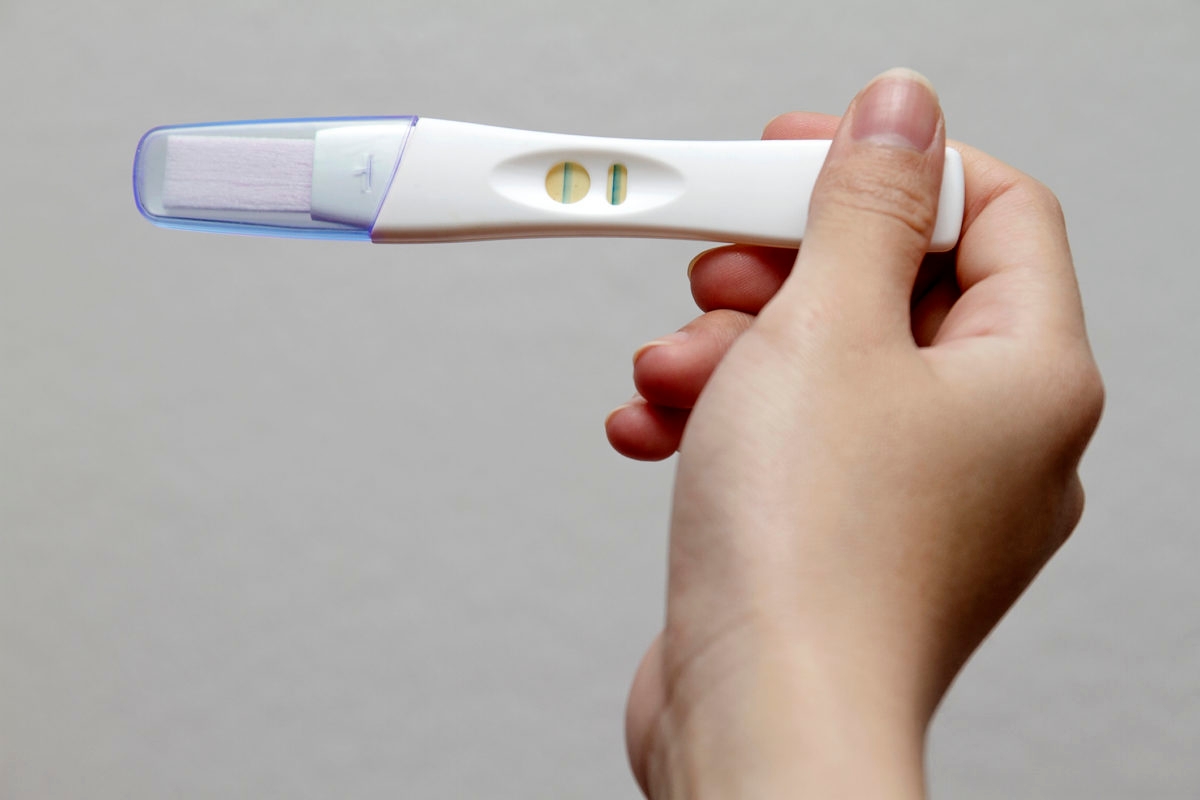 I grew up in a conservative, lower middle-class, primarily Caucasian, small Midwestern town. It had a strong Christian and Catholic presence. You knew not to make plans with friends on a Sunday morning.

However, my family was the anomaly. I was raised Jew-ish (emphasis on the “ish”), the daughter of a divorced hippie mom who had lived in a legit commune in the 1970s. So I pretty much arrived on this earth a fully-formed progressive. I was ready to fight the primarily conservative town population about gay rights, misogyny, or racial equality. I distinctly remember, at just 16, having long debates about the death penalty with a high school boyfriend. You know, your typical teen stuff.

I cannot recall ever feeling unsure about my pro-choice stance, and it is still one of the hardest issues for me to empathize with the other side about. I understand not agreeing with abortion and being personally opposed to it. But to think you have the right to make that assertion for someone else is difficult for me to wrap my head around.

My views on abortion have become even stronger since having a baby. You may think that the reverse would be true. After carrying a child inside me, shouldn’t I be more sympathetic to pro-lifers? The short answer: nope.

From the moment I found out I was pregnant, my body was not my own. I was examined repeatedly (and intimately), my blood and urine drawn at every doctor’s visit, and my insides viewed by countless strangers. My life was scheduled around the baby inside me, and my ability to live normally was compromised daily by severe morning sickness. Try to get a promotion when you’re running to the bathroom every 10 minutes to vomit. I dare you.

Once I became visibly pregnant, my sense of agency decreased further. My body was constantly up for discussion—by anyone from my boss to the grocery store clerk. Yes, I was excited to be pregnant, but that’s not the same as an invitation to discuss it with me.

Men cannot understand this experience. This is not to say that they can’t empathize. My husband was an amazing partner throughout. But there is no visual cue (aka baby bump) that shouts “Reproductive Issue!” as they go about their life. Women, on the other hand, must face speculation about their pregnancy (or lack of pregnancy) all the time.

Pregnancy only increased my desire for autonomy over my body. I felt like I was living in a strange vessel that demanded to eat odd things, pee constantly, and fight through morning sickness. After the C-section morphine wore off, the joy at recognizing that physically, I was almost myself again (setting aside the postpartum blues and whatnot, of course) was visceral.

Carrying a baby is a profound experience—at least it was for me. You feel differently when pregnant—physically, mentally, and emotionally. I believe that means the decision by someone to terminate a pregnancy could not possibly be made cavalierly. A woman who chooses to get an abortion has debated her decision and chosen to do what she believes is the best thing for her future. And to punish someone for making such a decision is unconscionable. Just like you would be horrified if a woman was pressured to abort when she didn’t want to, you should be horrified if a woman is pressured to have a child.

Recently, a new bill was introduced in Oklahoma that would require women to get written permission from the man who impregnated her before being allowed an abortion. The list of reasons this law is overreaching and horrific is quite long (for example, consider domestic violence victims who would not be exempt from this law, but may put themselves in danger by disclosing their pregnancy to their partner—or forced to tie themselves to their abuser irreparably).

However, let’s start with the idea that this bill requires a woman to get a note from a man for a medical procedure. This is a woman who is making a decision about her body and her future, and yet, she needs to first secure a permission slip as if she’s trying to leave homeroom early. Can we start requiring men to get written permission before ejaculating?

The experience of pregnancy and motherhood has only served to strengthen my resolve that women’s reproductive rights are not up for grabs. I am tired of rooms of white old men making decisions for women. And while I’m not trying to start a debate about gun-control, I’d like to understand why (many of) the people who believe it’s their democratic right to possess a firearm do not feel the same way about a woman’s right to possess her uterus. The idea that a gun is more valued in this country than the female body is shameful.

If you try to legislate my body, I will show up at every town hall, lobby visit, and march. I will write letters, make phone calls, tweet, and post. I’ve already ordered 50 blank postcards on Amazon. Just try me. Oh, and that baby I carried? She is being raised to become an outspoken “nasty woman” who values her reproductive rights, too. If, in the years to come, America still feels the need to regulate what a woman can and can’t do with her body, I know my daughter will be fighting the good fight too.