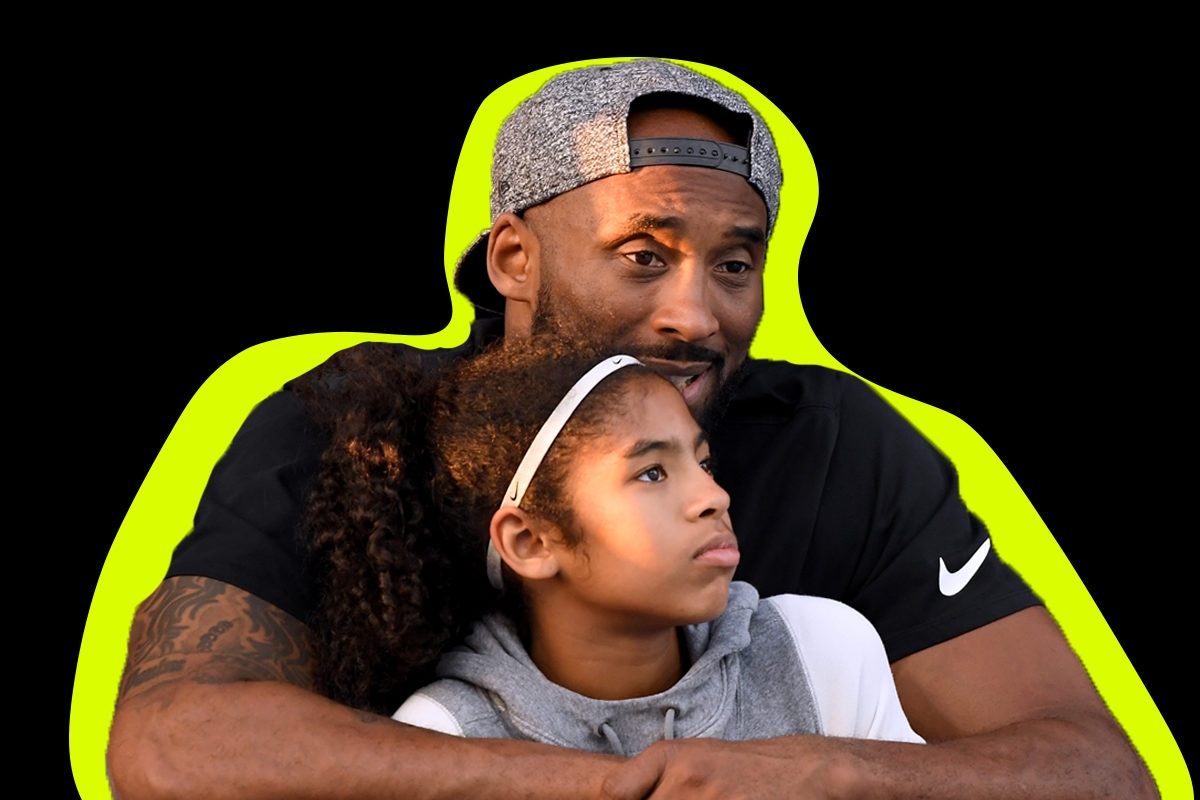 Five-time NBA basketball champion Kobe Bryant died tragically on Sunday, January 26, 2020, in a helicopter accident. I’ve never met the man, and yet, and like many, I feel as if I’ve lost a family friend.

I keep looking for clues in my flooded news feed, trying to figure out this senseless tragedy and why it happened. Bryant’s 13-year-old daughter, Gianna, was among nine casualties. A rising basketball star herself, she was her father’s heir apparent, and the endearing pictures of the loving father-daughter duo keep surfacing, and every time I see one, the pain of the loss impacts me deeply.

As a mom who herself has lost a child, I can in some way imagine, as hard as that may feel, what the Bryant family is going through — the pain of losing a spouse, a child, a father, a sister. So much loss in a single moment; it’s so heartbreakingly sad.

As an avid basketball fan, I’ve lost the player and the coach whose mission it was to inspire youth to be great through sports. Through his videos, Bryant helped me understand specific plays, how to prepare for competition both physically and mentality, and what it means to study an opponent with a winning team mentality. As a mother of a tween boy, I’d leaned into Bryant’s strategic moves to help instill confidence in my son, who had been playing on a basketball team at our local Jewish Community Center for several years. Each time his team lost, I asked him, “So what could you have done better?” wondering if this might be something Bryant would say to one of his daughters.

Of course, Bryant was human, and he was deeply flawed. (By this, I’m speaking  specifically about his sexual assault case in 2003, which was later dropped, and the subsequent civil case was settled out of court.) As a believer in women when they report assault, I do not have an easy answer, and that feeling has been made even more complicated by his death. The best response I’ve come up with, so far, is to acknowledge both his apology on ESPN in 2004 and the pain that this woman still lives with today — while, at the same time, recognizing the deep impact he has had on myself as a Jewish mom for so many years. Read on for some wisdom I’ve learned from him.

Yes, I’m passionate about basketball — you’d think I’d been playing it my whole life. But actually, I only connected with the sport at age 37, once my husband and I moved back to the United States from Israel in 2007 with our 2-year-old son. We moved to Pittsburgh and, having left all my friends behind in Israel, I was lonely and struggling for connection.

I was deeply hungry for a role model who could provide mental resistance to doubt or discouragement. I found myself looking to Bryant for inspiration — here was someone who could speak confidently about overcoming struggles and challenges with a mindset of resilience. I had hoped some of his confidence could rub off me, just like it impacted so many aspiring younger athletes and players.

When doubt and fear about whether I had what it took to thrive in America would threaten to consume me, I’d take to our local Jewish Community Center, channel my inner Kobe and shoot basket after basket. His words, which would eventually become the five pillars of the bestselling book known as The Mamba Mentality: How I Play which would surface each time I’d shoot. “Each day try to become better,” he said. “Be the best version of yourself. Ask questions to get better every single time.”

I took Bryant’s words to heart. Instead of asking, “Could I survive and thrive here?” I’d ask myself, “What’s the next step to take?” After shooting one basket and the next, eventually those answers would come.

Live to your potential, as a parent and a person.

As a mother of two impressionable children — now ages 15 and 6 —  I’m always mindful of the importance of raising confident, well-adjusted kids. Today’s youth are bombarded by so much digital information that it’s hard to know what’s right and who to follow. How can I streamline the right messaging?

I see a natural tie-in between the way Bryant parented and coached and Jewish wisdom. On the day of the tragedy, the group in the helicopter was flying to Thousand Oaks, California for a basketball game, where Bryant’s daughter was scheduled to play, and Bryant would coach.

Undoubtedly, Bryant’s mission was to play great basketball and to inspire children to live their best life through sports. But that’s not all: He was also committed to giving his four daughters the opportunity to maximize their potentials as human beings, both on the court and off.

In my household, we have a mitzvah chart, where I check off how many good deeds my children are able to do in a given period of time. I encourage them to engage in Jewish ideas and thoughts to get a better sense of themselves and who they are as people. But that’s not all. When I read Charlotte’s Web to my 6-year-old, or watch episodes of The Muppets with my kids, I’m teaching my children that it’s OK to be silly and share your passions.

When I look at the loving pictures of Bryant and his daughter on the court sharing their love for the game, their passion is infectious. I can’t help but wonder what kind of teachable moment is going on. Is she sharing ideas of how the game or the strategy could have been improved? Is Bryant helping her understand another possible tactic that could improve the team’s performance? There’s research to support that parents who are fueled by their passions and share those with their children make happier parents. Clearly, Bryant took this philosophy to heart.

More than anything, Bryant’s tragic death was a reminder about the fragility of life. One moment you’re on top of the world, and the next, you’re being lowered into the ground. It’s an awful image. Nine people – gone in a blink.

Bryant’s mantra, which was shared by Arianna Huffington minutes after his death, was: “Live today to inspire tomorrow.” For Bryant, that meant living in the moment. On the court, you can see how grounded and focused he is, letting go of everything else to be fully present in a moment. And what fantastic moments they were.

This senseless death is a reminder that, beyond the sacred moment of the here and now, no one — no matter how successful or famous you may be — is guaranteed a tomorrow.

We will never know Bryant’s final words or thoughts once he realized how imminent he was to death on that helicopter. Though I have to imagine that he didn’t have many regrets. Bryant lived for the present. I can’t imagine him worrying, the way I do, about the future, about whether I’ll find a full-time job that will pay our increasing bills that will also satisfy my passions and expertise.

In his death, as in his life, Bryant reminds me that worrying is pointless. We can’t control what we can’t control; the only thing we can do is take steps to improve ourselves.

So, in honor of Kobe, let’s all try a little harder to stay in the moment. Let’s pursue our goals and dreams right here, right now. May his memory forever be a blessing.