I Just Became a U.S. Citizen. Now It's My Time to Fight. – Kveller
Skip to Content Skip to Footer

I Just Became a U.S. Citizen. Now It’s My Time to Fight. 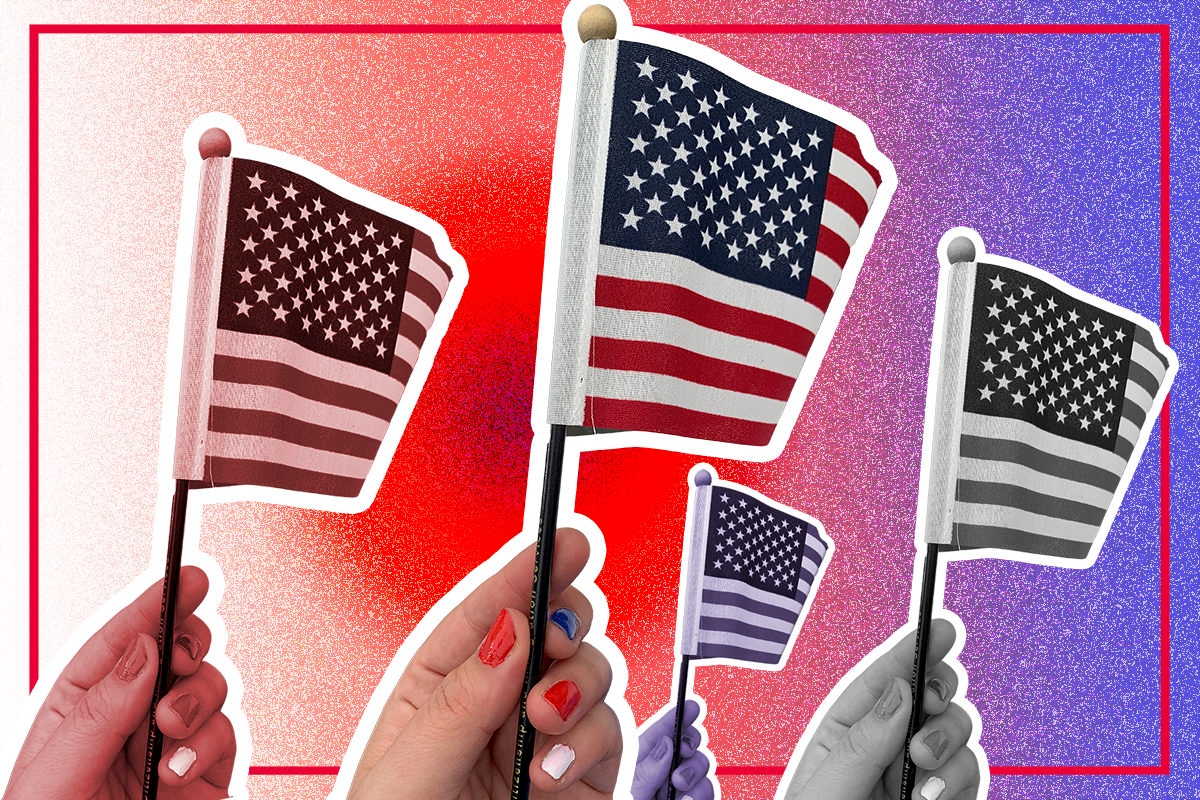 No, I did not win the lottery. I didn’t sell my pin-making business for millions, nor did I buy a luxurious house filled with ladder bookshelves. I’m talking about the literal American Dream: After 10 years of loving and living in this country, I became a citizen of the United States of America.

The moving ceremony — which took place on a June Friday in Brooklyn, where I live, on the grounds of the Wyckoff Museum, the oldest structure in New York City — felt like a culmination of an incredible, life-altering journey. Over the past decade, I have, all on my lonesome, built a life here in the U.S. I spent sleepless nights painting and drawing in order to graduate from college; I found a career that lets me enshrine, through writing, some of the most important moments in my life; I found a kind, loving partner with whom I honor my Jewish heritage and built a new, American life.

And, exactly one year ago to the day, I fulfilled yet another longtime dream: I became a mother.

That sunny Friday felt like a new beginning as I stood there with 36 other men and women, who hailed from 27 different countries, including Israel, where I was born. Every single one of us had come to this country, worked hard, built a life, and now, here we were — our dreams about to be fulfilled. One woman from Canada wore a red shirt emblazoned with the letters “U.S.A.” As for myself, I wore a dark blue dress and jacket, which felt patriotic but not too overstated. (Though I couldn’t resist one flamboyant gesture: I painted my nails red, white, and blue.)

The naturalization ceremony was pretty straightforward: “The Star Spangled Banner” was played and we recited the Pledge of Allegiance. Distinguished guests spoke movingly about how immigration makes this country so great, and how, as new Americans, we help enrich the fabric of this country.

I thought of the generations before me, pledging the same pledge, standing for the same anthem, getting the same gift. The 37 of us had worked hard to come to this moment. Some harder than others, I’m sure. To financially survive in this country, to provide for families, to raise children, to file paper after paper to the government on time, paying fee after fee.

So many of us were there with our families, and I was no exception: My newly minted 1-year-old attended the ceremony, sitting on his father’s lap. It was for my son that I started the process of filing for citizenship — I did it while I was pregnant, knowing that I wanted to be an American mother of an American child.

That’s the thing about the American dream: It is so deeply personal — after all, what could be more personal than the bond between mom and baby? — and yet it’s so profoundly universal. All who come here, leaving everything they know behind, come here with hopes for their families and for their futures. And, over the past few weeks, I’ve been thinking about this a great deal; particularly of people who risk the unspeakable in hopes of achieving this dream. Of those who journey for hundreds of miles on foot, across barren desert landscapes. Of those in detention camps. Of those drowning in rivers. Of little children whose American dreams became waking nightmares.

Unlike me, so many of these wishful Americans — the men, women, and children — aren’t trading one relatively cushy life for another. They are fleeing poverty, hunger, and persecution, and may find themselves on American soil locked away without access to clean water or nutritious food.

And the thought of it all — as I think of my own family as they fled the Nazis, emaciated and sick — is almost too much to bear.

Throughout all those years I lived in the U.S., my status was merely that of a legal alien. And so, I was weary about being too political. Was I being watched? There had been news of immigrants having their social media accounts surveilled. Deportation was always a vague specter, a threat that hung over me in case I made a misstep online or in real life.

But I am an American now, which means that I can — and should — speak up. After all, Americans are known for being loud and outspoken! And one of the first things I’m going to do is protest the detention camps at the border. And I will cast my vote — for president and all the way down the line — for candidates who believe that our nation’s diversity is our strength, and for those who will take action on behalf of the detained migrants at the border.

As the citizenship ceremony concluded that afternoon, we watched a video of our president — yes, he is now mine, too — who congratulated us on becoming new citizens. There was a line that made me particularly uncomfortable: “When you give your love and loyalty to America,” Trump said, “she returns her love and loyalty to you.”