What Will the Holocaust Mean to My Baby, the Great-Grandson of Survivors? – Kveller
Skip to Content Skip to Footer

What Will the Holocaust Mean to My Baby, the Great-Grandson of Survivors? 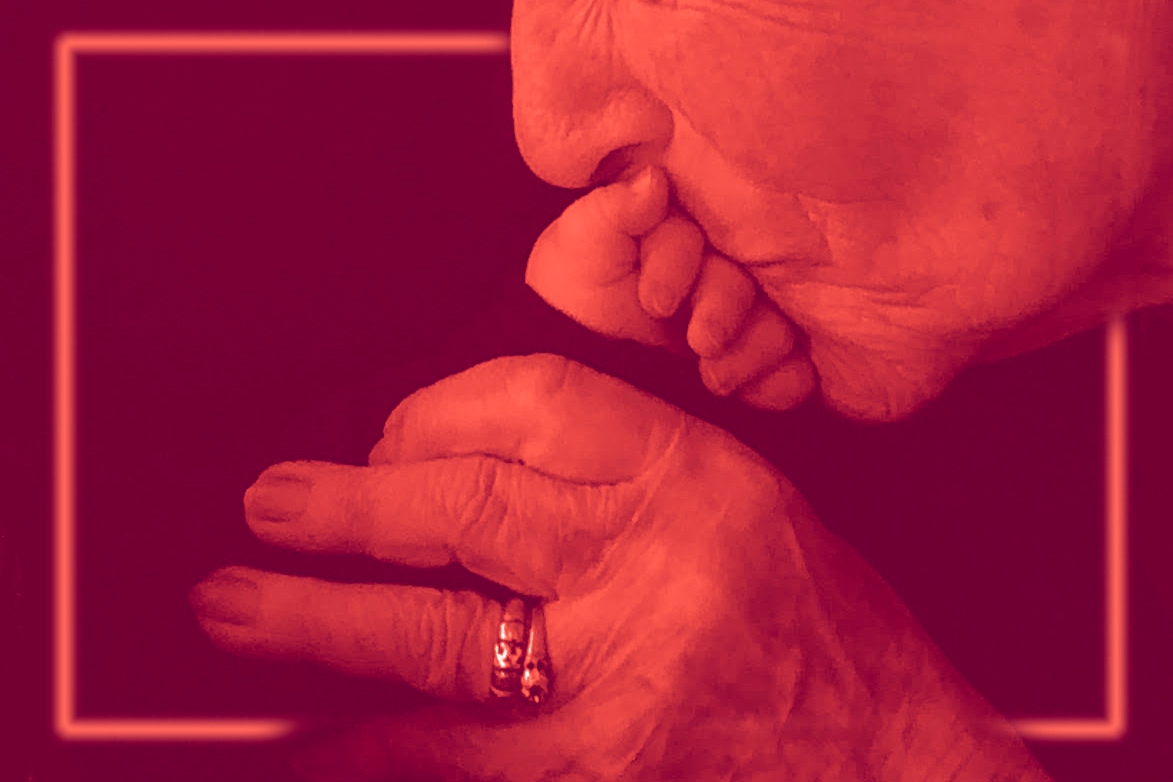 On two separate, unseasonably warm December days this year, my infant son met his great-grandmothers for the first time. He was old enough to look them in the eyes and offer the most heartrending of smiles, but he’s nowhere near old enough to understand the magnitude of the moment, which completely took my breath away.

Both of my son’s great-grandmothers were alive and in hiding during WWII. Both of them grew up with very little family because of the Holocaust. In fact, all of my grandparents were survivors, one grandmother born during the war. My son is named after a grandfather who lost his entire family to the Nazis. My great-grandmother’s Ukrainian hometown was 39.9% Jewish before the war, and only 2% Jewish in 1959.

Watching my 6-month-old interact with his great-grandmothers, I felt amazing pride and love. But I was also overcome with sadness. As I saw him being coddled by these wonderful women, who, God willing, will be around him for much longer still, I was suddenly confronted with this sad fact: My son’s generation will one day live in a world where no Holocaust survivors remain.

When I was a kid in Israel, stories of survival were never far from my mind. In fact, I can’t really remember the first time I learned what the Holocaust was. It was always kind of there, hovering like a dark cloud, impossible to fathom and yet so present, so real. Growing up among Holocaust survivors — both the ones I was related to and ones I was not — I was keenly aware of how human survivors are. The things they did to survive were complex. They were not saints, in my eyes. Instead, I saw them as fighters, emotionally and physically.

I went to school in Israel, and almost every year, we would gather at a museum or conference, pre-adolescents and teenagers alike, and listen to survivors’ stories. Hands wrinkled, shadows under their eyes, their Hebrew was usually faintly accented. Sometimes they would cry as they told their story; more often they would just talk, quietly and matter-of-factly, but with undeniable conviction.

My son may not get these experiences, which were so real and visceral and, more than anything, very intimate. I feel like they’ve been more instrumental for me in understanding the Holocaust than any movie or TV show.  Luckily, there’s been some incredible technological advancements to preserve these experiences, like New Dimensions in Testimony , an oral history project that lets people interact with holograms of Holocaust survivors. Like a real person, the holograms tell you their stories and answer your questions, though I wonder if the experience will feel more surreal, less grounded.

Meredith Lewis, who works for PJ Library and is herself a third-generation survivor, tells me books may also be filling the void that survival testimonies are leaving behind. “We are seeing more Holocaust books aimed at younger kids,” she says. “I wonder if that trend will continue or grow when we don’t have survivors around to tell their stories.”

There are also organizations for descendants of Holocaust survivors, like 3GNY, which aims to empower grandchildren of survivors like me to preserve and share their family’s stories.

My parents tell me they hope my son will grow up having knowledge of the Holocaust — but to them, there is also a silver lining in that he will grow in a generation even more distant from the Holocaust, at least on a personal level. Like me — and unlike my son — they grew up in Israel, and many of their friends were the children of survivors. There was an emotional price to pay to being a second generation to the Holocaust, growing up in a house where the trauma was ever present, where fear of survival was constant, where parents either didn’t speak of their past or, conversely, spoke too much.

My mother thinks that she has passed on to some of that trauma to my brother and me, including anxiety and an inability to live in the moment. Or maybe these are simply so-called “Jewish traits.” But still, my parents have some relief that my son is further removed from such massive trauma.

But they’re also worried about a near-future without Holocaust survivors — a world in which rising nationalism, racism, anti-Semitism, and a host of other “isms,” seems to indicate we’ve collectively forgotten our history lessons.

Knowing when your children are ready to grapple with the magnitude of the Holocaust is, of course, in itself a tricky question. I spoke to many parents who were torn between wanting to expose your children to their history, and wanting to shield them from its terrible reality. They’re still debating when and how to tell their children about it.

“I think one approach I’m likely to take once I think they’re old enough is making sure they have a strong connection to my grandparents who they never knew,” my colleague Rebecca Phillips told me, “but who can come alive for them in photos, stories, videos, even trips to where they lived.”

And while my son may not grow up with a lot of survivors around, he will have one thing that my survivor great-grandparents, my grandparents, and my parents didn’t have: a big, rambunctious family. Noisy, crowded holiday dinners were the one thing my grandfather, who lost almost everyone he had to the Holocaust, always wanted. Unfortunately, he died shortly after I was born. He never got to meet his other 11 grandchildren, and now, his first great-grandson.

But in us — my siblings, my cousins, and my son — there is a reminder to remember, alongside a constant affront to Hitler’s plan to wipe Jews off the planet. And perhaps those of us with young, fourth-generation kids can find comfort in this: The mere existence of our children has everything to do with our grandparents’ survival stories. And whether or not our grandparents will be here to share their experiences with our children IRL, it is through us that we will continue to honor their legacy.