I Used to Be a Birthday Brat. Then I Almost Lost My Husband. – Kveller
Skip to Content Skip to Footer

I Used to Be a Birthday Brat. Then I Almost Lost My Husband. 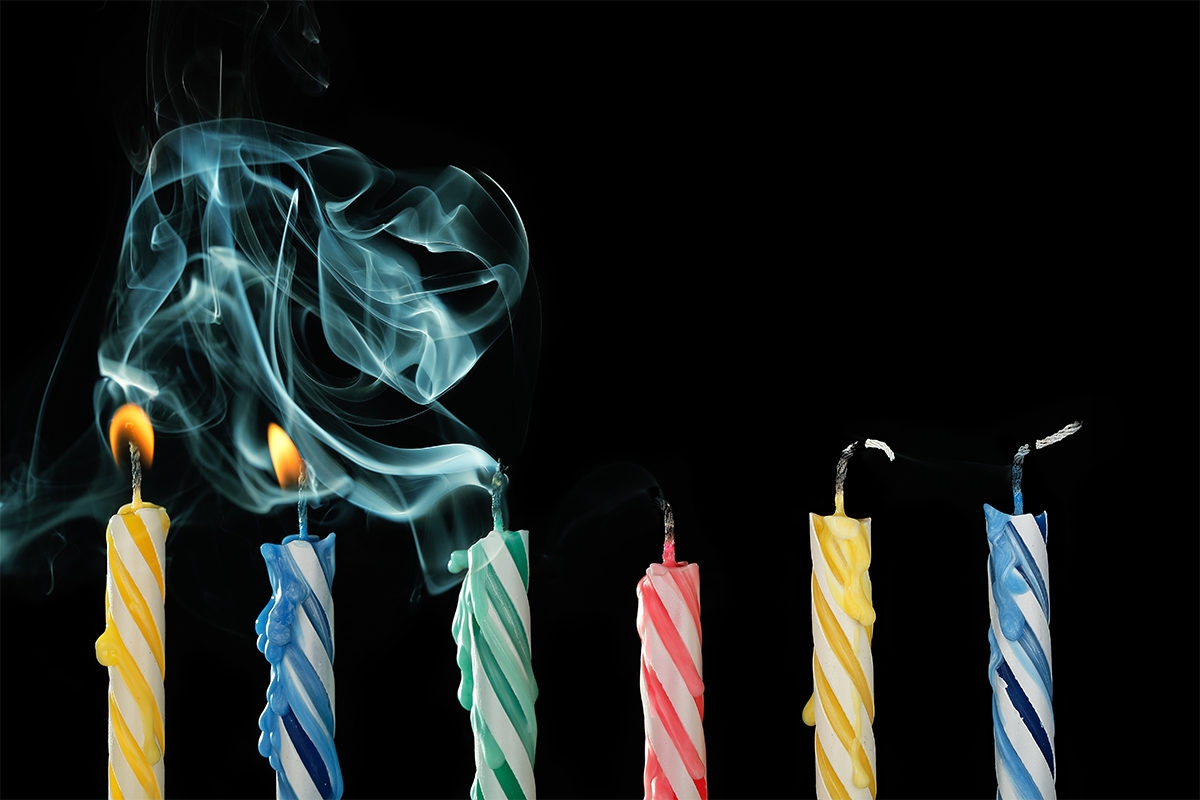 From the time I was young, I was always very spoiled on my birthdays. As a child, they included big parties, lots of presents, and yummy cakes. I looked forward to my birthday all year long, every year. I would plan out elaborate parties and my ever-loving parents would make them happen. Take the year I wanted a beach-themed party; my parents spent weeks running around town buying sacks of sand to pour on the massive plastic mats they bought to recreate a beach in our basement.

As a middle child, I milked birthdays for all they were worth. It was the one time of year that I could honestly feel that everything was happening just for me. Finally, I was the center of attention and for my birthdays, at least, I generally got what I wanted.

You may think I grew out of this as I got older, but no. Birthdays became an excuse for having fun and doing whatever I felt like — beach trips, spur of the moment road trips, all-night clubbing. Just like when I was a child, I used my birthday as an excuse to make myself the center of attention. I made sure to pamper myself, buy myself nice things, and lock in my friends for fun excursions weeks in advance.

When I got married at 25, however, my wild birthday celebrations stopped abruptly, and I resented my husband because of it. I got pregnant during the first year of our marriage and, very quickly, responsibilities, kids, and financial concerns overrode the freedoms I used to have.  Also, my husband wasn’t great at birthdays; he knew he should get me presents or plan special things for us to do, but he never knew just what. He would try but I was never satisfied. One year, he bought me earrings and flowers, but we were unable to find a sitter. So, instead, we ordered dinner and ate in. It was sweet, nice, fine, whatever. But it was nothing like the attention-grabbing soirees of my youth.

Yes, he tried, but I took it for granted that he even tried. And so, during the infancy of our marriage, I would end up fighting with my husband on my birthday. Every year I’d be angry at him for not magically creating a spectacular celebration out of our very limited resources and abilities.

I wasn’t really angry at him, of course. I just missed the days of free-flowing cash, zero burdens, and the ability to simply not care about calling in sick to work. I took the simple sweet birthdays he tried to give me for granted. Instead, I felt angry. And toward the end of each birthday, without fail, I would feel guilty for fighting with him. I would apologize for acting so spoiled. He would forgive me and apologize for not being able to spoil me the way I wanted.

And so, every year, we would end the day cuddling on the couch, watching a movie of my choice. And when the movie was over, I would go to bed thinking that I wouldn’t trade being married to my best friend for a million perfect birthdays.

It was that thought that kept repeating in my head while I watched my husband lying in a hospital bed on my birthday four years ago. Here’s what happened: Nearly seven years ago, my husband was in a work accident. He sustained a head injury which left him with chronic post-concussion syndrome as well as some other chronic disabilities. Four years ago he had a major, rare, deterioration in his condition. One terrible morning, while the kids were in school, he suddenly stopped being able to talk, walk, move, or communicate in any way. He was rushed to the hospital and stayed there for the next five weeks.

The doctors, nurses, and social workers told me I needed to prepare myself for the idea that he may never come back to me. They really didn’t know what would happen, as there was no prognosis. They were trying a variation of treatments and hoped something would work.

The unknown was terrifying, and the thought of losing my husband was devastating. And in that place of fear and sadness, I sat and stared at my husband. Waiting for a miracle on my birthday, of all days.

On the day I turned 33, I awoke to a rainy day. I got my kids off to school then went to buy coffee. I stood staring off into space while I waited for my order to be rung up. I noticed a piece of cake on the display counter and the thought flickered through my mind that it was my birthday, but it felt more like a flash of recognition than actual knowledge. It was low on the list of things I cared about that day. For once, it seemed like I truly didn’t care about my birthday. I could have cared less about getting attention that day, and suddenly, the idea that I should be the center of attention on my birthday seemed incredibly silly.

As I got into my car, I spilled coffee down my shirt. Then, on my way to the hospital, I sat in traffic for an hour. Finally, I arrived at the hospital and, in a rush, I got out of my car and stepped ankle-deep into a huge, muddy puddle.

By the time I trudged into my husband’s hospital room, I was covered in coffee and dirty water  — my exterior matching the turmoil I felt within. I sat with him for almost 8 hours that day, as I did all the days he was in the hospital, staring at my husband’s unmoving body.

As I sat there, the thought that it was my birthday — and the memories of all our previous birthdays together — returned. And so, I moved closer to my husband’s hospital bed. I told him it was my birthday, and that I no longer cared about having a “perfect” birthday. I cried as I thought about how I didn’t care about going on a fancy vacation or laying on the beach if only he would come back from wherever he was. As he lay there unresponsive, I told him that I didn’t want to go home alone, again, that day. I didn’t want to go to sleep alone, with our children asking, yet again, when Abba would be coming home. I begged him to get better.

My birthday that year did not end with a miracle. But, eventually, three equally painful weeks later, my husband recovered from the acute, traumatic deterioration and came home. That birthday faded into a distant memory along with the rest of the memories from that time, slowly taking on the hazy film of a bad dream.

And yet, every year, on my birthday, the memory of that day comes flooding back; of the birthday that taught me not to take my husband, or my birthdays with him, for granted. For a few minutes each year, my mind brings me back to that dreary hospital room, with my eyes firmly locked on my unmoving husband. I feel the pain as keenly as if it were happening all over again.

But then, I remind myself that it’s in the past, and my pain is suddenly trumped by the gratitude of having my husband home with me.

Since then, I no longer fight with my husband on my birthday. He does his best to give me a sweet and simple birthday, and I am grateful. We still end the day by cuddling on the couch to watch a movie of my choice. And when the movie is over, I go to bed thinking that I don’t need to trade being married to my best friend for a million perfect birthdays, because with him by my side, my birthday is already perfect.