If You Loved ‘Hunters’ You Need to Watch This Netflix Documentary 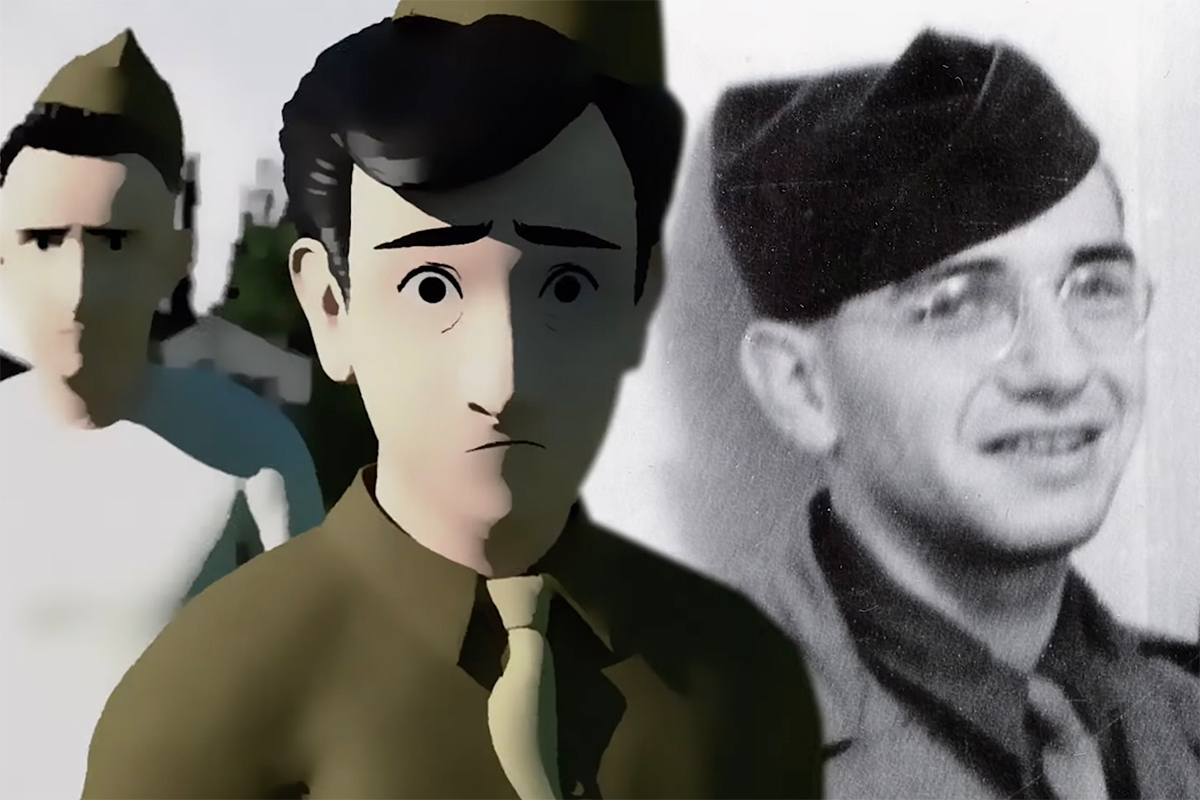 I didn’t know about “Camp Confidential: America’s Secret Nazis” until it showed up on my Netflix feed last month, but I was drawn by the evocative CGI animation and the intriguing title. And while I certainly wasn’t expecting it to be bad, I didn’t expect the roller coaster of emotions that the 36-minute documentary film took me on.

The documentary, an Israeli-American production directed by Daniel Sivan and Mor Loushy, premiered at DOC NYC last month. It tells the real story of P.O. 1142, a code name for a camp in Fort Hunt, Virginia, that housed German prisoners of war — including Wernher von Braun, who invented the W-2 rocket, which wreaked havoc on Europe during World War II, and who later became a NASA scientist that helped propel America to the moon.

The camp was a state secret for 50 years and was declassified in 2006. Many of the soldiers who served in P.O. 1142 were recent refugees from Austria and Germany, which meant they spoke perfect German — and also meant that many of them were Jews, escaping Nazi atrocities.

“As a Jewish refugee from Europe, that was about a bizarre assignment that you could get,” one of the soldiers in the documentary says.

Their mission, they were told, was to get intelligence from these Nazis, some of whom ended up becoming part of U.S. society, while very few ended up facing any consequences for their war crimes.

The documentary is short and tight — but it packs a serious punch. It incorporates 2006 interviews that the National Parks Service conducted with veterans, along with video interviews of two Jewish veterans: Arno Mayer and Peter Weiss.

It brings these interviews to life with impeccable CGI recreations of their stories. These animations illustrate the quite shocking anecdotes the soldiers share about taking their prisoners to clubs, restaurants and movies — and even to shop for brassieres for their relatives across the sea. They also poignantly convey the feelings of these soldiers, torn between loyalty to their new country and the rage they feel at this undeniably cruel and, some might argue, humiliating assignment.

When I watched “Hunters,” the 2020 Amazon show about Nazi hunters in 1970s New York, I felt that the most compelling part of it was the reality the melodramatic show was based on, both the stories of the Nazi atrocities and the fact that there were real Nazis on U.S. soil.

Von Braun was actually a character on “Hunters,” played by Victor Slezak. In the show, the cast enacts violence on the NASA scientist as they interrogate him, but in real life, von Braun never paid any price for the war crimes he partook in — and facing that reality in documentary form is, perhaps, even more horrifying.

In a little over 30 minutes, “Camp Confidential” managed to shake me more than 10 episodes of the controversial fictional show did, even though the two touch on similar subjects. And that’s because instead of “hunting” Nazis and exacting revenge, we get the truth: These soldiers were forced to watch over — and even help — them, on the soil of their new home, the very place they came to escape Nazi atrocities.