Ikea in Israel Erased Women from Its Catalog, and Now They're Being Sued – Kveller
Skip to Content Skip to Footer

Ikea in Israel Erased Women from Its Catalog, and Now They’re Being Sued 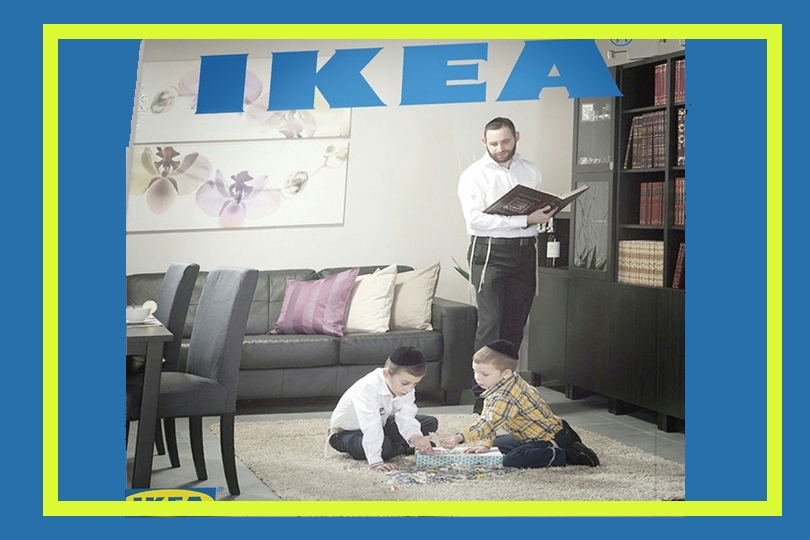 Well, it seems like Ikea, my favorite place to test my marriage, is getting sued for gender discrimination. Why? Because they removed images of women from their Israeli catalog.

Basically, in 2017, the Swedish home goods juggernaut printed a special catalog featuring only images of (religious) men and boys. (That’s right — zero women or girls were pictured.) Ikea has since apologized for the incident. According to our sister site, the Jewish Telegraphic Agency, the company claimed that was produced by its Israel branch without being approved by Ikea’s international headquarters. A spokeswoman for the company said that the catalog “is not what the Ikea brand stands for.”

According to Haaretz, “this is the first time an international company has faced a class action suit for such discrimination in Israel.”

The legal battle is its initial stages at the moment. According to Haaretz, “a Jerusalem District Court was asked on Tuesday to approve the multimillion-dollar suit as a class action.”

Ikea removed women from their catalog in order to please its ultra-Orthodox clientele, which forbids the printing of images of women due to laws of modesty — and that goes for all images of women, no matter how modestly dressed they may be.  (You may or may not remember that time Hillary Clinton’s image was removed from a Hasidic newspaper for this reason, or that time Angela Merkel and other women were photoshopped out of a march in honor of the victims of the Charlie Hebdo shooting in France).

When Ikea Israel launched the catalog, they announced  that they “decided to launch an alternative and special catalog, which allows the religious and Haredi communities to enjoy thumbing through our products and the solutions that Ikea offers in accordance with their lifestyle.”

While we commend companies respecting the religious beliefs of its customers, we can see the argument the suit makes. There is something eerie and downright upsetting about not seeing women in the haimish, cozy scenes depicted in the catalog. After all, who, exactly, is producing these (male) children? Who exactly is doing the majority (if not all) of the child-rearing, along with cleaning these stylish (and affordable!) homes and cooking in these modern kitchens?

As Haaretz states, the suit claims that “the total exclusion of women and girls from the catalog sends a serious and difficult message that women have no value and there is something wrong with their presence, even in the family-home space depicted in the catalog.”