I’m a Perfectionist But I’m Learning to Let Go 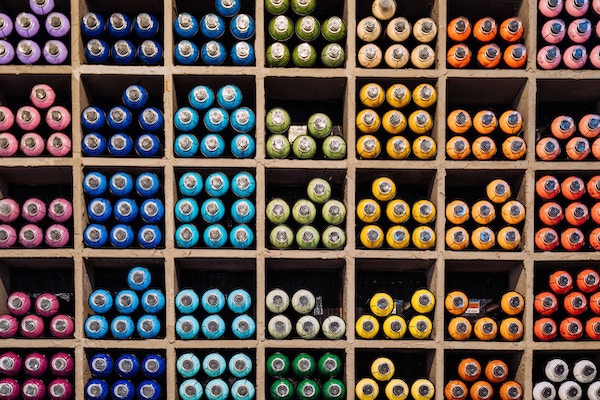 I first realized I had a problem about two years ago, when my third son was born. His older brothers are twins, and people often commented that twins are a handful. They certainly are. But, if twins are a handful, with three I just don’t have enough hands. That’s when I understood that I needed help.

I used to do ballet, something that really demands perfectionism. Each move has to be just right. And I was the kind of person who always had my ducks in a row, for whatever needed to happen, whether it was a project or a test I needed to study for, I always made sure that everything was done right. Even when I had my first children, I had charts and timetables to keep track of when they needed to eat and sleep. Everything was very organized.

The problem with perfectionism is that it comes from the illusion of control. When I think I’m in control, there’s no reason why things shouldn’t be perfect — and if they’re not, it must be that I’m not trying hard enough. If something is not the way I want it to be, I can just make it better using my control of my world.

This illusion was deepened with my first children. I figured: these people came from me. They basically are me. If there’s anyone I can control, it must be my own kids.

Unsurprisingly, it didn’t take long for that illusion to shatter.

I first noticed that my charts and timetables weren’t going to work anymore as soon as I brought my third child home. Inevitably, he would need to sleep when the others were screaming, or he would want to eat while the others wanted to play with him. There were just too many variables with that one extra person.

As my children grow and become their own people, this loss of control is becoming more and more apparent. They each want to do their own things, to assert themselves in their own way. The oldest have started dressing themselves in the morning, and, to put it mildly, sometimes I simply don’t agree with their choices.

The great Biblical commentator Rashi talks about Eve’s punishment for eating the fruit from the Tree of Knowledge of Good and Evil: the pain of rearing children. He doesn’t say it refers to the physical pain of childbirth; rather, it’s the emotional pain of raising an independent person. Whatever preconceived expectations you might have for your children, they will always surprise you. They might even disappoint you. And the perfectionist in you can throw its own temper tantrum at the proof that you really aren’t in control.

So, I realized I had to lose the perfectionist.

It’s hard work, letting go of the illusion of control. It’s a delicate dance between setting limits and allowing space. I have to learn how to build appropriate boundaries for my children to thrive within, without crushing their individuality by controlling them.

Here’s an example: It’s late Friday afternoon, and we have a crowd coming for dinner. The table is set, the children have bathed and are ready for shul, and I am wearing my Shabbat clothes. Everything is ready, and there is perfect calm as I light my Shabbat candles to usher in this holy space in time.

Yeah, right. It’s usually something like this: the remains of the children’s supper are spread all over the kitchen floor, the 2-year-old has helpfully rearranged all the cutlery on the table, and I’m chasing after scattering children, still in my dressing gown, trying to get them to put their shoes on.

But here’s the thing: Shabbat is still coming. Even if I can’t have perfect calm around me, I can be calm on the inside as I light my candles. Because it’s OK if the table isn’t perfect. And it’s OK if there’s a mess in the kitchen. But it’s not OK if I don’t light Shabbat candles because I’m too busy trying to get everything else perfect.

Of course, the challenge is not to go to the other extreme. Mess on the floor is fine for a while, but cleaning up is also important. That’s not perfectionism, that’s just basic life skills. But if my focus is on the mess — if I insist on there being none — then the mess becomes about me. It feels like a deliberate insult to my sense of perfection.

So, when I focus instead on my children, and we sing the “clean-up song” together and have a race to see who can get the most Lego pieces into the box, then it’s about learning. And growing. And becoming.

Like this, It’s not just my children who learn important life skills. I, too, learn something invaluable —  to guide instead of control, to accept imperfections while encouraging growth. And I remember that, just as I cannot control my children, I really can’t control any aspect of my surroundings. All I can control is myself — my responses — and my belief that God has everything under control. And then I take a step in my journey to beat perfectionism.