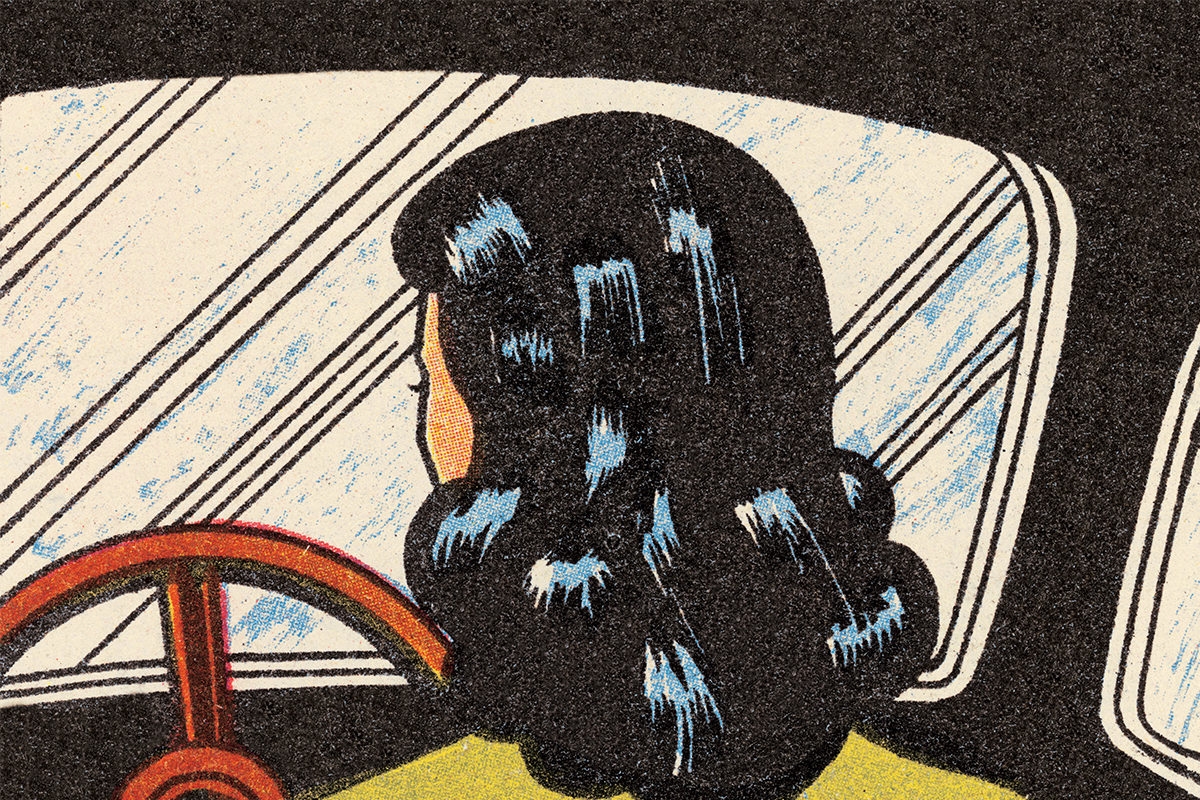 For the past 16-plus years, I’ve logged hundreds of thousands of miles behind the wheel, driving my kids around to anywhere and everywhere they needed to be. I live in an area outside of Philadelphia that some would call the suburbs but others would the country.  The nearest grocery store is 13 minutes from my house (10 minutes, if you ask my husband).

Some evenings, as I pull into the garage, I glance at my odometer and wonder how I traveled nearly 100 miles in a single day when it feels like I haven’t actually been anywhere — just endless circles to and from soccer practices, basketball games, tennis lessons, friends’ houses, Hebrew school, and orthodontists appointments. On the weekends, I log substantial miles, with long drives to away athletic games and out-of-town camp friend’s houses.

I suppose this is what modern parenting looks like. But, truly, there are many times when I feel like, as a mom, instead of helping with homework or offering moral support on a tough day, my primary gig is that of an unpaid Uber driver. I’ve actually considered purchasing a driving cap, or maybe just borrowing the tweed one that my father wears unironically.

This past September, my mileage increased in a major way when my oldest child changed schools. His new high school is a good half hour away from our house. This change elicited sacrifices from every member of our family — most especially our son who, at 16, hesitatingly started his new school with a solid push from my husband and me.

I was keenly aware of the adjustment we were asking our son to make — especially as my parents had done the same thing to me (albeit for different reasons). While our son was happy at his old school, surrounded by a slew of friends he’d known for most of his life, my husband and I felt strongly that a smaller academic environment is what he needed. I said all the same things to my son that my parents said to me when I switched schools — you will make new friends; you will still see your old friends; this will be the best thing that ever happened to you — even though I swore I never would.

As much as I hate to admit it now, my parents were right. And I’m fairly certain that we made the right choice for my son, too. But I was also keenly aware of how this adjustment would affect my daily life, as I would be my sons’ primary chauffeur. As a writer, I set my own work hours — but these hours would be significantly diminished by my new driving routine. I also worried that my 14-year-old daughter would become a latchkey kid of sorts, as I would not be home to see her off in the morning, or be home in the afternoon when she returned from school.

Now that our son is five months into life at his new school, he is thriving there, and our daughter is enjoying her newfound independence, too. Our son’s new school is all we thought it would and could be for him — maybe even more. And the truth is, the drives don’t feel like much of a sacrifice, either. Much to my surprise, the driving my son to and from his new school is often the highlight of my day.

Many afternoons, as I glance at the time on my computer screen, I smile as I realize it’s time to close my laptop and get in the car to pick up my son. I’ve started to really look forward to these drives; I love having him to myself for a continuous stretch of  time. In the car we have all sorts of conversations, touching on things we never talked about during all his years riding the school bus. Somehow, within the confines of our car — where he has the freedom to not make eye contact with me — he tells me things I never knew before and things I won’t soon forget.

Our morning drives to school are fairly quiet. When I drive the carpool once a week, it’s usually silent. One time I sneezed while I was driving, and my son muttered a barely audible “bless you,” so as not to disturb the other sleep-deprived teenagers dozing off in the backseat.

When it’s just my son and me in the morning — we carpool the morning rides just a few days a week —  I’ll often play a podcast I think he will like (about sports), and then some I like (about books or politics.) But usually, about 10 minutes into the ride, my son will ask me a question about the presidential election or a novel, or he’ll show  off some of his NBA or NFL knowledge. A conversation starts up. My right hand reaches for his left hand. I squeeze it, he squeezes mine back.

On the rides home is when I really get a glimpse into my son’s world. He shares with me news of the dunk the coach made during basketball practice, what he has for homework that night, or a funny story that I don’t quite understand. When we need a jolt of caffeine —OK, when I need caffeine — we stop at our favorite drive-through Starbucks. The employee at the window knows our order. For me, it’s a grande extra hot almond milk latte; for him, it’s a tall cookies and cream Frappuccino.

Sometimes the ride home is in the dark after a late sports practice. I wear my glasses to help my eyes adjust to the glare of the lights of the other cars on the road. I look straight ahead as he opens up to me about “a kid” or “people” he ate lunch with that day. (I never get actual names.) I learn about a class discussion and some other “kid’s” point of view, and then my son chimes in with his own opinion.

Many evenings, there is a lot of traffic on the ride home. You’d think this would be an annoyance but it’s actually the opposite. Yes, I am stuck in traffic. But I am also stuck in a place of coexistence with my son — a place I don’t want to ever leave.

My son has his learner’s permit now and he’ll be getting his driver’s license soon. The thought of him driving himself to and from school every day — something that I had previously looked forward to when we first decided to switch schools — is now something that breaks my heart a bit as I anticipate it. The obvious worries of having a new driver on the road are beginning to gnaw at me: What if the roads are icy? What if my son is tired? Or distracted? What if other drivers are tired or distracted?

These are the worries that so many parents of teens face every day, and I’ll learn to live with it, too. If I’m being honest, what’s really eating at me is the loss of this time with him — the thoughtful questions he asks me; the out-of-nowhere, “Mom, I love you;” and the being by his side — just the two of us — in a place and time that is uniquely ours. I will miss that — a lot.