I’m Finally Learning to Cook During the Pandemic 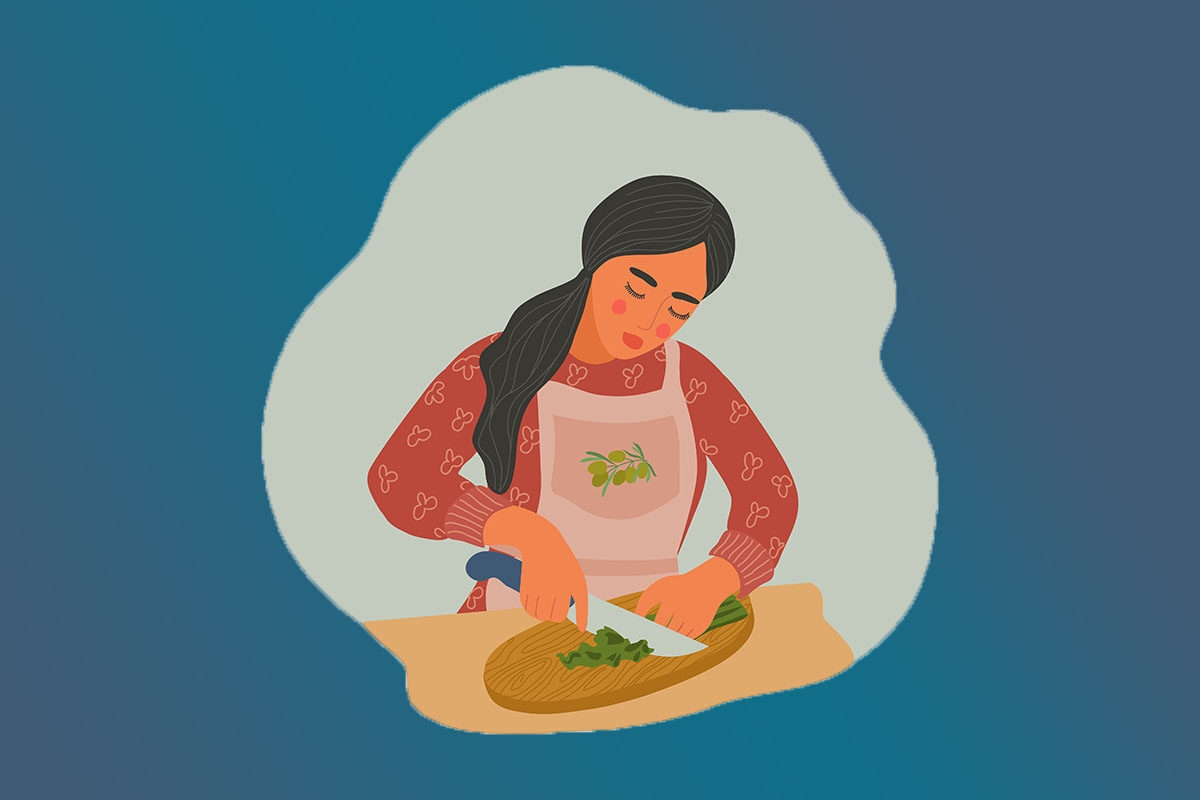 I love food. I love eating food, reading about food, and even writing about food. I even wangled a gig reviewing restaurants for the Jerusalem Post in the city I’ve now lived in for many years. But the one thing I never enjoyed was cooking food.

Growing up in Long Island, my mother was a serviceable cook, and cooked dinner every night. My father, a child of Eastern European immigrants, didn’t like chicken, as his mother had made chicken every night for dinner when he was growing up. So we rarely ate chicken; most nights we ate meat, potatoes, and either a green vegetable or a salad.

I have a vivid memory, as a young girl, of sitting in front of a brown slab of congealed calf’s liver and onions as it cooled and became gelatinous, until my parents finally said I could throw it away and get up from the table. To this day, I don’t like calf’s liver or onions.

In college, I began keeping kosher and learned to make a few simple dishes – pasta, roast chicken, and lasagna. Members of the Orthodox shul I joined often invited me to Shabbat meals where some excellent food (and wine) were served. I enjoyed the meals but was never inspired to try serious cooking myself.

After college, I moved to Jerusalem, and lived with a series of roommates. Somehow, I always chose roommates who liked to cook, and were happy for me to do the clean-up. We had a lot of Shabbat potluck meals in those days. I always signed up to bring wine or dessert.

Then I met a nice, funny guy named Cliff, who happened to love to cook. That’s not why I married him, but it certainly didn’t hurt. I was working for NPR, and had frequent deadlines, so Cliff became the family cook. Over the years, we had four children, and our home was filled with the normal chaos of life. Cliff cooked basic meals during the week, but on Shabbat we had a feast, and his matzah ball soup (cooked overnight in the oven with ginger and sake) is legendary.

When the kids were little, Cliff told them he was going on a business trip. I clearly remember the conversation.

“For how long?” my daughter, Rafaella, about 7 at the time, asked.

“But Abba, what will we eat?” she asked.

“Mommy will cook for you,” he said.

“But Mommy doesn’t know how to cook,” she answered, and then added with a sigh, “It’s a good thing we all like pizza.”

The kids grew up and Rafaella became an accomplished cook and baker. Her brother, Netanel, started cooking at a very young age, and talked his way into the kitchen of a number of restaurants in Jerusalem and Tel Aviv. At age 12, he used to take the bus by himself to Tel Aviv once a week, where he would hang around the kitchen of Lumina, a chef’s restaurant headed by celebrity chef Meir Adoni. Cliff would stay late at work and pick him up around 10 pm, often getting a great meal in the process. Only in Israel would they allow a kid who was simply interested in cooking to “help” in the kitchen of one of Israel’s best restaurants.

Our family WhatsApp group is intensely focused on food. Pictures of what we’re eating either at home or in a restaurant, shopping lists, and questions about when or what we’re eating that night dominate the chat.

For a recent Shabbat, when we were celebrating both Rafaella’s birthday and Netanel’s joining the army, we served two ducks for just five of us – duck l’orange for Rafaella, and Peking duck for Netanel.

Fast-forward to the present. Netanel was just drafted into the army, so we’re down one chef. Cliff has been quite busy at work and scaling back his time in the kitchen, two down. Rafaella has been busy studying for her final exams in pharmacy and preparing for her internship at Hadassah Hospital. Uh-oh, strike three.

So, for the first time in my 50-plus years, I am learning to cook. My mother used to say that if you can read, you can cook. I always answered that I’d rather read a novel than cook a meal.

But somehow this coronavirus time has helped me channel my inner Jewish Julia Child. I’ve tried new recipes, from a Thai coconut curry soup (complete with kosher shrimp) to gravlax to Moosewood’s mushroom barley soup. If I focus and follow the directions, it usually turns out well. I am also finding cooking therapeutic. I turn off the news, put on some music, and focus on chopping and stirring.

Like everyone these days, I feel that I have no control over what’s going on outside. I find my emotions very close to the surface. I’m not sleeping well, so I’m often tired, and it’s hard to concentrate on work. But when I cook, I have control over the ingredients, and it usually turns out more or less the way the recipe promises it will.

Another benefit is that we are all eating dinner together more often. When the kids were young, I insisted on “family dinner” almost every night. As they got older, and we all had different schedules, we began eating dinner at different times. Coronavirus has brought us together again every night for dinner. As scary as the world seems today, I’m finding emotional nourishment in preparing food for my family, not just in consuming it.