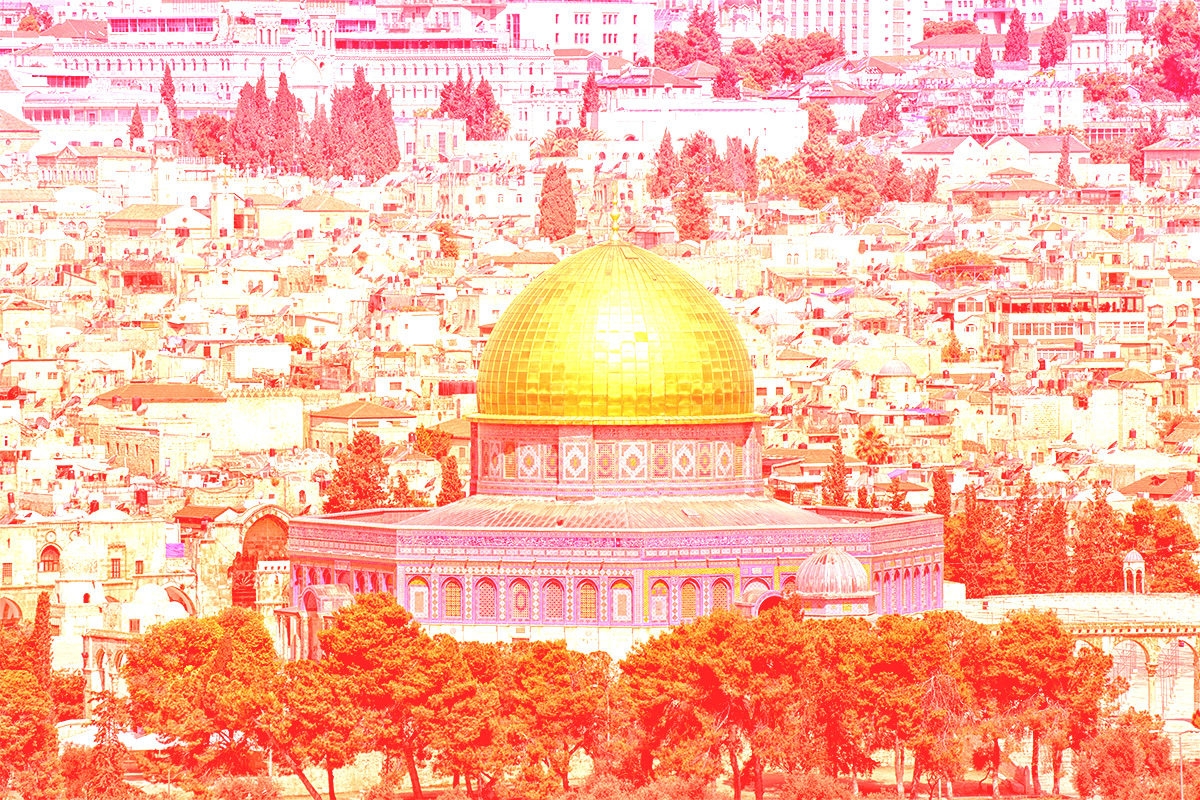 Jerusalem is arguably the most famous city in the world. According to the Torah — which mentions the city more than 600 times — the creation of the entire world began with Jerusalem. The ancient city has been inhabited since about 3,000 BCE and, as everyone knows, it’s considered holy by Jews, Muslims, and Christians alike.

But beyond its age-old history and beauty, Jerusalem is a modern Israeli city, too — and so much about it deserves to be celebrated!

The lesser-known Israeli national holiday of Jerusalem Day — which this year begins on the evening of Saturday, June 1 — commemorates the reunification of Jerusalem in the aftermath of the Six Day war in 1967, which was the first time the city was controlled by Jews since the destruction of the Second Temple in 70 ACE.

In honor of Jerusalem Day, here are nine surprising facts about the Holy City.

1. Jerusalem’s signature dish is a sandwich made of leftover cuts of meat that restaurants couldn’t sell.

Me’orav Yerushalmi, or Jerusalem mixed grill, is a city staple: spiced leftover bits of meat (think hearts, brains, offal), mixed  with onions and spices and served in fresh bread. It’s said to have been invented in the 1960s by the owner of a grilled meat stall who wanted to close for the night, so he chopped up all his meat, made sandwiches, and practically gave them away so he could go home. Since then, it’s become a staple of the dining scene in Jerusalem (and beyond). In 2009, eight of Jerusalem’s top chefs cooked the world’s largest Me’orav Yerushalmi, nabbing a spot in the Guinness World Records.

2. The animals in Jerusalem’s Biblical Zoo keep kosher for Passover.

Once Passover begins, all the animals are switched to a chametz-free diet.  Elephants and goats — which normally receive bread as a treat — are fed matzah instead. Animals that normally eat grains are switched to an all-legume diet for the week. And before the holiday starts, all animal cages are thoroughly cleaned to make sure they harbor no chametz — that’s some serious dedication!

3. Jerusalem is a high-tech hub.

Though Jerusalem is of course ancient in nature, in recent years, Jerusalem has emerged as a high-tech hub. Yes, Tel Aviv leads the pack when it comes to Israel’s startup scene, but there are also about 367 hi-tech startups in Jerusalem, plus 20 foreign multinational companies with R&D research facilities, and 18 venture capital firms. In 2015, Time magazine named Jerusalem one of the world’s top emerging technical centers.

Dating from the period of the First Jewish Temple in Jerusalem, the Mount of Olives cemetery in Jerusalem is 3,000 years old. Nobody is sure just how many people are buried there, but many estimate it contains 250,000 graves. There are many Jewish traditions about the cemetery: those buried there are said to be the first to be resurrected in the end of days.

The cemetery is the final resting place of notable Jews throughout history, from prophets like Haggai and Zachariah to Eliezer ben Yehudah, the man who resurrected Hebrew as a modern language.

The public, non-profit hospital in western Jerusalem, is no stranger to terror attacks: it treats both victims and terrorists. Founded in in 1902 by Orthodox Jews, the hospital today treats more 600,000 people each year, including Muslims, Jews, Christians, and others. In 1979, it moved to its current location near Mt. Herzl in western Jerusalem; its state-of-the-art 10-story facility includes three levels that were built underground in order to withstand terrorist or military assaults. The underground floors are among the hospital’s busiest: that’s where the emergency room, operating rooms, medical supplies, and pharmacy are located.

6. The tallest structure in Jerusalem is 119 meter-high Chords Bridge, designed by renowned architect Santiago Calatrava in 2005 and meant to evoke the Harp of King David.

Calatrava has designed structures and bridges all over the world, but this is the only one that carries both a pedestrian walkway and a railway. At night, the Chords Bridge lights up in a shifting rainbow-hued pattern. Calatrava said when he began work on the Chords Bridge, Jerusalem officials asked him to create the most beautiful bridge he’d ever designed.

7. One of the most important museums for Islamic Art is in Jewish west Jerusalem.

The world-class Museum for Islamic Art was founded in the 1960s by Vera Bryce Salomons, an aristocratic British Jewish philanthropist. One of its star exhibits is a watch made for Marie Antoinette. In 1986, the Marie Antoinette watch, along with other antiques, was stolen from the museum; the case was finally solved 25 years later.