In Belgrade, Where My Family Was Persecuted, Antisemitism Strikes Again – Kveller
Skip to Content Skip to Footer

In Belgrade, Where My Family Was Persecuted, Antisemitism Strikes Again 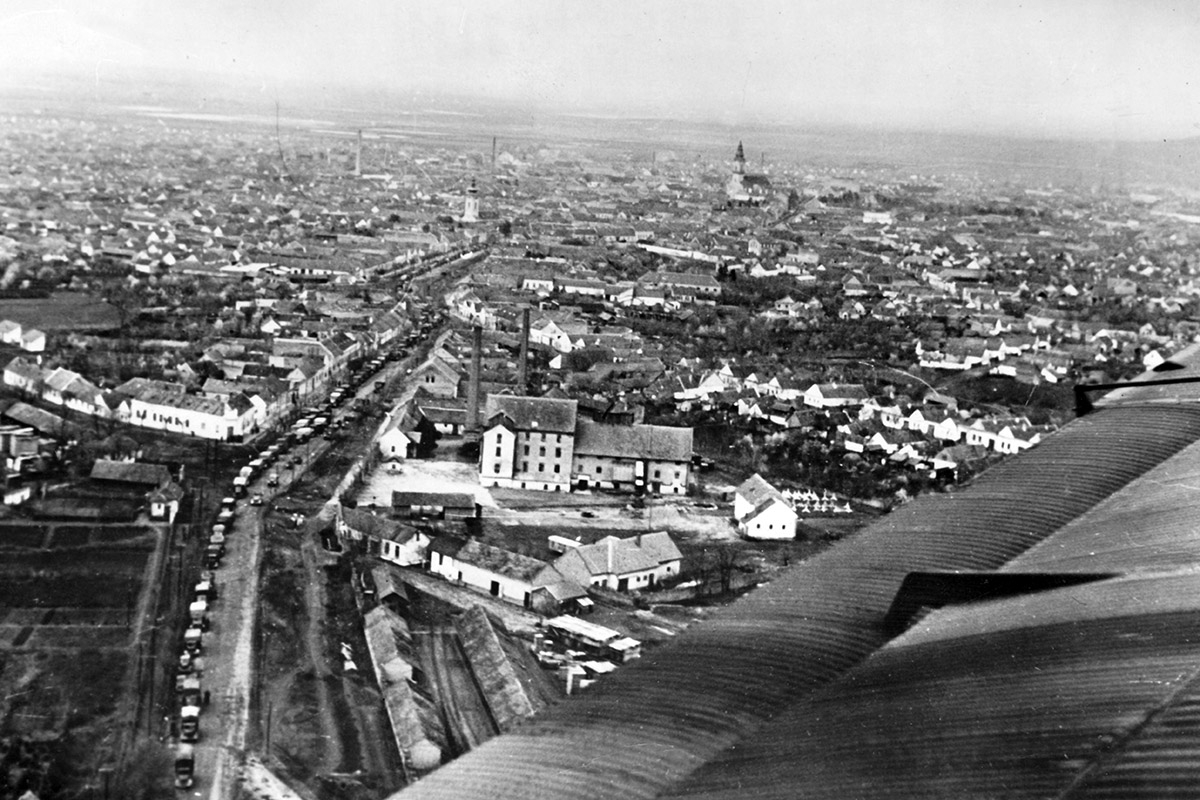 Late last month, vandals threw an axe through the window of the chapel of Belgrade’s Jewish cemetery. When I heard about it on Twitter, my heart sank. This antisemitic act more than 4,000 miles away hit home for me. Four years ago, I traveled there from Boston for the first time to see the graves of my father’s grandmother, great-grandmother, and great-grandfather.

My ancestors have no living descendants left in Belgrade. The capital city’s remaining Jewish community is small and undoubtedly hit hard by this antisemitic violence. So far, there has been no response from the Serbian government.

In 2017, three generations of descendants — my father, born there in 1938, my 21-year-old daughter Rebecca and I — traveled to Serbia to search for family history and connection. We found my great-grandmother Regina’s tombstone lying face down. The culprit wasn’t hatred, but time and neglect.

I carried a plastic bag full of stones from Massachusetts, something from the new country to leave behind. Because she died before the Holocaust, Regina has a gravestone. My father asked the cemetery keeper, “Please raise it,” his hand motioning upward. It was the tone of voice he used when, as a child, I’d done something disappointing. Our guide Davor Salom’s translation felt redundant.

The cemetery keeper levered the stone with a crowbar, an odd, almost brutal action. I felt self-conscious being American, being Jewish, taking pictures.

Regina’s image was erased from prolonged contact with the earth, but Cyrillic and Hebrew letters were still visible. She died in 1930 at age 42, five years younger than I was then. We stood where my great-grandfather, grandfather and three great-uncles once stood, throwing handfuls of dirt at her funeral. They expected to be interred here. None are. No one knows where my great-grandfather, grandfather, and one of my great uncles are buried. I felt overwhelmed by heat and history.

The day before, we had visited Jajinci, the grassy park where Nazi firing squads murdered thousands of Jews, Roma and Serbs. No monument with the names of the dead there or anywhere in Belgrade. Aside from a couple making out on a bench, we were the only visitors. My grandfather is probably in that mass grave. For every Nazi that partisans killed, soldiers shot one hundred civilians.

I have seen only two pictures of my grandfather. Optimistic images of beginnings. In one he holds my infant father, bundled against the cold. In his wedding photo he poses next to my grandmother, gloved hand on her elbow. During the war she’ll make her children clothes from the train of this elegant gown.

My grandfather tried to run too late. The Nazi documents I discovered are chilling. A street pass shows he and four other Jews comprised a pipe-laying crew. A typed roll-call has checkmarks next to his name, Alexander Brill, and his younger brother Zil’s, and dozens of men they probably knew all their lives. Likely most have no surviving descendants to puzzle out the past because the Holocaust was so complete in Serbia. Ninety percent of Jews murdered. Only a thousand or so survived to tell their stories.

At first, after my grandfather was enslaved, he came home at night. Then he didn’t. My grandmother, pregnant with my aunt, brought food until the day the gates were open and the camp was empty. Although I grew up hearing Shoah stories, it’s a gut punch to learn details slowly, plugging Serbian words into Google Translate. My grandfather should have survived to live a life that overlapped mine. 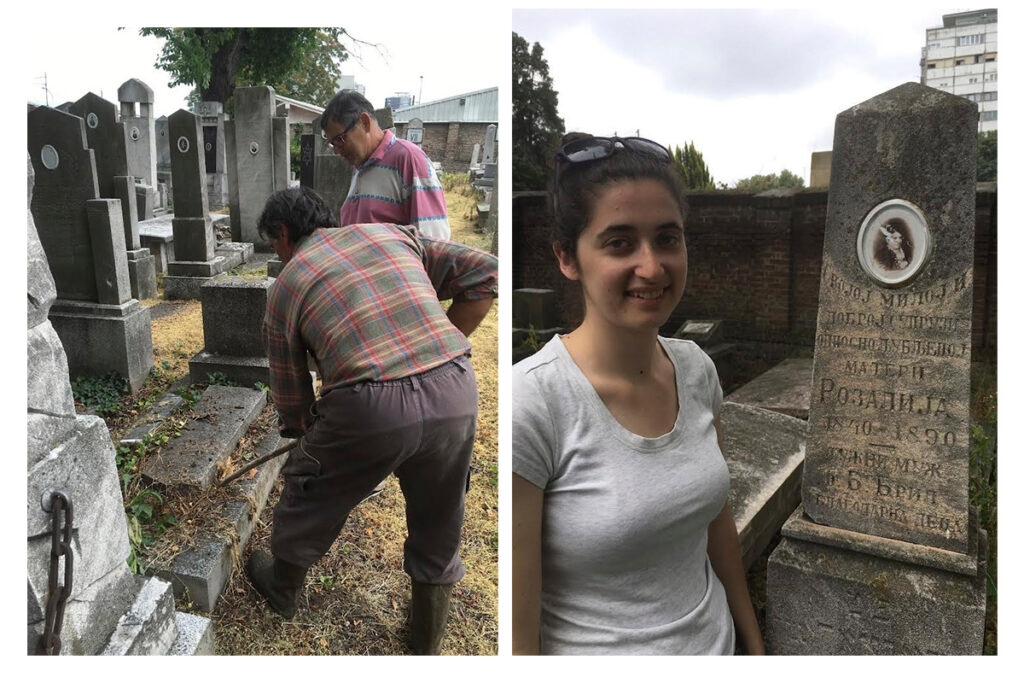 At the cemetery, my dad and our guide discussed gravestone repairs. Caring for the dead is the ultimate mitzvah because they can never repay you. Although my great-grandmother birthed five sons, no descendants remain in Europe. It was up to us.

We didn’t say Kaddish. We aren’t that kind of Jews. Would my great-grandmother have minded? Born in 1887 in a Sephardic community, and later betrothed in an arranged teenage marriage, she couldn’t have imagined the foreign, secular Jews her family would become.

Outside the walls we heard children play. I placed the warm stones, a Jewish symbol of the permanence of memory, on the now upright grave, acknowledging we were there. This normal act can’t be simple in that cemetery. Yet we were three generations visiting our dead.

Hidden away behind the cemetery’s walls, giant wings made from the rubble of bombed building are a tombstone of sorts to my grandfather and tens of thousands of Jewish victims from Yugoslavia. We placed more stones there.

Because the large Jewish communities that lived in Eastern Europe before the Holocaust are gone, their cemeteries are easy targets for hatred and destruction. Sadly, Belgrade’s cemetery is just one example of many. But when I saw the photo of that shattered window in Belgrade, I didn’t think about what has happened to cemeteries scattered across Europe. I thought of my ancestors — Bernhard, Rosa, and Regina Brill — and how now their gravestones felt more vulnerable. I thought of that hot June day I visited with my father and my daughter, and how we, our guide, and the cemetery keeper were the only ones there.