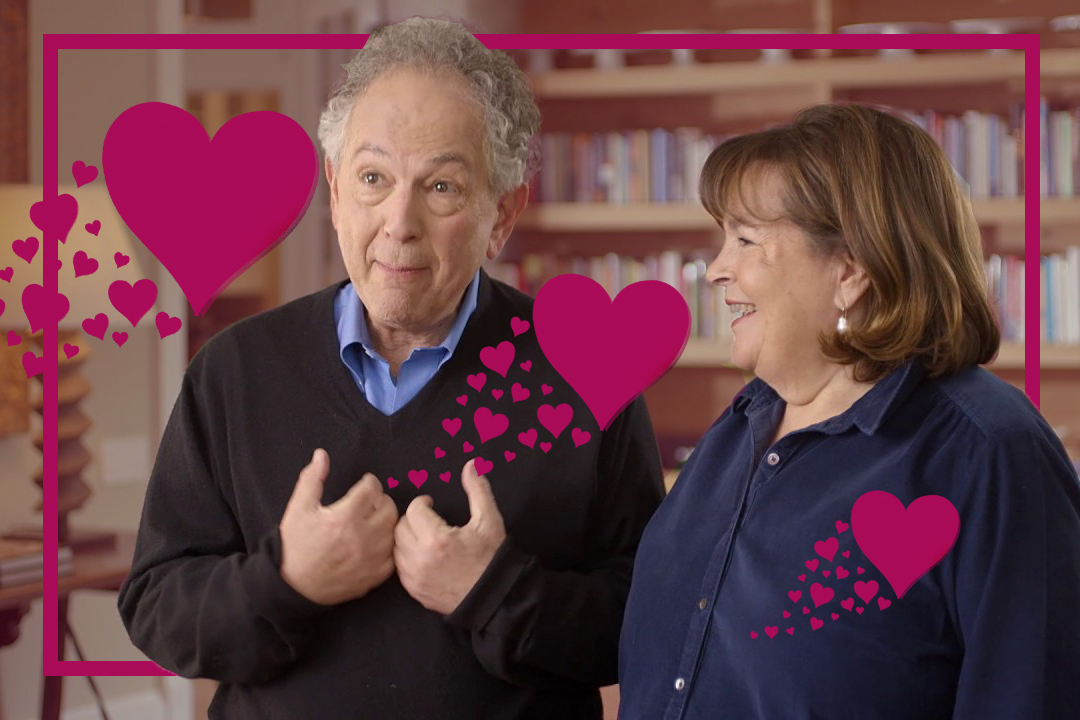 We all need that couple that helps us believe in love. For me, that couple is, without a doubt, culinary genius Ina Garten and her husband, Jeffrey.

After more than 50 years together, this Jewish duo seems just as in love with each other as on they were on their wedding day (and those wedding photos, BTW, are adorable). I mean, when your wife writes an entire cookbook for you, Cooking for Jeffrey, you know it’s the real deal!

In episodes of Barefoot Contessa and on Ina’s Instagram, you can often see these two cuties canoodling, or Jeffrey offering Ina flowers, or smiling at his loved one from across the dinner table.

Ina and Jeffrey met at Dartmouth in 1964. Or rather, Jeffrey saw 16-year-old Ina from a window while she was there visiting her brother, and he was smitten. After finding out who the girl he was, they had a date that same night. So began a long courtship with many dates and letters exchanged.

Ina and Jeffrey are both Jewish, and Jeffrey’s father was a WWII veteran. After marrying in 1968, Ina became a military wife when Jeffrey, like his father, enlisted. But Jeffrey wanted Ina to be happy, and encouraged his wife to go to college and pursue a career.

Ina honed her passion for cooking when the two were living and working in Washington D.C. (she was working at the White House at the time!) and throwing lavish dinner parties. It was Jeffrey who encouraged Ina to buy a specialty food store in Westhampton, New York, by the name of “Barefoot Contessa.”

For 20 years before writing her first cookbook, which was a smashing hit, she ran the store.

The adoring husband always believed his wife would be successful. He told the Food Network: “She has natural talent, but it’s backed by so much effort and so much focus,” he says. “When she had the store, she’d work until midnight all the time. The discipline of her recipe testing and how seriously she takes it — she doesn’t settle for anything but the best. She’s like a runner who collapses at the finish line even though she was ahead the whole race.”

Fifty years and two successful careers later (Jeffrey is dean emeritus at Yale School of Economics), you can see that it’s mutual support and lots and lots of love that makes this couple click. “The secret is just that you care about each other and admire each other and support each other — and you get that back,” Ina once revealed to Katie Couric.

As for why they’ve never had kids, Ina told Couric: “I really felt, I feel, that I would have never been able to have the life I’ve had (with children).”

And the couple have no regrets. “I really appreciate that other people do, and we will always have friends that have children that we are close to, but it was a choice I made very early,” Ina said.

As for Jeffrey, he believes the two have been fated from the beginning. “I don’t want to make it seem supernatural or anything,” he told The Food Network, “but I saw everything that was to be. I just knew she’d be the kind of woman I’d want to be around forever.”

Love these two so much!