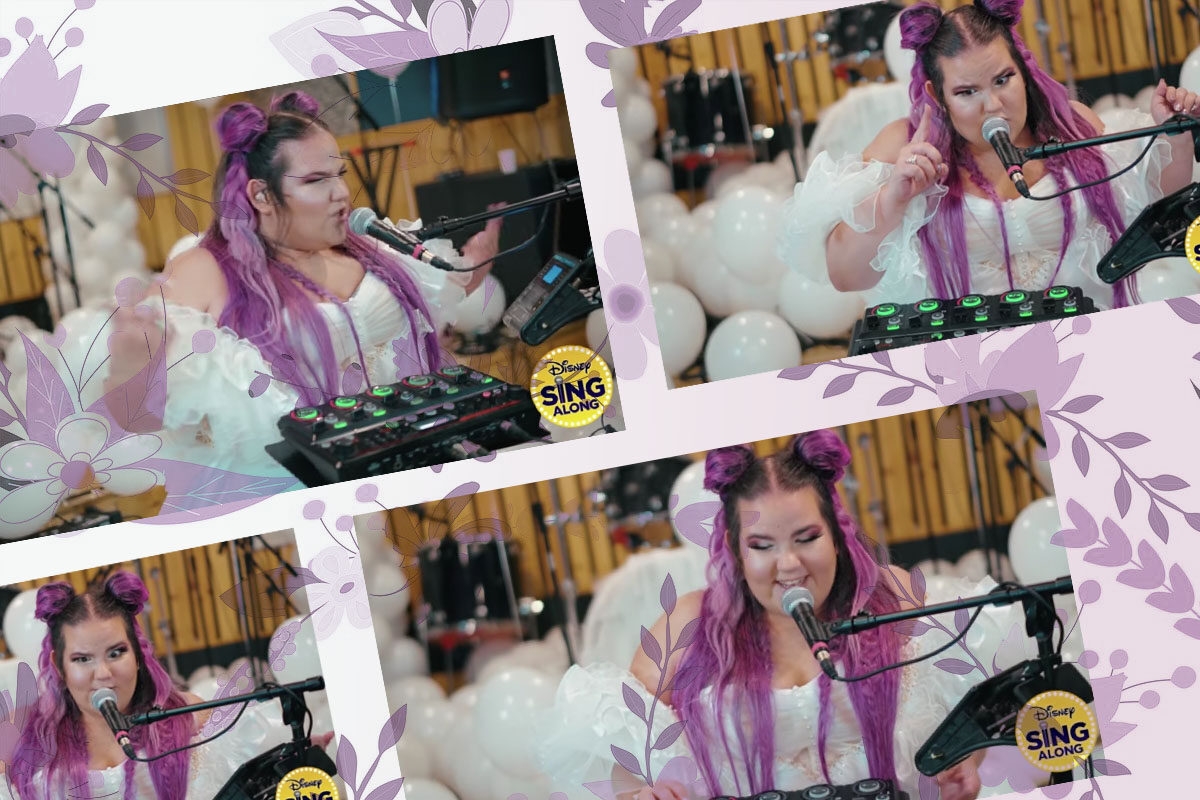 We all need some joy right now — and no one is better at delivering that then the iconic Israeli musician, Netta. I cried tears of happiness when she  won the Eurovision song contest in 2018 with her feminist dance anthem, “Toy.” Honestly, I still get emotional whenever I hear the song!

And now, the Israeli electro-pop star has brought us some serious Disney magic, right when we need it most: a cover of Mary Poppins’ “Supercalifragilisticexpialidocious” that truly takes the delightful song from the 1964 musical about the magical nanny to the next level. And then a few more levels above it. Seriously, our queen, Netta, is giving Julie Andrews a serious run for her money!

Disney Music posted the official cover with the caption “Betcha’ve never heard ‘Supercalifragilisticexpialidocious’ performed like THIS before!” And we can definitely concur.

Netta looks like a real-life Disney princess in this clip, with cute purple buns and a regal white dress with the prerequisite puffy sleeves — she’s truly ball-ready! She’s surrounded by white balloons and uses both her looper and her incredible energy to transform the tongue-twister tune into an uplifting party song.

Of course, as a Jewish culture site, we have to remind you of the song’s Jewish origins: “Supercalifragilisticexpialidocious” was written by the Sherman Brothers, sons of Russian-Jewish immigrants, who once attributed the origins of the song to their (most likely Jewish) summer camp experience: “When we were little boys in the mid-1930s, we went to a summer camp in the Adirondack Mountains, where we were introduced to a very long word that had been passed down in many variations through many generations of kids… The word as we first heard it was super-cadja-flawjalistic-espealedojus.”

Well, l’dor v’dor — here’s to another great Jewish artist passing on this delightful word to a younger generation.

How to Stop Kvetching and Start Kvelling Instead