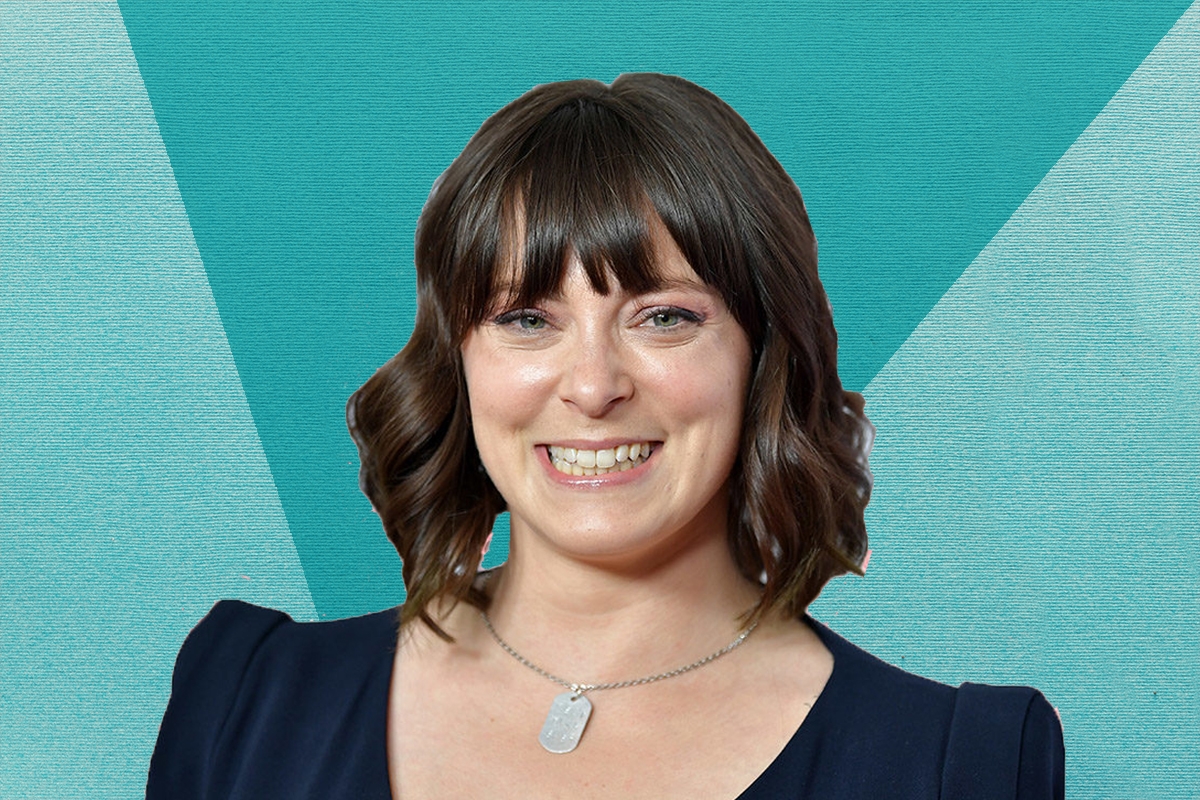 Rachel Bloom has always had our attention. Along with bringing us a hilarious and complex show with a nuanced Jewish heroine, the star and creator of “Crazy Ex-Girlfriend” became a mom during the pandemic. After welcoming her first child with husband Dan Gregor in April 2020, we have been following Bloom as she documents her first year of parenting with photos of her playing in the dirt with her daughter and sharing her love for yoga poses.

Bloom grew up going to Hebrew school at a Conservative synagogue in California and often engages with the cultural aspects of Judaism. We love Bloom for so many reasons, including her transparency about her mental health. But this week, she informed her fans of a journey she’s had with her physical health, too: Bloom shared on Instagram last week that she had breast reduction surgery.

Her post, which includes before and after photos of Bloom’s surgery, details her thought process and health journey. The actress — who literally sang a song on “Crazy Ex-Girlfriend” called “Heavy Boobs,” inspired by her body before having a baby — shared that after pregnancy and breastfeeding, her breasts changed in size and texture, creating a lot of physical pain.

She shares that she “started to get underboob rashes, shoulder grooving (when your bra strap digs into your skin), neck issues and night sweats (I couldn’t fall asleep unless I had a pillow in BETWEEN my breasts).” Which, ugh, sounds terrible.

Bloom further explains that she met with three doctors and ultimately decided on having a breast reduction to get back to the breast size that she was before the baby. “I already feel more comfortable and relieved,” Bloom wrote.

For so many of us, elective surgery still holds a stigma, even if its reason is for a person’s health and/or comfort. It means so much to see Bloom de-stigmatize this type of surgery — which is often performed for reasons such as chronic pain and discomfort.

It can also be taboo to discuss the way that your body changes after having a baby. We are so excited that a beloved celebrity like Rachel Bloom is using her platform to open these conversations and to share that, yes, it’s OK to admit that having a baby can take a toll on your body.

It is wonderful to see Bloom prioritize her health and wellbeing, and we hope her audience is inspired to do the same.