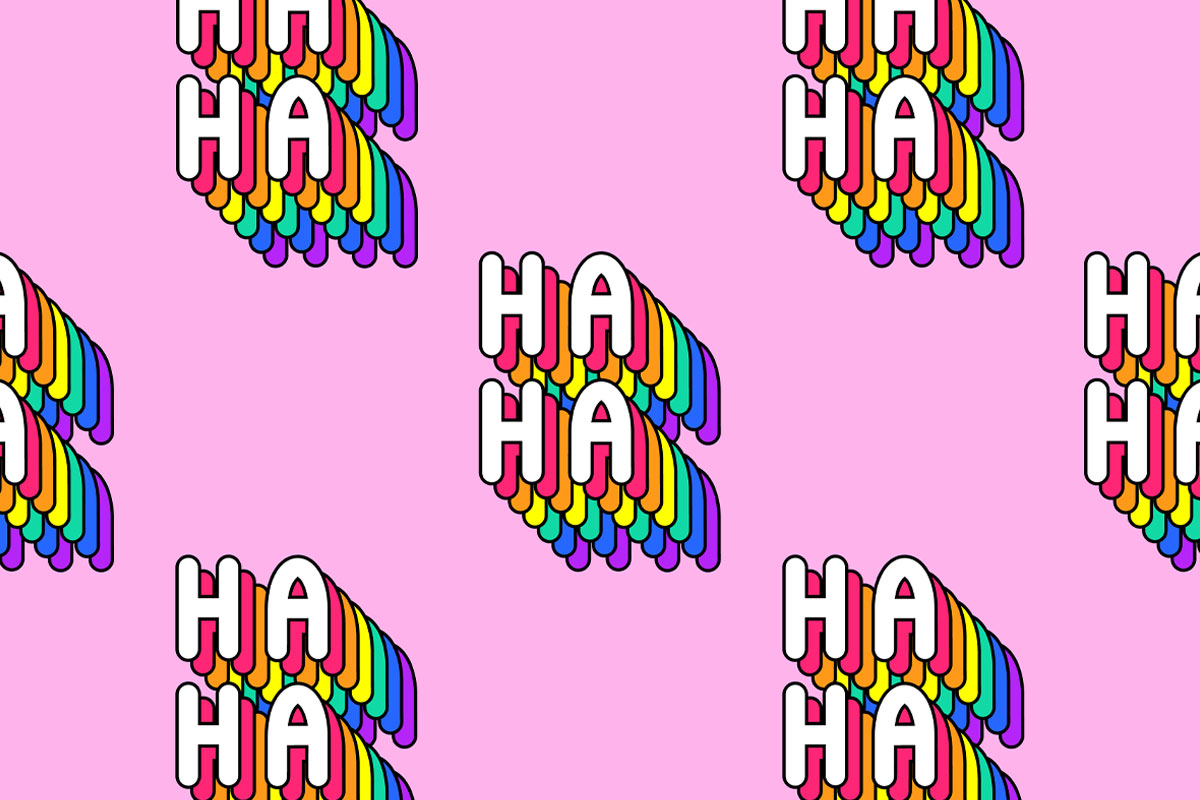 That was the advice I kept getting from veteran teachers when I first entered the education field a little more than a decade ago. I laughed every time I heard it, partly from surprise and partly from imagining myself maintaining a strict expression on my face for that long. I knew that there was no way I would stifle my personality and my sense of humor for an extended period, and I was skeptical about its effects anyway. There had to be a better way to run a classroom.

My opening lesson as a first-year teacher had some cracks, puns and quips. And I had no regrets. I quickly learned that jokes and laughter in the classroom had the same effect, if not a better one, than strictness did — in actively engaging kids, settling conflicts that arose and creating a positive and respectful classroom atmosphere.

A number of years later, when I became a mother, I latched onto humor: both as a strategy to help me through the challenges (and beauty!) of raising little ones and as a tool to connect with, and laugh with, my children. As time goes on, and as I continue to use comedy in raising my own children and educating others, I appreciate the beauty of humor even more. It encourages kids to play with language, develops their creativity, instills them with confidence, keeps them laughing and decreases stress and frustration levels. Based on my experience in the field and the research I’ve done, you can’t tell me that jokes aren’t a serious matter.

This past year, I set out to write a Jewish joke book for kids. I grew up collecting and memorizing joke books, and I was inspired by the prospect of writing one specifically with Jewish jokes: to get kids playing with common Hebrew phrases and thinking about various aspects of Jewish life.

It’s never too early to start joking around and getting kids to laugh. (With kids as young as 1, for example, you can say, “Let’s put on your socks! Do they go on your nose? No! That’s silly!”) And I’ve found that once kids start playing around with language and words in a fun way (and they get positive reactions), there’s no stopping them. They’ll become more imaginative, confident, expressive and funny. What more can you ask for?

When my toddler enters a room and proudly announces, “I made up a new joke,” I get very excited. Yes, I may have to feign some laughter and help him tweak his punchline a bit. But I am proud that he’s taking risks and exploring his world using humor and creativity. And I know that having a sense of humor will help him throughout life, just as it’s helped me. And that’s no laughing matter.

Here are four examples of Jewish joke categories you can enjoy playing around with and discussing with your kids:

Jokes with Hebrew words and phrases

Practice using common Jewish phrases and get a kick out of it, too. For example:

Q. Why couldn’t the congregants hear the baal tokeah?

A. He was standing shofar away.

Q. What do you call it when toilet paper says, “I’m sorry”?

Help your children become accustomed to the Hebrew letters. For example:

Q. Why did the Hebrew word go to the doctor?

Q. Why did the last Hebrew letter wear a smiley t-shirt?

Have fun playing around with the Jewish names in your family and friend circles as well as with characters from the Biblical stories. For example:

Chaim glad to meet you!

Talia neighbors their music is too loud!

Get kids thinking and playing with language as you explore all the topics you don’t want to share jokes about. Read the examples below to see what I mean.

Did you ever hear the joke about the chametz? Never mind, it’s kind of crummy.

Did you ever hear the joke about the kippah? Never mind, it’ll go over your head.

I’d love to hear what jokes you and your family come up with. Please send me your best ones (and your worst ones!) on my website. And you can find lots more original Jewish jokes in my new book, “Only Kidding! My First Book of Jewish Jokes.”

Baal Tokeah – the one who blows the shofar on Rosh Hashanah

Chametz: Unleavened bread, food that is not Kosher for Passover

Kaf: one of the Hebrew letters (makes a “k” sound)

Kippah: a beanie or skullcap often worn by Jewish people

Tav: one of the Hebrew letters (makes a “t” sound)