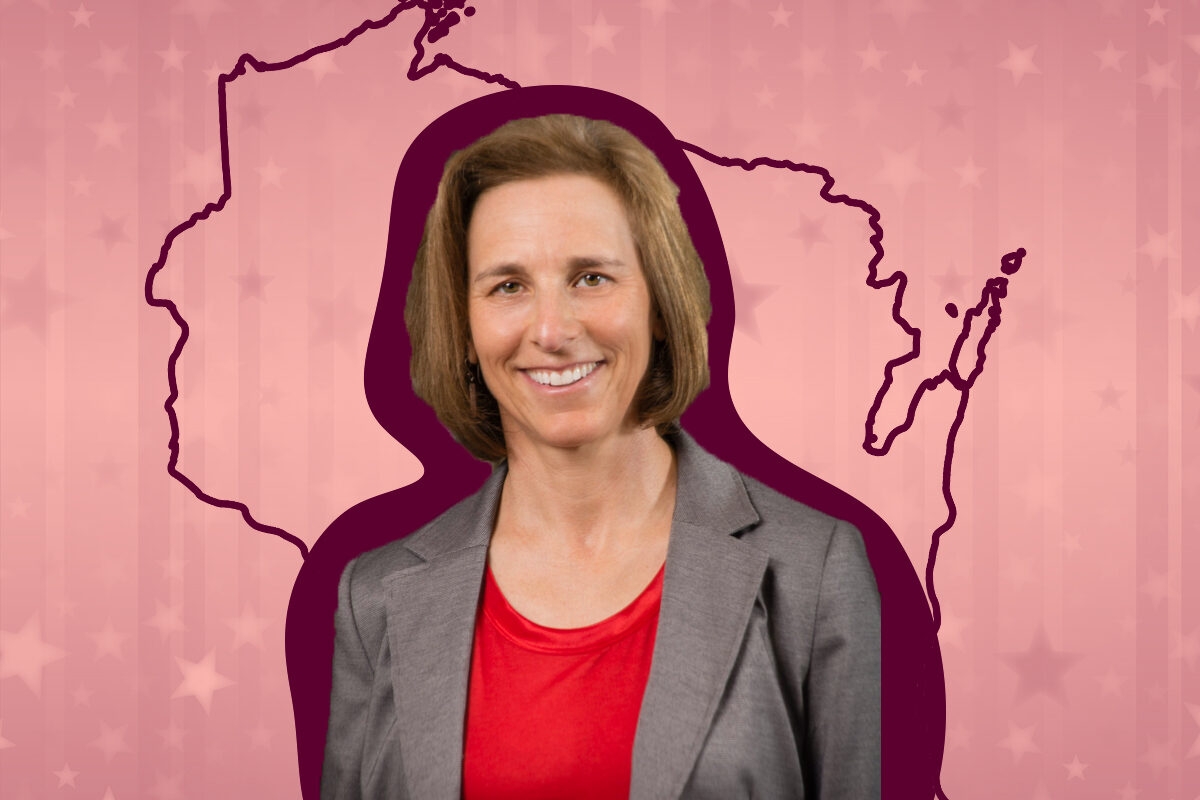 Earlier this month, Jill Karofsky was elected to Wisconsin’s Supreme Court. The Jewish, single mom of two defeated the Trump-endorsed incumbent in a surprise victory, winning 55 percent in the purple state.

However, she believes her election should not have happened.

“On April 7, I was on the ballot in an election that should not have happened,” Karofsky, 53, wrote in The New York Times. “I was running for a 10-year term on the Wisconsin Supreme Court against an appointed incumbent. I came to find out after the election that incumbents in Wisconsin have lost Supreme Court elections only twice in the last half-century — had I known that when I started, I might never have run.”

The Wisconsin primary election on April 7 occurred amidst the COVID-19 pandemic. Wisconsin governor Tony Evers formally called for a postponement, and the legislature wanted to extend the mail-in ballot window so voters did not have to risk their health just to vote. Yet, Wisconsin’s Supreme Court overturned this, and the U.S. Supreme Court backed them up.

So, Wisconsin voters had to go to the polls, which is something they quite literally risked their lives to do. Many voters waited in long lines for hours; in Milwaukee, for example,  due to a lack of poll workers, only five sites were open, a major drop from the usual 180. (Officials are now saying at least 40 people who voted or worked the polls that day have tested positive for COVID-19.)

These voters they elected Judge Karofsky on a wide margin — and yet, Karofsky calls her victory “bittersweet.” As she wrote in the Times: “It was unacceptable to hold an election under circumstances in which people were forced to choose between their safety and voting. It disenfranchised countless people and raised serious concerns for the future of our democracy.”

Still, many political observers are pointing to Karofsky’s win as a harbinger of what’s to come in the 2020 elections.

As JTA’s Ron Kampeas points out, “Trump twice had endorsed Karofsky’s opponent, the incumbent Dan Kelly, and Republicans in the state went all the way to the U.S. Supreme Court to quash Democratic bids to loosen conditions for voters who preferred to mail in their votes because of the pandemic. It backfired.”

Here she is celebrating “social-distance wise” with her friends, colleagues, and kids:

Thank you to everyone across Wisconsin who made this victory possible! pic.twitter.com/FkbPjnGsCH

Karofsky will be the third Jewish woman to serve on the Wisconsin Supreme Court: Justice Shirley Abrahamson served from 1976 until 2019, and was the chief justice from 1996 until 2015, when she stepped down, and Justice Rebecca Dallet remains an associate justice from her election in 2018.

Let’s get to know this Jewish mom who took down the Trump-backed incumbent, shall we?

At Middleton High School, Karofsky played tennis — and was a state champion! She was a Division I athlete at Duke University, where she completed her undergraduate degree. From there, she went to University of Wisconsin-Madison, completing her master’s degree and law degree.

Back in 1982, my friend Kristin (Moe) Kobylinski and I won the WI state high school doubles tennis championship. Those were the days! #TBT

In 1998, she married Jason Joel Knutson, but they later divorced. They have two kids, a son, Danny, and a daughter, Daphne. Her daughter is now in college, and her son is in high school.

Summer went by fast. Soon we’ll be trading ice cream for pumpkin spice lattes – just kidding! My son Danny goes back to school tomorrow, and my daughter Daphne is already taking fall semester classes. Best wishes to all the kids heading back to school this week! #Wisconsin

On her experience ahead of the election to the state Supreme Court, Karofsky wrote, “I have been a lawyer for almost 30 years. I served for almost two decades as a state and local prosecutor and crime victim advocate, focused on justice for crime victims, especially women and children. I prosecuted cases involving domestic violence and sexual assault, and served as Wisconsin’s first statewide Violence Against Women Resource Prosecutor, as well as Director of the WI Office of Crime Victim Services.”

And not only is she an experienced in the law — she is an ultra-marathon runner and Ironman triathlete. (Literally what can’t she do?!)  This was her fun fact in an election Q&A in a local paper: “I am a 2-time Ironman triathlete and I run 50-mile ultra-marathons. I have a daughter in college and a son in high school, and a one-eyed golden retriever named Cleo.”

On her judicial philosophy, Karofsky said, “When I hear a judge say ‘apply the law as it is, not as I wish it to be,’ I generally know they are likely to be the worst kind of activist judge, intending to implement a far-right-wing agenda. I am committed to the rule of law, to an independent judiciary, and to applying the Constitution fairly and equitably to today’s world.”