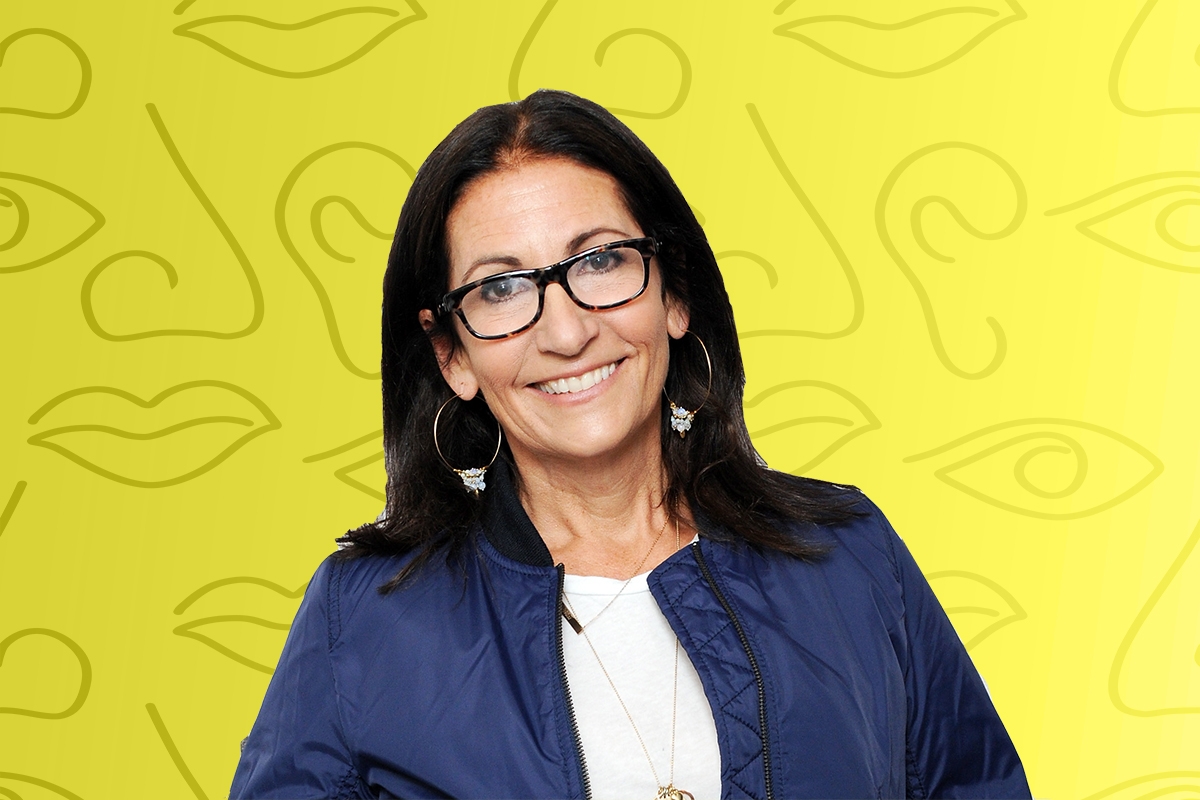 While that wording may be a bit too Christian for the Jewish makeup mogul and mom of three, it’s true that Bobbi Brown is the queen of embracing your face as it is — and she proved it when a follower on TikTok asked her about contouring their nose.

On Jan 10, Brown solicited followers for questions about makeup and beauty. One user asked for advice: “Contouring my nose has always been a struggle. Please help!” they wrote.

But instead of giving makeup tips, Brown gave her followers a wonderfully soothing sermon about why we don’t need to hide our noses, and how she chose not to hide or alter her own “Jewish” nose:

“Why would you want to contour your nose?” she said. “I think your natural face is your most beautiful face. It’s about being comfortable in your skin, it’s about being confident. When I was a kid my mother offered me a nose job — clearly, I didn’t get it.”

Of course, nose jobs aren’t a particularly Jewish procedure. But many Jewish women throughout the ages have been offered ones in their youth, especially around bat mitzvah age — which is probably what happened to Brown, who grew up Jewish in Chicago. ”It was the thing to do,” said Dr. H George Brennan told the New York Times in 1999. ”You had your bat mitzvah and you got your nose done.”

Since the early 20th century, physicians have promoted surgery to alter the appearance of what they call a “Jewish nose” — a term that, to be completely clear, comes from antisemitic propaganda and has no real scientific basis. For a lot of Jewish parents, this procedure was about more than just aesthetics.

“Jewish parents at that time didn’t want their children to look Jewish,” Dr. James L. Baker Jr. said in the same Times article. ”They feared a stigma left from the war.”

While the popularity of nose jobs has declined in the 2000s, rhinoplasty (that’s the fancy medical name for a nose job) still remains one of the most popular forms of plastic surgery, with the procedure trending on modern social media apps, especially on TikTok. So it’s nice to have Bobbi Brown out there to counter that message.

Brown has never really seemed to care for what is trendy in beauty. She came up as a makeup artist in New York at an age where makeup was over the top — but made her living by letting us all know that we are beautiful the way we are.

She moved to New York in the ’80s after graduating from Emerson with a degree in theatrical makeup, and got her first big break doing makeup for Naomi Campell’s first Vogue cover (Brown was later lauded for being one of the first makeup brands to have a skin inclusive line). She first launched her makeup brand, Bobbi Brown Essentials, in 1991; she wanted to create lipsticks that were long-wearing, smooth, and that emulated natural lip-shades. The original offerings included 10 shades of wearable lipstick, but the brand, which was sold at Bergdorf Goodman, kept adding more and more products. Five years later, she sold Bobbi Brown to Estee Lauder. Leonard Lauder, Estee’s son, told Bobbi that her entrepreneurial spirit reminded him of his Jewish mom.

Back in 2016, Brown stepped down from Bobbi Brown, and in 2020, she launched a new makeup line, Jones Road Beauty. She also owns a wellness line called Evolution_18 (chai?!), as well as the George Hotel in Montclair. She has three sons — Duke, Cody and Dakota — with her Jewish husband, lawyer and developer Steven Plofker. In 2012, she invited Stephen Colbert, Cory Booker and Yogi Berra to her Yom Kippur break fast party.

As someone who started wearing makeup during the pandemic, I love Brown’s approach that less is more, and that makeup needs to make you feel good and confident. For some parents, having a long makeup routine might be comforting, some needed “me time,” especially if it’s a habit. But for others, being able to keep it short, and to find ways to love our aging faces, is a comfort.

“I embrace who I am,” Brown said in her TikTok video. “I want everyone to embrace who you are and to use makeup to just make you feel better about yourself, just give yourself a glow. Stop contouring your nose, you don’t need it.”

We love having the beauty MVP remind us that our natural noses, Jewish or otherwise, are beautiful, and that wearing makeup doesn’t have to be about hiding them or making them smaller — only about making ourselves feel better.