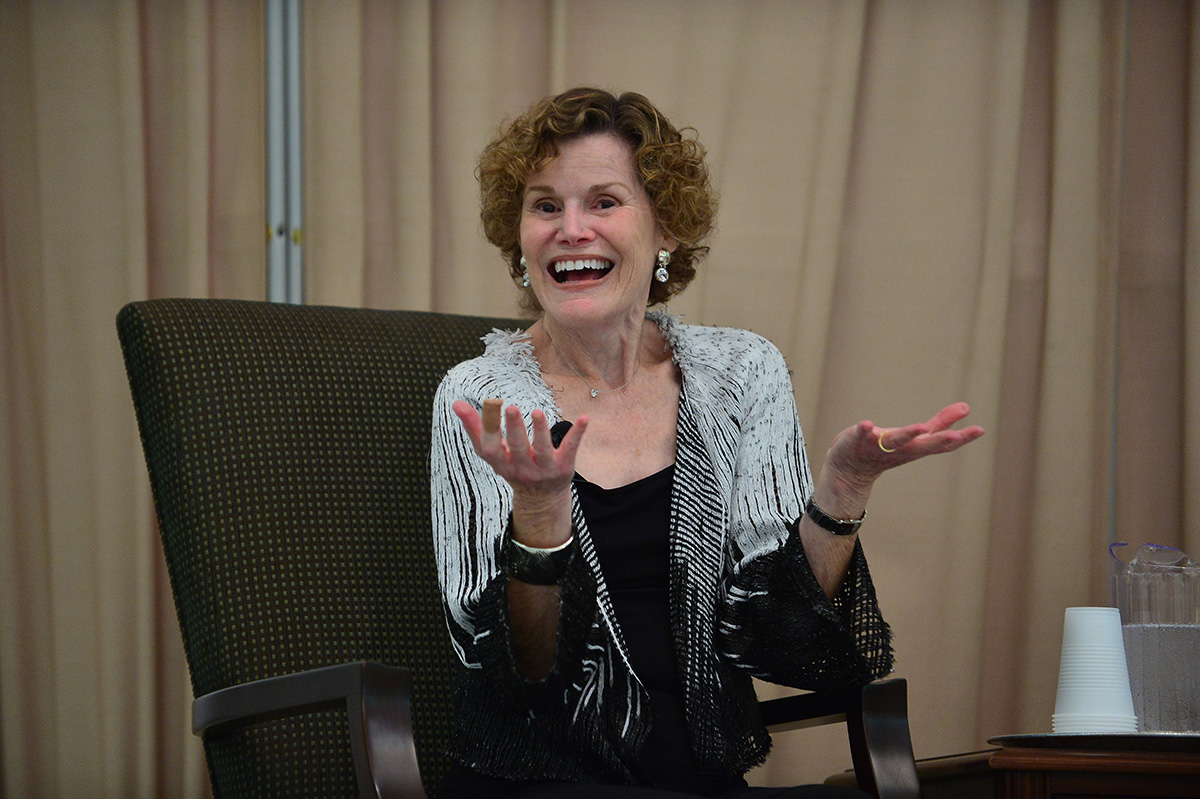 Here at Kveller, we believe Jewish author Judy Blume deserves all the honors and praise. The iconic writer is once again having a moment, and we couldn’t be happier!

First off, as we’ve previously noted, her seminal YA novel, “Are You There God? It’s Me, Margaret” is finally being made into a feature film this year. To say we’re excited about this is a serious understatement.

On top of this highly anticipated project — which features an A-list cast, including Rachel McAdams as Margaret’s mom — Blume is also receiving a highly unusual, high-profile accolade: A rest stop on New Jersey’s Garden State Parkway will be renamed in her honor.

Last week, New Jersey governor Phil Murphy celebrated National New Jersey Day with the announcement that the highway’s nine service areas will be renamed after various inductees in the New Jersey Hall of Fame. Blume, a native of Elizabeth, New Jersey, is among the honorees — the rest stop in Monmouth, along the northern stretch of the Jersey Shore, will be named for her. Other honorees include Jon Bon Jovi, Toni Morrison, Frank Sinatra and Whitney Houston.

“This is about putting New Jersey greatness on full display,” Governor Murphy said in a statement. As a New Yorker, I feel SO compelled to make a New Jersey joke, but I will hold back (yes, I know, I am so mature!).

Blume was born and raised in a Jewish home in Elizabeth; her mother, Esther Rosenfeld, was a homemaker and her father, Rudolph Sussman, a dentist. The neighborhood of her youth served as fodder for her 2015 adult novel, “In the Unlikely Event,” which centers around three real-life plane crashes that happened in her hometown in 1951 and 1952. (As a dentist, Blume’s father helped identify the remains of some of the 118 who died).

Blume’s Jewish father lost many of his siblings while she was growing up. As Blume herself has said, “a lot of my philosophy came from growing up in a family that was always sitting shiva.” We can only assume that this was quite a formative experience.

Living in New Jersey is also a central part of Blume’s mega-hit “Are You There God? It’s Me, Margaret,” which features its sixth-grade protagonist, Margaret Simon, who moves with her family from New York City to the Garden State. Much of Margaret’s story drew upon Blume’s real-life childhood: “When I was in sixth grade, I longed to develop physically like my classmates. I tried doing exercises, resorted to stuffing my bra, and lied about getting my period,” Blume wrote in an older version of her personal website. “And like Margaret, I had a very personal relationship with God that had little to do with organized religion. God was my friend and confidant. But Margaret’s family is very different from mine, and her story grew from my imagination.”

When I was a preteen, my mom recommended “Are You There God? It’s Me, Margaret” to me, as it meant a lot to her growing up. (Talk about l’dor v’dor, am I right?) Of course, it was exactly the book that 11-year-old me needed, at precisely the right time. (Such is the magic of Judy Blume!)

My feelings about this book and the rest stop dedication are summed up well by my colleague, Alma editor Molly Tolsky, who tweeted the following:

Just thinking about all the young girls who are gonna get their first period at the Judy Blume rest stop in New Jersey 🥺 https://t.co/4vOBxcMHCa

Mazels, Judy, on all your incredible accomplishments — including having a service area named in your honor. And hey, Governor Murphy, if you’re reading this: What about providing some free menstrual products at this rest stop? Or better yet, why not provide pads and tampons at all rest stops moving forward? We can’t think of a better way to honor menstruating travelers — and Judy Blume fans — of all ages!