Judy Blume's ‘Are You There God? It’s Me Margaret’ Movie Is Officially Happening – Kveller
Skip to Content Skip to Footer

Judy Blume’s ‘Are You There God? It’s Me Margaret’ Movie Is Officially Happening 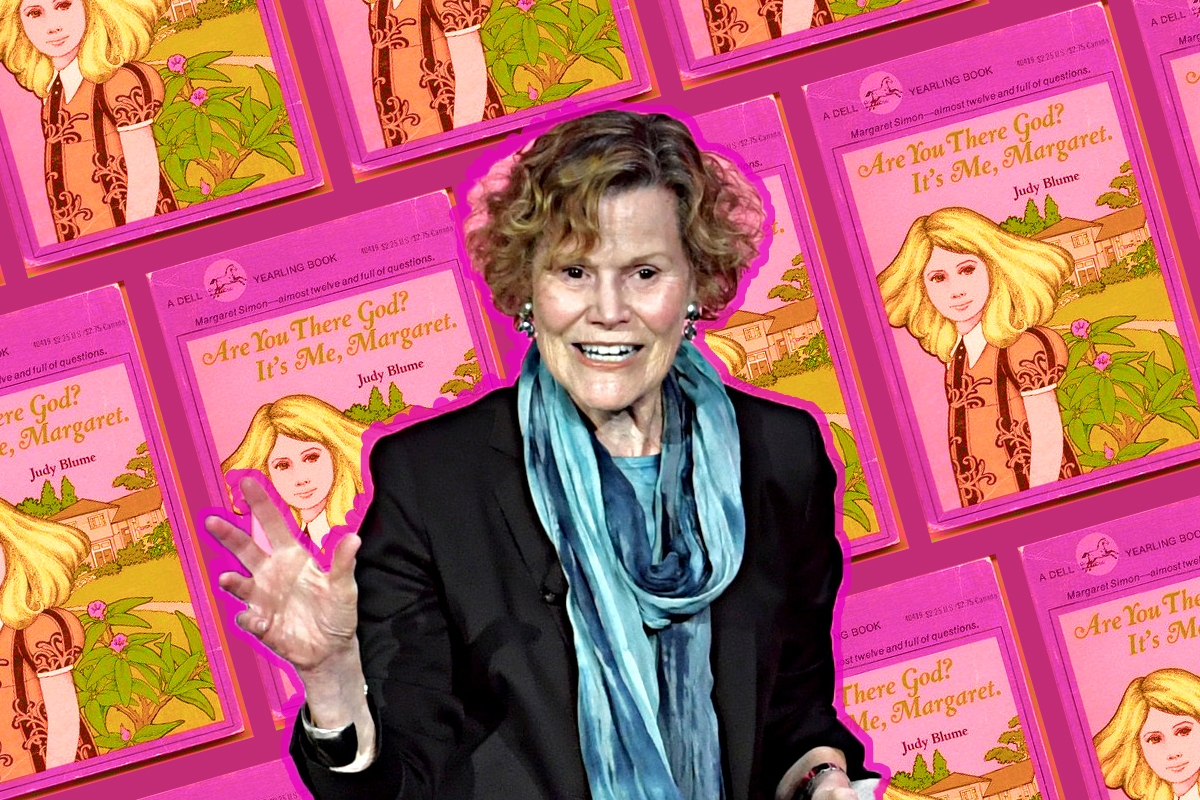 Fellow Judy Blume fans, we have wonderful news! The Are You There God? It’s Me, Margaret movie is officially a go, and we already know some of the members of the very promising cast (although no Jews as of yet).

Back in October of 2018, we let you know about earliest deal about the movie: The rights to the book were given to filmmaking team James L. Brooks and Kelly Fremon Craig, the team behind the critically acclaimed coming-of-age movie The Edge of Seventeen — starring Jewish actress Hailee Steinfeld — and is, in this writer’s humble opinions, one of the best coming-of-age movies ever made. (It’s also streaming on Hulu right now!)

And now, Entertainment Weekly confirmed the adaptation is a go — and will be shooting this very year. The movie will star Abby Ryder Fortson as our heroine, Margaret Simon. Fortson has already played the daughter of one beloved Jewish dad — Paul Rudd — in the Ant-Man films. She also played Mark Duplass’ daughter in HBO’s Togetherness.

“Margaret and I are really similar,” Fortson, 12, told the publication. “I love her. She’s so goofy and awesome. She’s all heart and love and just wants to have friends and figure out who she is.” (That’s absolutely how we would describe Margaret, who is the child of a Jewish father and a Christian mother, and we can’t wait to see Forston play her!)

Margaret’s mother, Barbara, will be played by the amazing Rachel McAdams, who starred opposite Jewish mama Rachel Weisz in the very Jewish film Disobedience.

Blume has given the cast her blessing: “My readers are always fantasy-casting my books, but I’ve never done that. But you know it when you see it, and Abby is a natural. And I’m so excited that Margaret got a funny, sexy, sassy mom in Rachel,” she said.

Announcements about the rest of the cast, and the rest of the Simon family, are forthcoming. Here’s hoping for some exciting Jewish representation when it comes to the casting of Margaret’s Jewish dad, Herbert, and her loving Jewish grandmother, Sylvia. It’d be a shame if a book that made so many Jewish kids growing up in interfaith families feel seen didn’t have at least some Jewish actors in its ranks.

The movie is set to start filming in April — that’s super soon! And Blume is planning to be fairly involved in the filming and is even planning to come to visit the set. What’s more, she has already confirmed that the unforgettable scene between Margaret and Laura Danker about being an early bloomer will be a part of the movie.

There is the character of Laura Danker in Margaret. She helps Margaret understand it’s not easy being an early developer in one of my fav scenes in the book. That scene will be in the movie too slated to shoot this spring. IDK if that would help but maybe. https://t.co/fYqAq7wSmt

If this exciting news is simply whetting your appetite for more Blume adaptations, there’s plenty of reasons to hope that more are on their way! While Blume has been reluctant to give the rights to her books in the past, she recently had a change of heart after talking to Brooks and Fremon Craig. “This is a team who cares about the book and understands it — I thought, let’s do this while I’m still around to enjoy it,” she said.

The author even recently suggested that she’s trying to get another widely beloved book of hers on screen: Summer Sisters, her excellent 1998 novel aimed at adults.

We’re here for any and all Judy Blume adaptations (seriously, where’s our Superfudge TV show?! It’s 2021!). Hopefully, Blume will be able to be involved in all of these exciting projects. Since she recently announced that she’s gotten the second dose of the Covid vaccine, at least we know that she’ll be safe and sound for the rest of the pandemic. Protect Judy Blume at all costs!

Husb and I are double dosed now. If that isn’t the best birthday gift I don’t know what is. Get your vaccine ASAP.