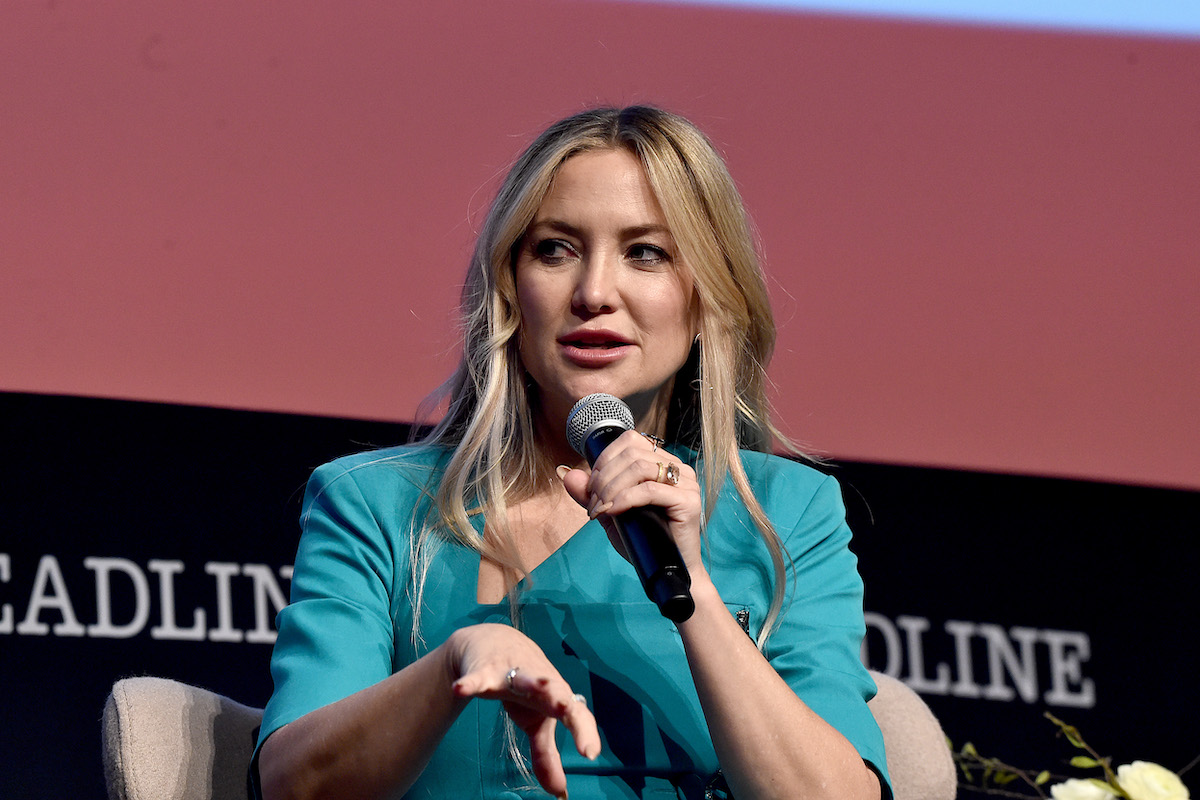 via Alberto Rodriguez/Deadline via Getty Images

In a recent beauty video, “Glass Onion” actress Kate Hudson, 44, shared all of her beauty tips — and also, surprisingly, her thoughts about being Jewish.

Vogue has a video series called “Beauty Secrets” in which celebrities show their makeup routines, and as they talk about their skincare (and promote their own product lines, because of course!), they also share fun details about their lives and roles.

In an over 10-minute-long video which went up last week, Hudson went into the minutiae of what some like to call “putting your face on,” talking about the supplements she uses and how she learned makeup tricks from Sophia Loren.

After sharing that she uses as little product as possible because she has sensitive skin, Hudson, a mother of three, shared a most fascinating aside that really had nothing to do with makeup or skin care while applying her mascara: “My grandmother is Jewish — was Jewish,” she said.

“Of all the religions that I am made up of [Hudson’s father, singer Bill Hudson, was raised Roman Catholic, and her maternal grandfather was Presbyterian] Judaism was the one I knew the most because she lived with us and she was very religious. She lit candles every Friday and put a napkin on her head. I remember when we were little, she would put the napkin on her head, and we all thought it was funny, and she was like ‘it’s not funny!'” Hudson says with a smile.

“But gram was the best, so Judaism was everything that I ever knew,” she says, before moving on to talk about how she does her eyebrows.

Hudson was referring to her maternal grandmother, Laura (Steinhoff) Hawn — the mother of actress and legend Goldie Hawn, 77, AKA Kate’s mom.

Laura was the daughter of Hungarian Jewish immigrants, and she owned a dance studio in Takoma Park, Maryland, where Goldie danced, too. She not only gave daughter Goldie the performance bug — she also raised her in the religion of her forefathers. In fact, she even named her after her aunt, as per Jewish tradition.

Hawn says one of life’s defining moments was when she was asked to dance at a friend’s bar mitzvah at age 12. When she persisted in finishing her dance routine after falling twice, she said, “I realized that I was probably the little girl who was going to make it.”

The celebrated actress has also played quite a few Jewish roles: She was nominated for an Oscar for her role as Jewish American princess Judy Benjamin in “Private Benjamin” (the script to the movie was written by Nancy Meyers).

For a long time, Hawn identified as a Jewish Buddhist. Even her daughter talked about her mother’s Buddhist practice.

“I was raised Jewish, but not a practicing Jew,” Hudson told the Harold Sun Times in 2005. “My mother is a Buddhist, which lends itself to a lot of the spirit world and opening yourself up to everything. I believe in the whole spirit world. I believe in manifestation of energy and I believe we are among something that is greater than we are.”

But in 2012, Hawn said she does not identify as a Buddhist — only as Jewish.

“I’m Jewish,” she told a BBC radio interviewer. “I studied Buddhism, I’ve studied Christian faith, I’ve studies Sufi, I’m a great believer in looking at all religions — comparative religion, and I think they’re all of great value and I think they’ve all been misinterpreted — we’re human so we interpret them the way we need to in order to move forward.”

But Hawn said, “I’m not a JewBu. I’m actually born to a Jewish mother and I was raised Jewish, but my father was Presbyterian and we also went to Presbyterian church.”

“I think people should believe in something,” Hawn went on to say,

That really does line up with what Hudson say in her interview for Vogue — the only religion that is major in her, and her mother’s life, is Judaism. (Hudson also did, unwittingly give her daughter a pretty Jewish name — Rani.)

Aside from religion, Hawn and Hudson do share a lot of things — including what Hudson calls her most important self-care habit.

“Meditation is the most important self-care that I do in a day,” Hudson says in the video. “I can thank my mom for her love of meditation and her really being a proponent of that and mental health and mental fitness because she’s been doing all that since the ’70s, darling.”