Keeping ‘Christ’ in Christmas Is Actually Good for the Jews 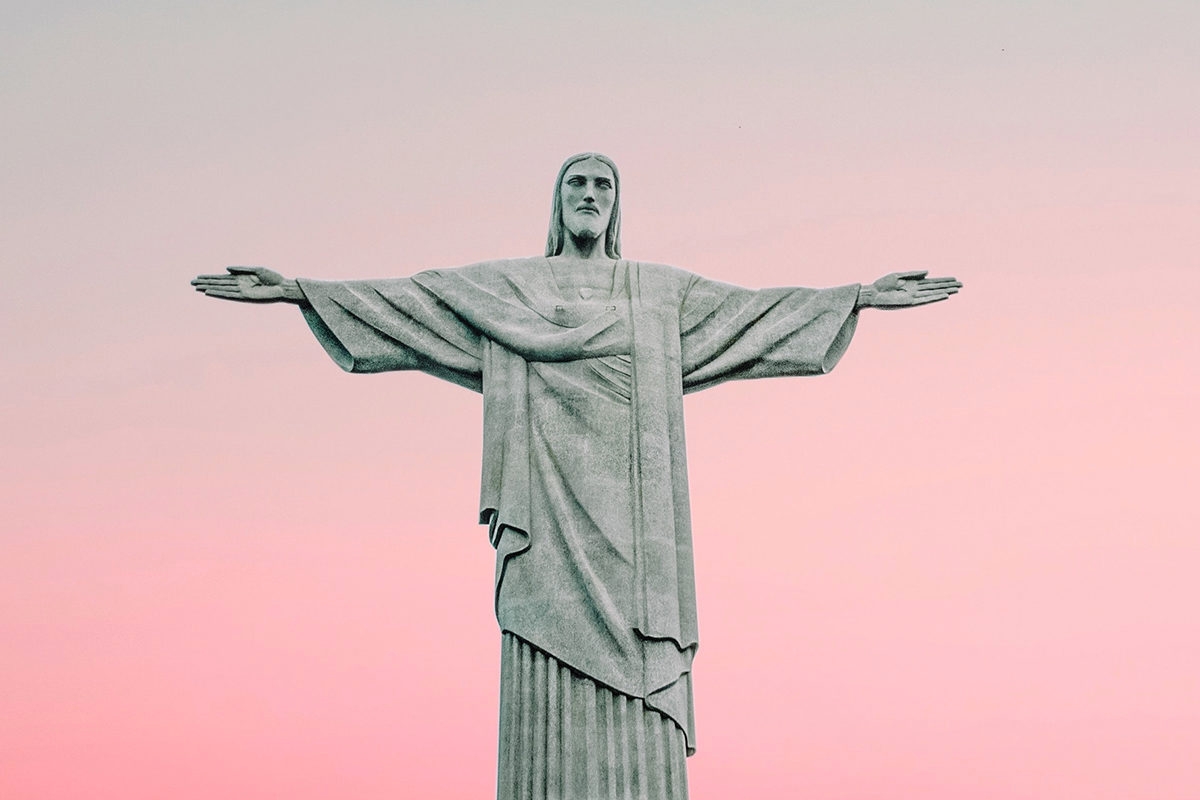 As a Jew growing up in America, I never doubted that I was in the minority. But after more than 40 years living in various metropolitan areas, I moved — with my husband and our first child — to an area that has more Amish people than Jewish people.

We have been here for nearly a decade — and every year around “the Holidays,” I am reminded of my shortsightedness.

The onslaught of Christmas music — as early as Halloween — is annoying to lots of people, but for Jews, it can be more than an annoyance. As another Jewish mom who lives in a rural area recently posted on Facebook, “Oh hi, it’s November and that means I am already tired of Christmas.” I can so relate. For me, each year, “the Holidays” means finding new ways to gently remind multiple people in my life — including the cashiers at various stores I frequent — that we don’t celebrate Christmas, that Hanukkah is not the “Jewish Christmas,” and saying “Happy Holidays” is a far safer (though not foolproof) greeting this time of year.

A lot of my non-Jewish friends don’t understand why I bother. If someone in a store — or my kids’ school or the pediatrician’s office — says “Merry Christmas” to me, they think I should be grateful for the well wishes and kind gesture. They see me as a scrooge or a grinch — which are references tinged with anti-Jewish sentiment, as they may or may not realize. But as any student of social justice and microaggressions knows, intent does not equal impact, and my friends’ responses do further harm — yes, I know my friends are well-meaning (they want me to be less angry), but the impact of their advice further exposes the distance between our lived experiences. It tells me they’ve never watched their kids’ faces fall when someone — well-meaning or otherwise — erases their Judaism.

A few years ago, I started seeing car magnets — mostly on minivans — in the shape of Joseph, Mary, and baby Jesus in a manger, with the tagline “Keep Christ in Christmas.” At first I cringed. But then I thought, “Yes, please!” I was so sick of being told Christmas was a secular holiday that I actually found common ground with people who most likely believe that all Jews will end up in hell.

And that’s the tricky thing about the “Christmas is secular” debate: Part of it actually makes sense to me. I find myself sympathizing with Christians who feel their religious celebration has been co-opted by capitalism. And I don’t think people who view Christmas and its accoutrements (trees, ornaments, stockings, Rudolph) as secular are completely misguided, because there are plenty of things about Christmas that feel secular. Certainly, commercials with a luxury car topped with a large, red velvet ribbon in a driveway outside a mid-Century modern house doesn’t have anything to do with the birth of Jesus. But that doesn’t make Christmas a secular holiday. As @JustSayXtian recently pointed out on Twitter, “[I]t’s 100% possible and okay for ANYONE who wants to celebrate Christmas in a secular way to do so, regardless of their background. Still a Christian holiday.” I couldn’t agree more.

So, how do I, as a Jewish mom of Jewish kids — in a town that sees so few of us — set a good example for my own kids, and successfully navigate this difficult time of year? Here are some things that worked for me:

I’ll admit, as a surly teen, I would often respond to “Merry Christmas” with a not-so-nice “Happy Hanukkah!” and an eye-roll. But with my kids watching, I’m more apt to say, “Oh, thank you, but we don’t celebrate Christmas because we’re Jewish.” I don’t want to model surliness for my kids, even if that’s what I’m feeling in the moment. I want them to see that we can be kind, while still refusing to have our Jewishness erased.

On more than one occasion, upon finding out I am Jewish, I have been asked which church I attend. This isn’t because they don’t understand what I’ve just said, but because they only know one word for a house of worship. Many people raised in a Christian context don’t realize how much their perspective and language is infused with that context. Being the first Jewish person a lot of people meet has been eye-opening, both for me and for them. I try to have conversations, in person and online, that lead to more understanding.

Being kind and educating strangers is a burden I take on mostly for my kids’ sake. I want my children to see me in public being thoughtful and helpful and furthering the aims of inclusion and equity. However, in private, they know my frustrations and I know theirs.

When someone at school tells them they are going to hell because they don’t believe in Jesus — yes, this actually happens, every year — I’ve taught them to respond respectfully, with the understanding that most kids are just parroting what their parents or pastors say. At home, however, we commiserate and express our anger.

It may seem like a big jump from “Merry Christmas” to “Jews go to hell,” but I firmly believe that these statements are interconnected. When Christianity is normalized, other religions become “othered,” and that othering allows for a slippery slope into antisemitism, racism, and oppression.

I don’t expect this article to end the “is Christmas secular” debate, which seems to gather new strength each year. (See this recent dustup surrounding the Hallmark “Hanukkah” movies that actually aren’t Hanukkah movies at all.) But I do hope it can be a resource for families living in areas where there are not a lot Jews, and not a lot of sensitivity to what being a Jew in America in the current climate means. Just like this Twitter thread I wrote, I hope it can help teachers and school administrators to understand the strain the annual Christmas Concert — or “Holiday” Concert, with nine Christmas carols and one dreidel song — puts on the families who don’t celebrate Christmas, and the damage Christian hegemony does when it is left unchecked.

Image by Shot by Cerqueira via Pixabay