Mandy Patinkin Blowing the Shofar Is Music to Our Ears 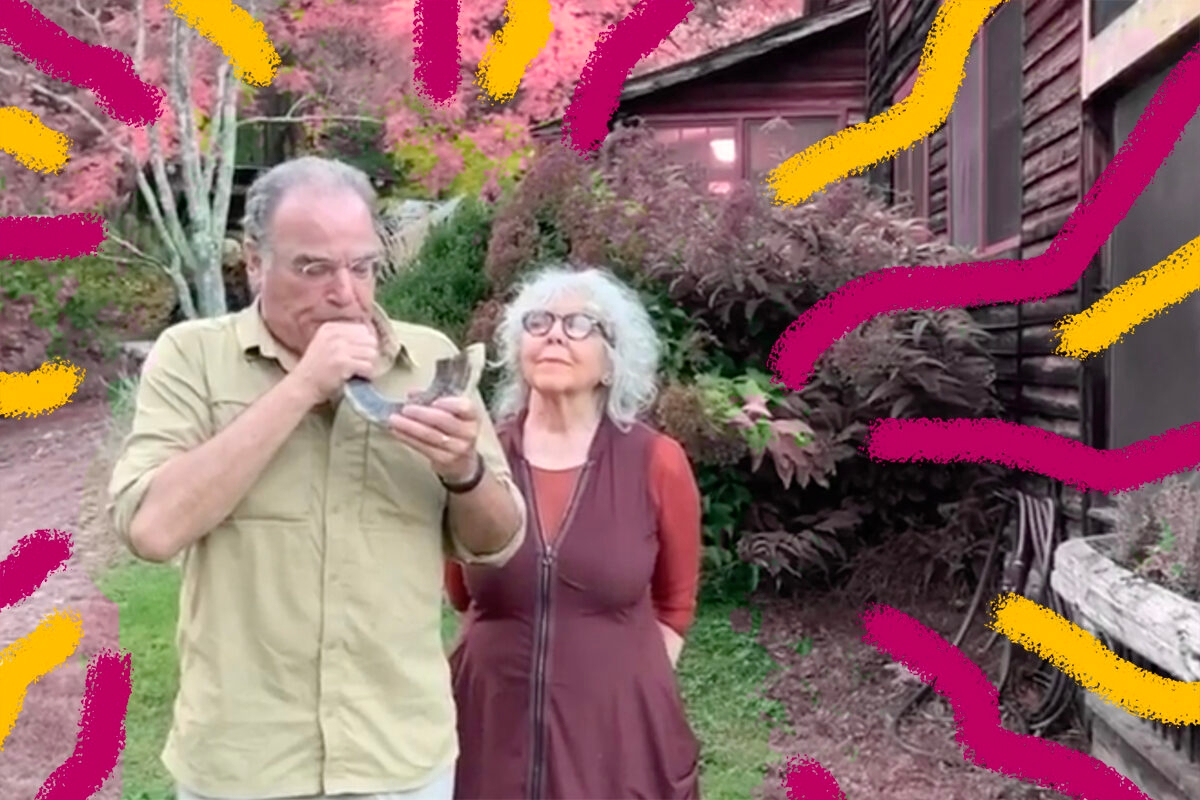 I’ve got to say, I love watching Jewish stars blow the shofar — the ram’s horn traditionally blown during the Jewish High Holidays.

We recently had the incredible treat of having actress Mayim Bialik blow the shofar in her inspiring Rosh Hashanah explainer video. But I have to say, when it comes to shofar skills, Yiddish crooner and actor Mandy Patinkin takes the cake.

On Sunday, Sept. 20, the Jewish dad energy king played the shofar on MSNBC. He did so in order to help Ruth Bader Ginsburg’s dying wish  — to hold off confirming the next Supreme Court Justice until after the election — be heard “all over the land,”as he said. (To which his wife, the amazing Kathryn Grody, told TV viewers, “Is American fair play.”) When I heard and marveled at Patinkin’s shofar-blowing chops, I said to myself, “Dayenu!”

Well, here's @PatinkinMandy blowing the shofar on @MSNBC to attempt to ensure that RBG's dying wish is heard. pic.twitter.com/T7jAa6SfKY

But, apparently, we were all in for another treat. Just yesterday, on Yom Kippur, Patinkin shared an amazing shofar performance (standing alongside Grody) filmed by their son, Gideon.

“This is the end of Yom Kippur, I’d like everyone to think about the prayers that they’d like to be heard and answered, and I will blow the shofar to close out the holiday before the gates of heaven close so that your prayers can be heard,” Patinkin tells viewers.

He then chants “tekiah gedolah” and blows the shofar so mightily that his dog, Becky, joins him from their house’s patio with emphatic barks.

A Tekiah Gedolah so that your wishes and prayers are heard. pic.twitter.com/5g7xdRF5GT

Patinkin ends the video with a wish of “shana tova,” and Grody joins him in the wish — which spurs son Gideon to ask his mother to demonstrate her own shofar skills — a request she bashfully declines.

I don’t know about you, but this video definitely gave me the energy to start off 5781 — as challenging and daunting as the year ahead might seem. As for my wish for the year? Why, more Patinkin family videos, of course!