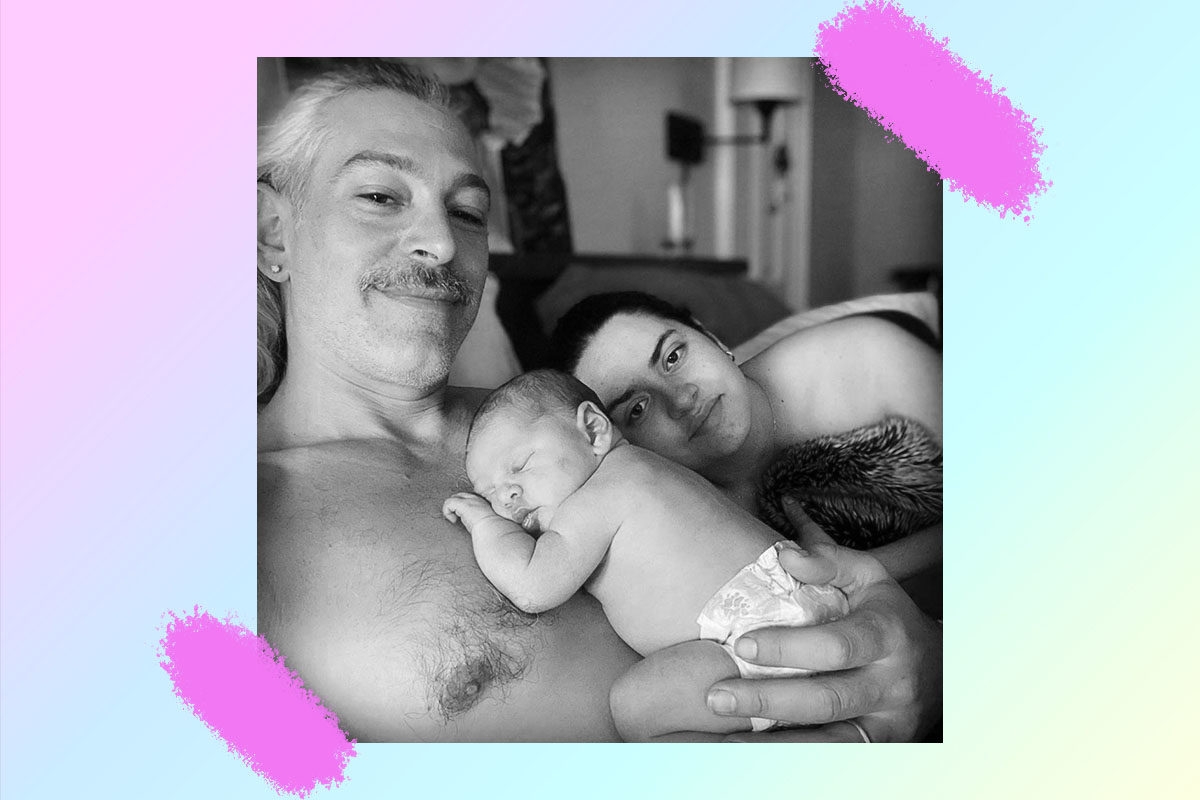 In the midst of all the coronavirus craziness that has become our new norm, here’s some good news worth kvelling over: Jewish musician Matisyahu just became a dad for the fifth time.

On Friday, March 20, the Jewish reggae singer announced the birth of his daughter, Esti River Miller, in a series of heartwarming photos on Instagram. In Hebrew, Esti is short for Esther, the heroine of the Purim story. (Maybe the couple perused our Purim inspired baby names article for inspiration?)

Esti is Matisyahu’s first daughter with his second wife, Talia Dressler, whom he married in 2019 in his backyard. The singer, who was born Matthew Paul Miller, has three children — Laivy, Shalom, and Menachem — from his first marriage to Tahlia Silverman, and a daughter, Sasha Lillian, whom he shares with former girlfriend, Toma Danley.

Just look at that punim!!

Matisyahu, who just dropped a single with Jewish rapper Kosha Dillz, has “no words” for this beautiful daughter.

Mazel tov to the happy family!