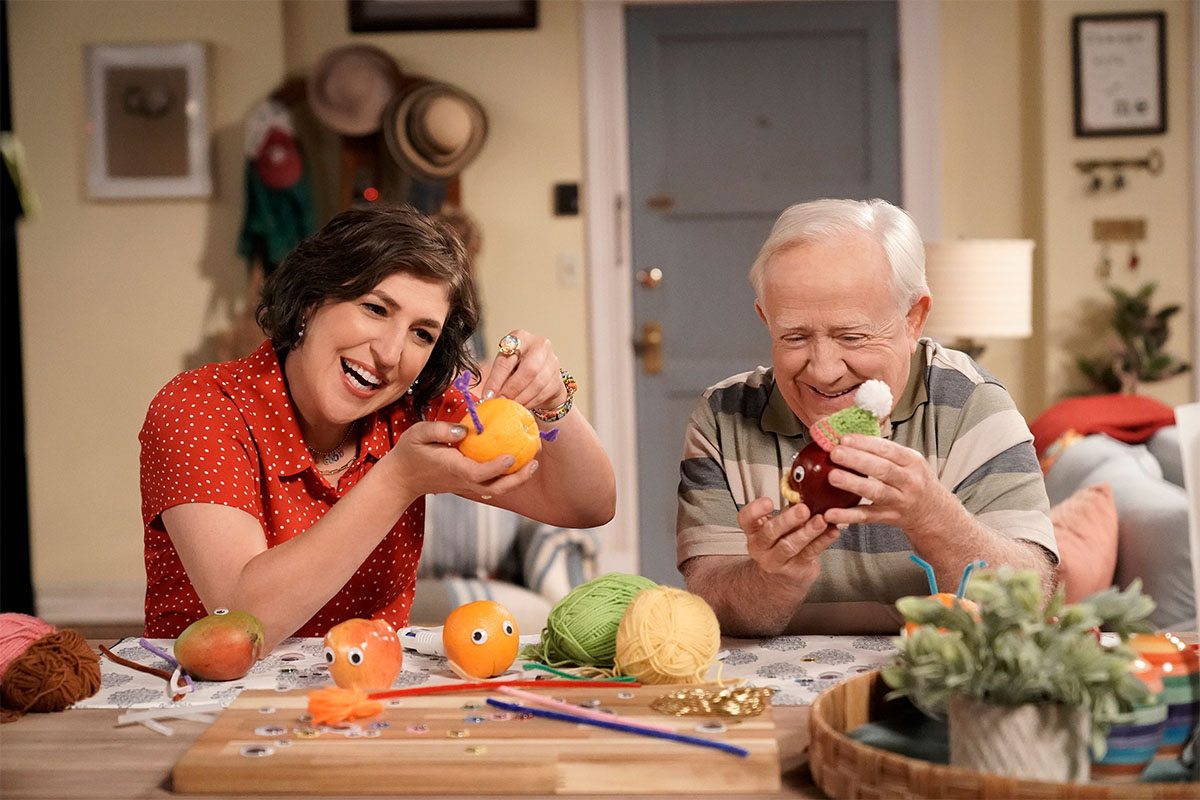 via FOX via Getty Images

The death of comedian and actor Leslie Jordan this Monday felt truly shocking for so many of us. Jordan, 67, a sitcom legend and newly minted social media star, was such a bright presence.

As his former co-star Debra Messing wrote on social media, the world is a much dimmer place without him.

Leslie tickled us with his Southern accent and over-the-top ways as Karen’s best friend, Beverley Leslie, in “Will & Grace” — a role that won him an Emmy. He was also one of the biggest rays of sunshine on social media during the pandemic, reporting for duty and giving his “fellow hunker-downers,” as he called us, some much needed joy and levity with his delightful Instagram posts that included anecdotes about his family (especially his momma!), dances and other shenanigans.

Most recently, fans found the sunshine of Leslie Jordan in the Fox show “Call Me Kat,” which stars Mayim Bialik as Kat, a single woman in her late 30s who quits her university job and opens her own cat cafe in her Kentuckian hometown.

In the show, Jordan played Phil, the newly single baker at Kat’s cafe. Phil was a delightful, quirky presence in the show — hilarious and lovable — and his chemistry with every character in the show, including Bialik’s, was so wonderful.

Yesterday, Bialik shared a moving statement from the show about Jordan’s death on social media.

“Leslie Jordan was larger than life,” it read. “He was a Southern gentleman; tender, wise, naughty and hilarious. We got to know and love him at the height of his happiness and joy and it is inconceivable to imagine a world without our Leslie; the man who would spit on his contact lenses before putting them in this eyes, the man who had a story about every man in Hollywood and some of the women as well, the man who lived to make people laugh. We will be taking time to grieve and to celebrate the many gifts Leslie gave to us and to the entire world and we appreciate privacy at this time.”

“They broke the mold when they made Leslie Jordan,” the “Jeopardy!” host captioned the post, adding her own moving personal eulogy: “He was a dear mentor and a beloved friend. I will miss him so much,” she wrote, describing his loss as “unimaginable.” “Rest well, buddy,” she ended the post.

Jordan was proud to be part of the “Call Me Kat,” whose third season just started airing this September. Last year, he shared a picture of the cast celebrating Bialik’s birthday. “May your cake taste sweeter and your balloons fly higher than ever. We love you,” he wrote in December 2021.

Following his death, Fox halted production of the third season of the show. A new episode called “Call Me Uncle Dad” will air this Thursday and will include an in memoriam to Jordan. The show has apparently completed work on a total of nine episodes for its third season.

It’s unclear how “Call Me Kat” will resolve his character’s disappearance, but all of us devoted fans will surely miss the show’s funniest character.

We will all miss the light of Leslie Jordan. There was honestly no one like him — and his memory will truly be a blessing.

THIS IS SO TRUE!!!..Leslie with your sparkle and energy I dont think you are going to be resting anytime soon ,, OH will you be missed https://t.co/EDLcwBAyyn