10 Jewish Facts About ‘Jeopardy!’ Host Mayim Bialik You Should Know 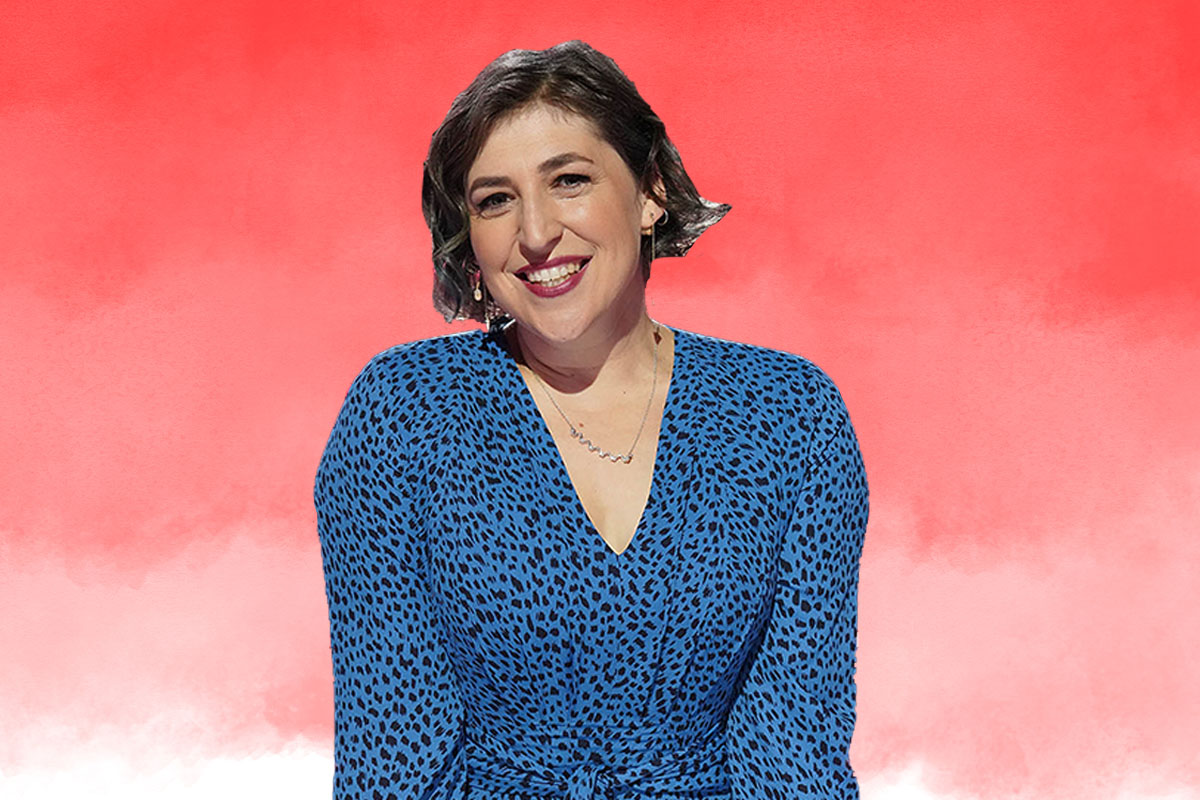 As longtime fans of Mayim Bialik, we could not be more thrilled that the Jewish actress and neuroscientist is officially a new host of “Jeopardy!”. Mayim will be hosting primetime and spinoff versions of the beloved game show — including ABC’s recently announced college championship — and we can’t wait to watch.

Mayim may be best known for the memorable characters she’s played — including Amy Farrah Fowler in the “Big Bang Theory” and Blossom in the beloved ’90s sitcom by the same name. But when she’s not on screen, Mayim is a Jewish mom, just like so many of us! Mayim is in touch with her Jewish identity in so many ways, from her excitement about Jewish holidays to the ways she incorporates Jewish practice into raising her two children.

In honor of the thrilling news about Mayim becoming a “Jeopardy!” host — something she describes as “a dream job” — here are 10 Jewish facts this incredible Jewish mom.

1. She is a second-generation Jewish immigrant.

Like many Ashkenazi Jews in the U.S., Mayim’s grandparents immigrated from Poland, Hungary and then-Czechoslovakia. Mayim describes herself as “a second-generation American whose grandparents on one side never really mastered the English language.” Given her accomplishments as a scholar — she has a Ph.D. in neuroscience from UCLA — and a public figure, we can only imagine the immense pride and joy her grandparents would feel over her accomplishments today!

2. Her name has many layers of Jewish meaning.

Although she was raised in a Reform Jewish family, Mayim has become more religiously observant as an adult and now identifies as modern Orthodox. The Orthodox value of modesty is one that she holds dear, and she brings her preference for modest dress into her very spiffy “Jeopardy!” outfits. She told Jeopardy.com that her professional dress during her guest-hosting stint was meant to maintain the elements of formality and decorum that she so respected in late host Alex Trebek, and “to look like the academic I was trained to be.” We think she looks great!

4. She was the first woman in her family to become a bat mitzvah.

When Mayim spoke at the National Museum of American Jewish History’s celebration marking the 90th anniversary of the first bat mitzvah ceremony in the United States —  which was nearly 10 years ago! — we learned that Mayim was the first woman in her family to have a bat mitzvah. Speaking about the way that the bat mitzvah has become a key marker of women’s equity in Jewish communities, Mayim told the Philadelphia Inquirer:“The bat mitzvah is the beginning. It’s not the end.”

5. Education is one of her core values.

One of the reasons Mayim is so perfect for the “Jeopardy!” job is that, in her own words, she has dedicated her life to “knowing things and to being able to communicate things” — AKA a lifetime of learning. Education is deeply valued in Jewish culture, and it is even stressed in Jewish text, as the Talmud dictates that the study of Torah is the greatest commandment. What’s more, as an undergrad at UCLA, Mayim minored in Hebrew and Jewish Studies — so Jewish education has always been part of her many ambitions.

6. She was active in Jewish life during her college.

Mayim was also active in Jewish life outside the classroom during her years at UCLA. She was a student leader of Hillel, she founded a women’s Rosh Chodesh group and she blew the shofar during High Holiday services. In addition, she conducted and wrote music for UCLA’s Jewish a cappella group! (As a former a cappella member and Hillel president, this truly warms my heart.)

7. Jewish holidays are super important to her.

Speaking of Jewish education, Mayim makes a point to teach her fans — as well as Kveller’s audience  — all about Jewish holidays. She recently made a series of six videos for Kveller called “You Know How I Know: Jewish Basics With Mayim Bialik,” covering Rosh Hashanah, Yom Kippur, Sukkot, Hanukkah, Purim and Passover. These short, fun videos are meant to teach viewers about the key elements of each Jewish holiday (with her special Mayim flair, of course). Check out all of Mayim’s Jewish holiday videos here — you won’t be disappointed!

8. Mayim was one of the first editors of Kveller!

It’s true: The Jewish parenting site on which you are reading this article would not be the same without Mayim’s brains and initiative. Mayim was one of the original contributing editors of Kveller (more than 10 years ago — they grow up so fast!). We are so grateful for Mayim’s efforts in helping make Kveller what it is today. Thank you, Mayim!

9. She has a very Jewish bedtime ritual for her kids.

Mayim’s sons — Miles, 15, and Frederick, 12 — are being raised with many Jewish rituals, including Mayim singing the Bedtime Shema to them before bed. Even as her kids grow older, “I still try to sing the Shema to them,” she said in 2019. “And I remember that I used to watch their eyes shift from blinking, to heavy lids, to closing and fluttering, to closing completely for the night, when I used to pray for their souls to be watched over as they slept.” So sweet.

10. She is passionate about mental health.

Mayim has been a longtime advocate for mental healthcare. During her “Jeopardy!” guest-host stint, Mayim raised funds for the National Alliance on Mental Illness (NAMI), where she has referred friends for many years. Mental health advocacy is actually tied to many Jewish values, including the Talmud passage “Kol yisrael arevim zeh bazeh”— which means “all Jews are responsible for one another” — as well “pikuach nefesh,” the Jewish value of saving a life.

What’s more, Mayim’s podcast, “Mayim Bialik’s Breakdown,” aims to break down “the myths and misunderstandings about mental health and emotional well-being” according to Spotify, while “removing the stigma surrounding mental health.” We are here for this!