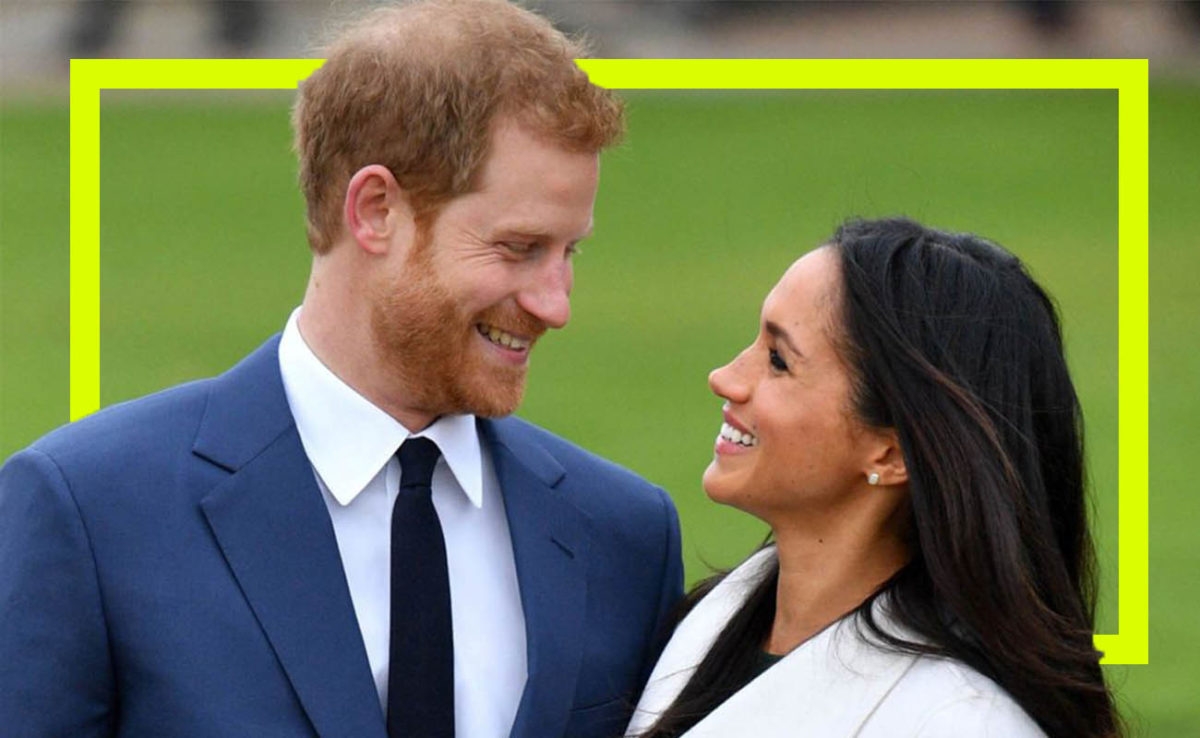 Yes, there is not a single Jewish thing about the new royal baby. Yet, here we are, writing about it. There’s something exciting about the birth of a royal baby — who is now seventh in line to the British throne — and this royal baby, the son of Meghan Markle and Prince Harry, is going to dominate the news for a long time.

The baby boy is “the first interracial baby in the monarchy’s recent history,” according to the New York Times. And yes, that is super significant! According to the Times, “Britain is 87 percent white, but interracial children make up its fastest-growing ethnic category, and will soon be the country’s largest minority group. The entry of Meghan Markle, the descendant of plantation slaves, into the royal family resonated deeply with many people of African descent, who almost immediately began to anticipate the birth of the couple’s first child.”

The couple announced the birth on Instagram, and with a press release explaining the baby was born at 5:26 am and weighs 7 pounds, 3 ounces. 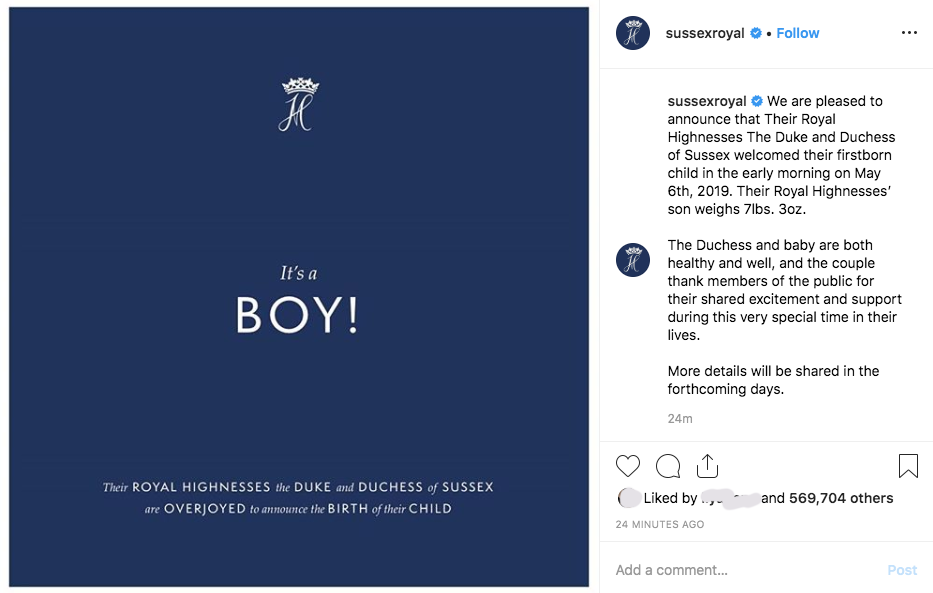 The press release also informed us that “The Duchess’s mother, Doria Ragland, who is overjoyed by the arrival of her first grandchild, is with Their Royal Highnesses at Frogmore Cottage.” (We are #1 fans of Doria here at Kveller.)

“I’m very excited to announce that Meghan and myself had a baby boy earlier this morning,” Prince Harry told reporters in Windsor. “It’s been the most amazing experience I could ever possibly imagine. How any woman does what they do is beyond comprehension!”

Which is now our new favorite — er, favourite — way to describe childbirth. Beyond comprehension! Women are amazing!

He confirms they have not decided on a name (Harry and Meghan, check out our baby name bank if you need some ideas!), and that they’ll be sharing more photographs of the family in “two days time.”

He’s so happy. “I’m so incredibly proud of my wife… I’m just over the moon.”

The Duke of Sussex announces his wife has given birth to a baby boy.

(And he thanks the horses! What?! We can’t stop smiling.)

So lovestruck by his wife and new baby that he thanked the horses! Good for him. Xoxoxoxoxox

Now all we need is for Meghan’s Jewish Mom BFF, Jessica Mulroney, to weigh in.