Meet the Jewish Woman Suing Neo-Nazis For a Living 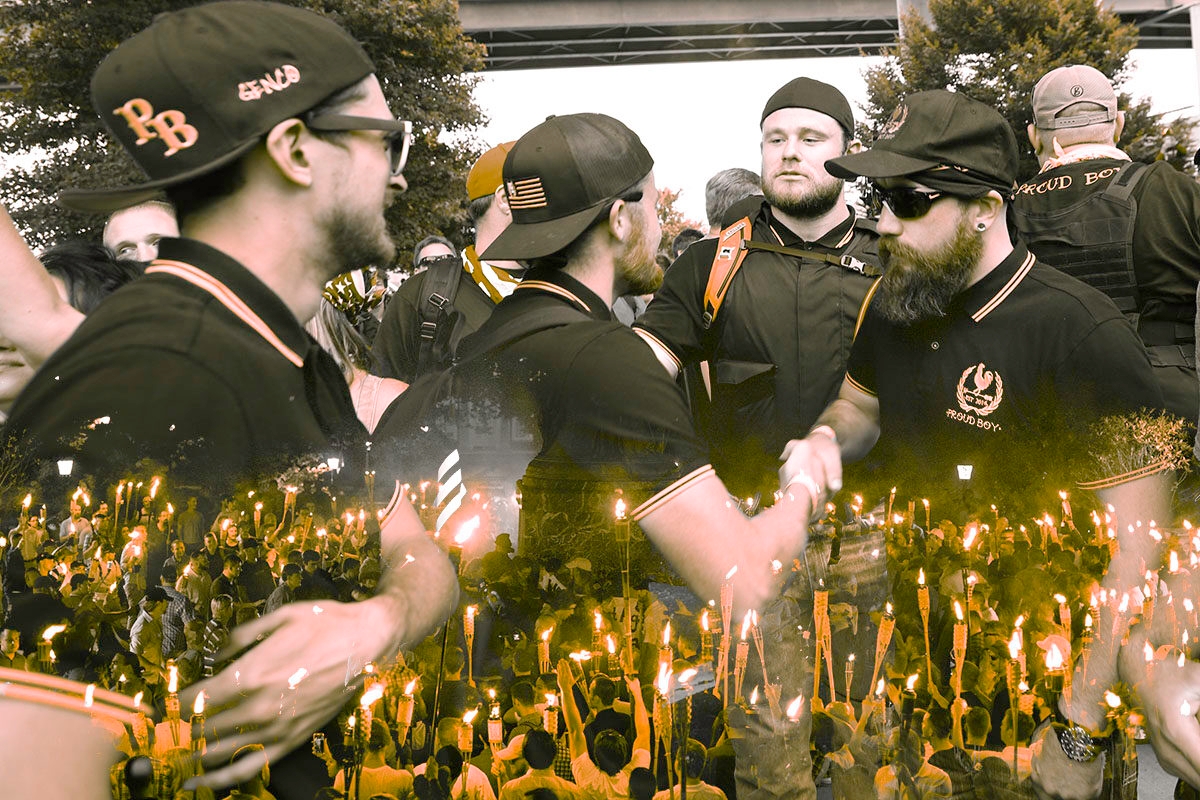 What do you do when you get a call from an iconic human rights lawyer, asking you to help her sue some Nazis? Well, if you’re Amy Spitalnick, you say yes, of course.

Spitalnick, 34, is the executive director of Integrity First for America, the nonprofit group that’s taking on the neo-Nazis who marched at the Unite the Right rally in Charlottesville.  On behalf of community members of that Virginia city, her organization is suing two dozen individuals and groups connected to the rally — the one where protestors were shouting, “Jews will not replace us” — back in August 2017.  The main defendant of the case, Jason Kessler, was a member of the Proud Boys, the white nationalist hate group president Trump told to “stand back and stand by” at the first presidential debate this week. Another, Andrew Anglin who runs the Daily Stormer, construed Trump’s debate comment as a call for a race war.

This case, which The New York Times called “the most sweeping lawsuit against the promoters of the Charlottesville white power rally,” is slated to stand trial in April of 2021.

Back in 2017, Spitalnick was the communications director and senior policy adviser to the New York Attorney General. She was at her sister’s wedding shower when she learned that a white supremacist plowed his car into a crowd of peaceful protesters in Charlottesville, injuring 28 people and killing 32-year-old Heather Heyer. It was a terrifying and memorable moment for Spitalnick.

“I’m the granddaughter of Holocaust survivors and we had surrounded the shower with photos of our family, including all the photos of my grandparents,” Spitalnick tells me in a telephone interview. “And I remember sitting on one of the folding chairs, as people were leaving, on the phone with the Attorney General, writing the statement that we put out, and thinking how horrifying and baffling it was, that in America in 2017, neo-Nazis were so emboldened that they could murder someone on the streets of an American city.”

In the course of her work for the Attorney General, Spitalnick had met Roberta Kaplan — one of the lead attorneys of the Edie Windsor case, which paved the way for marriage equality in 2013. It was Kaplan who first called Spitalnick, asking if she wanted to help her sue Nazis. Kaplan had put together a case on behalf of community members in Charlottesville to hold accountable some of the individuals and groups that brought terror to that town. Thinking of how Nazis murdered almost all of her grandparents’ families, Spitalnick joined IFA as its executive director.

“Even before we go to trial, we’ve seen very real financial and legal and operational consequences for these groups and leaders,” Spitalnick says. “Richard Spencer, who’s one of our defendants, said the case is ‘financially crippling’. Groups like League of the South have said they can’t open a new building because of our case. Two defendants have had bench warrants issued for their arrest. Others have faced tens of thousands of dollars in sanctions and so they’re already facing very real financial, legal, and operational consequences even before trial.”

“And when we go to trial and win very large civil judgments against them, this case really has the potential to totally undercut, bankrupt, and dismantle these groups, which is not only about their own ability to operate, but the deterrent effect it will have on the broader movement,” Spitalnick explains. 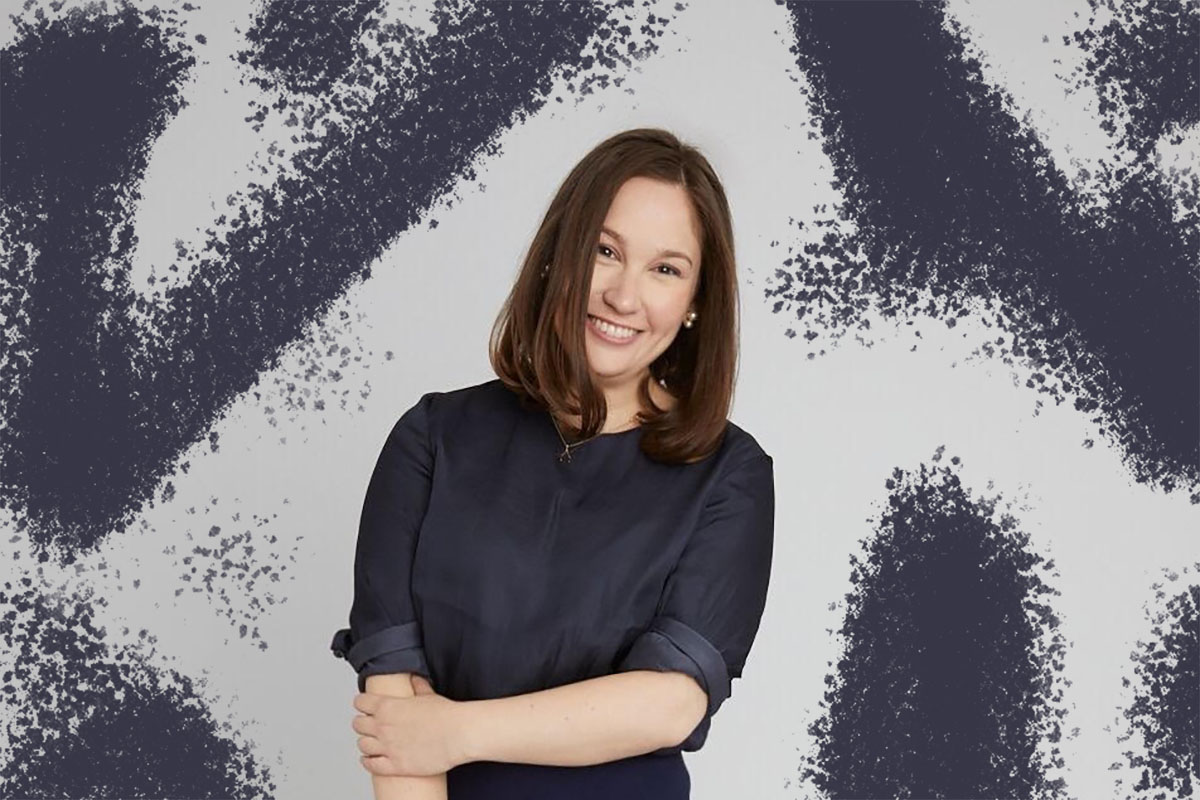 Of course, the main goal of the case is to get justice for the injured residents of Charlottesville. But there’s also another, more lofty goal: “This is something that our lead counsel Robbie Kaplan often talks about… Every decade or so there’s a trial in this country that is about more than the trial itself, and serves as the sort of public reckoning [and] public education on a critical issue,” Spitalnick says.

She continues, “We believe that this case can be that case; that moment to really help sharpen and focus the public’s understanding of the crisis of violent white supremacy.”

This crisis, Spitalnick says, is not political. She sees it as “a fundamental question of security and democracy. And what we’re talking about here is one of the most dire threats to our communities… And they’re only becoming more and more emboldened.”

Spitalnick says there’s a “clear line” that connects the Charlottesville rally to the other white supremacist, racist, and anti-Semitic violence that’s occurred in recent years, including the Tree of Life synagogue shooting in Pittsburgh and the shooter in Christchurch, New Zealand who targeted Muslims and mosques.

Social media, she says, plays a crucial role: “The Charlottesville violence was planned extensively online, and the basis for our lawsuit are these online chats, in which they discuss every detail down to hitting protesters with cars,” she says. “Even again, last night, the Proud Boys were immediately online, gleefully celebrating the President’s comments, and turning it into their new slogan.”

“It’s important to point out this isn’t happening in a vacuum,” Spitalnick adds. “There have been active disinvestments from the federal government in the types of policies and work that is meant to combat extremists.”

This has nothing to do with free speech, she cautions. “If these individuals and groups had simply gone to Charlottesville, and stood on the street corner with their vile, racist, anti-Semitic signs and their swastikas and chanted the awful things that they did, they would have had every right to do so,” she says. “But that’s not what they did. They, after planning for months in advance on social media and elsewhere, went to Charlottesville with the intent to bring racist violence to that community, and target people based on their race, their religion, and their willingness to defend the rights of others. That is not something that’s protected by free speech.”

As dark as it all sounds, fortunately, there’s something we can all do about it. “Broadly, it’s so important that the issue of violent white supremacy and violent extremism not fall off people’s radars…” Spitalnick says. “And it’s so important that we hold our officials accountable on the federal, state, and local level.”

“There’s also a lot we can do as consumers,” she adds. “We should be holding social media accountable. There is no obligation by any social media company to give a platform to violent extremism. The First Amendment does not require private companies to give a platform to extremism — no matter what they might say… And as consumers, we should use our voices and the power that we have to hold the private sector accountable.”

Of course, there’s a real danger to the work Spitalnick does. She and her colleagues get a lot of violent and hateful threats, many connected to the Jewish identity of many of their team members. “Security is our biggest priority, the biggest line item in IFA’s budget,” she says. “It’s fairly rare for a civil case to require this level of security, or, frankly, any real security. But most of the cases don’t involve neo-Nazi defendants.”

“It’s so easy and understandable to feel hopeless and helpless, and scared and angry in this moment — and I certainly do at times,” Spitalnick tells me when I ask how she keeps herself motivated. “But I think a lot about my grandparents’ generation and the fact that, unlike their generation, we live in a country that is supposed to be governed by the rule of law, that has a justice system that has laws, like the ones we’re using to fight back and hold accountable those who threaten justice who seek to undermine justice and civil rights.”

“We have been, knock on wood, or, you know, not to give it kinehora as my grandmother would say, successful at doing that so far in this case, if you look at the impact it’s had,” Spitalnick says. “And so we are going to keep fighting to use that rule of law and use that justice system and to protect that rule of law and to protect our justice system, which is even more urgent over the last few weeks.”