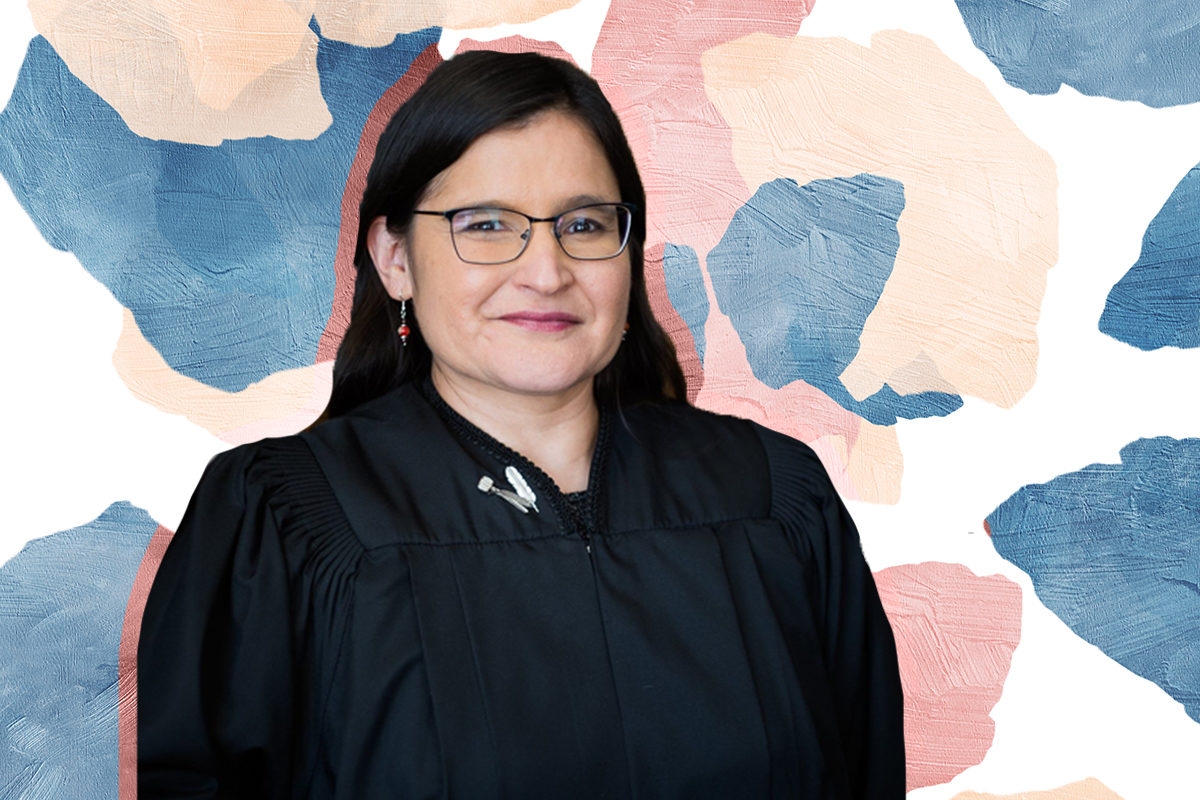 The state of Washington has sworn in their first Native American Supreme Court Justice, Raquel Montoya-Lewis. And guess what? She’s also Jewish!

Governor Jay Inslee appointed Montoya-Lewis, 51, to serve on Washington’s highest court. While it is newsworthy she’s the first Native American to be sworn in, as Montoya-Lewis herself said, “The most important thing is that I not be the last.”

Montoya-Lewis is only the second Native American person to serve on any state supreme court, ever. Her appointment was to fill a vacant seat, and runs through this fall, when she will be on the November 2020 ballot.

Montoya-Lewis is an enrolled member of the Pueblo of Isleta Indian tribe, and a descendant of the Pueblo of Laguna Indian tribe through her father. Her mother is Jewish. She was born in Spain in 1968, where her father was stationed as he served in the U.S. Air Force. She attended University of New Mexico for undergrad, then University of Washington for law school. After getting her law degree in 1995, she went on to receive a master’s in social work. Why? According to the Spokesman-Review, “She wanted to blend her legal training with an understanding of how the law affects people.”

Montoya-Lewis has had a remarkable career thus far. She was a tenured professor at Western Washington University and served as chief judge for three Washington Native American tribes: the Nooksack Indian Tribe, the Upper Skagit Indian Tribe, and the Lummi Nation. She also served on the Washington Superior Court from January 2015 to December 2019.

Her appointment was announced in December 2019.

“Because Judge Montoya-Lewis is Native American, many will focus on the historic nature of this appointment,” Gov. Inslee said. “And it’s entirely appropriate to do so. But I want the record to show that Judge Montoya-Lewis is the kind of exceptional judge I want serving on the highest court in our state because she is the best person for the job.”

At a press conference announcing her appointment, a reporter asked Montoya-Lewis, “What do you see as the biggest problem with implicit bias in the courts right now?”

“The biggest hurdle is getting people to understand that we all bring biases to our decision-making, that it’s across the board — I do it, you do it, we all do,” she replied. “That’s often, in my trainings, the first place we have to start: to recognize that it’s not something to be embarrassed about, but something to recognize.”

At the swearing-in ceremony earlier this month, a lawyer in attendance, Shannon Kilpatrick, tweeted that Montoya-Lewis spoke “movingly about her background and experiences with a father from the Pueblo tribe and a Jewish mother and the importance of having diverse judges.”

As Montoya-Lewis said of Washington’s Supreme Court building: “The first thought I had was that these hallways, and those steps, were not built with people like me in my mind.”

At the ceremony, there was an invocation from the president of the Quinault Indian Nation, a welcome (and closing) song from Port Gamble S’Klallam Singers, and a benediction by Rabbi Seth Goldstein, a rabbi based in Olympia, Washington.

Goldstein tweeted he was “honored” to offer the benediction:

Honored to have offered the benediction today at this historic ceremony. The yarmulked head in the front row is mine. https://t.co/dLVatVHxRr

Here’s a short clip of Montoya-Lewis walking in:

The state’s newest Supreme Court Justice, Raquel Montoya-Lewis, heading into courtroom to be sworn in. She is the first state justice of Native American heritage. pic.twitter.com/CIHDX5qmux

“I was raised to remember that I come from those who survived. My ancestors on both sides of my family survived genocide, survived institutional boarding schools, survived attempts to eradicate their cultures, and yet as my father reminded me often ‘we survived,’” Montoya-Lewis said after her appointment. “I am here because of their resilience, their courage, their intelligence, and their deep commitment to what is just.”