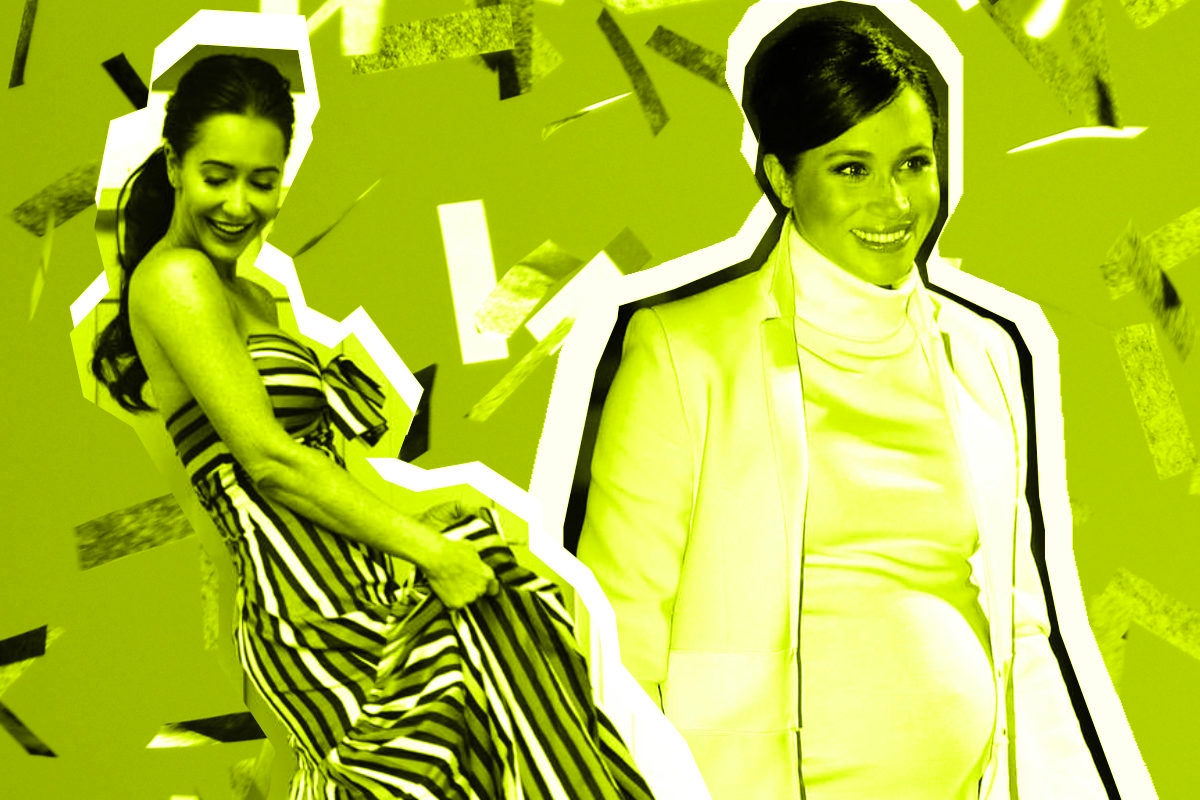 Meghan Markle is lucky to have a Jewish BFF like Jessica Mulroney (honestly, we’re kind of jealous!). In case you missed our previous reporting about this snazzy lady, the Jewish Canadian stylist and mother of three (who, by the way, had a prominent role at the royal wedding) has been close to the Duchess of Sussex since she was her stylist on the show Suits. So it’s no surprise that she’s throwing her best friend quite the baby shower (we’re still waiting for our invitation…).

Apparently, this NYC bash, thrown by Mulroney, is one of two baby showers that Markle will be attending (the other one will be even more intimate, and across the pond, according to royal reporter Omid Scobie). And while some Jews traditionally do not hold baby showers, there’s certainly no prohibition for throwing one for your very glamorous BFF.

According to reports, the party will take place at a hotel on the Upper East Side of New York today, February 19, and will have about 15 guests, including Markle’s former Suits co-star Abigail Spencer as well as Priyanka Chopra, who has reportedly flown in for the occasion. We assume that Markle’s lovely and loving mother, Doria Ragland, will be around. Hello! Magazine also puts Amal Clooney and Serena Williams on the list of possible guests.

Another stylish Jewish lady on the attending list? Designer Misha Nonoo, who, it is rumored, introduced the royal couple to each other.

As for what the party will actually entail, that information’s been kept private, but if we go by Mulroney’s style and taste, it’s going to be a truly lovely affair! And judging by Markle’s dapper friends, we know this baby will have the best baby fashion.

Mulroney has reportedly already gotten together for fancy macarons and tea at Laduree with Markle (yum!), who has been in town for the past few days to get some quality face time with her friends in the Big Apple on her last chance to travel there before she is too far along to make the trip. It’s a sort of single babymoon, if you will.

After the shower, Markle will be joining Prince Harry in Morocco for a charity trip. The royal baby is due at the end of April. Markle will be going on maternity leave before the baby comes, and her workload will be greatly reduced (we can’t imagine what it’s like doing all this international traveling in your third trimester!).

And we can safely assume Mulroney will be doing her fair share of traveling across the pond once the royal baby arrives. After all, a new mama needs her BFF!