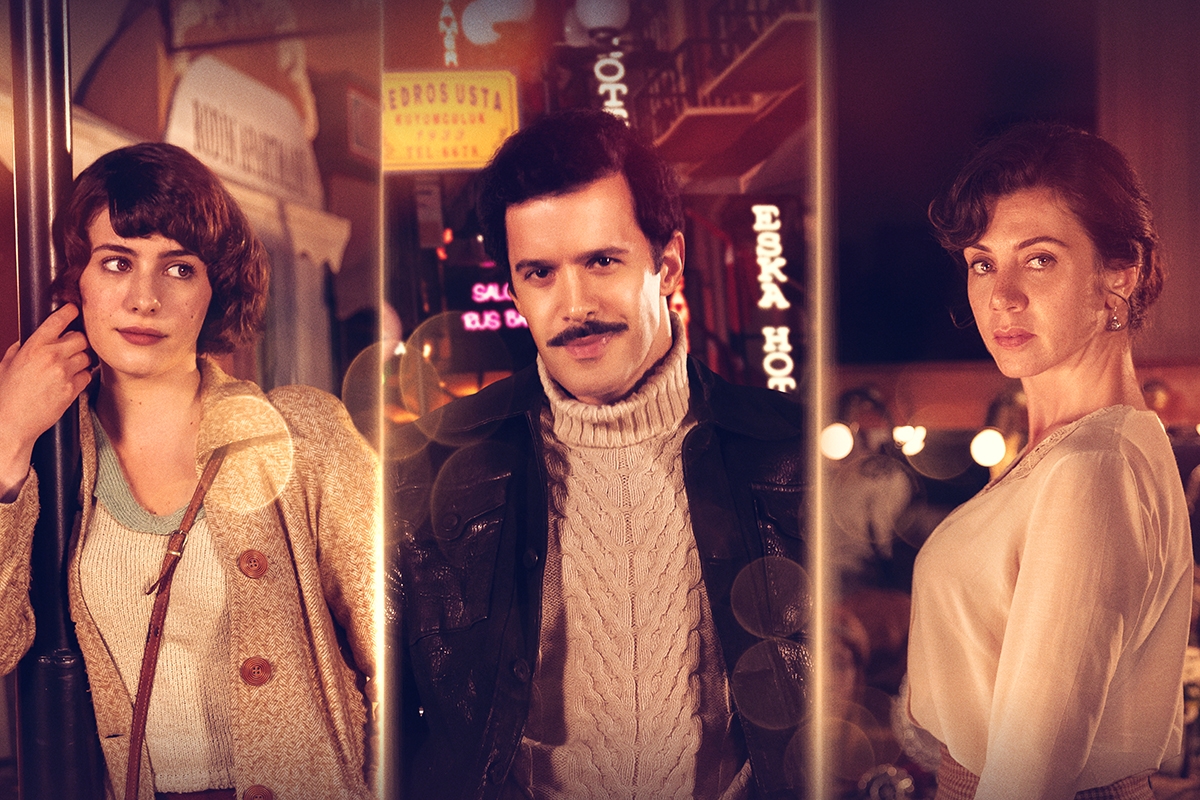 The second part of the excellent, and very Jewish, Turkish drama “The Club,” or “Kulüp,” is coming to Netflix next week.

Created by Turkish drama master Zeynep Günay Tan, the show will be returning with four more episodes, which follow the story of Matilda, a Jewish mother trying to rebuild her life in 1950s Turkey. They’ll be available to stream starting Thursday, January 6.

Earlier this month, Netflix released a trailer for this new four-episode installment, and it looks like it’s going to be just as thrilling and compelling as the first six episodes of the series:

The trailer reveals that Rasel, Matilda’s long-lost daughter, did not stay in Israel with her Jewish childhood friend, Mordo, as episode six showed.

Instead, she’s back in Istanbul, and heavily pregnant, trying to patch things up with Ismet, the non-Jewish father of her child — which appears to be a source of endless conflict for Matilda, who doesn’t believe Ismet will take care of her daughter.

At the club where Matilda works, her best friend and partner, the talented crooner Selim, is urged by his boss to tone down his technicolor show, so that he can win a business award and wide acceptance. Matilda also continues to fraternize with Celebi, the club’s former manager, with whom she shares a troubled history.

It appears that the climax of the show will feature the 1955 Istanbul Pogrom, which took place between September 6 and 7 of that year, and which has been dubbed by some as “the Turkish Kristallnacht.” The pogrom primarily targeted Greek inhabitants of the Turkish city and was instigated by a fake news story about a bombing of Turkish consulates and the childhood home of the founding father of modern Turkey, Mustafa Kemal Ataturk, in Thessaloniki. Riots, which spread through the city’s Greek neighborhoods, were spurred on by the ruling government, and also caused the destruction of neighboring Armenian and Jewish homes, places of business as well as a synagogue.

The pogrom itself was also another reason for thousands of Jewish inhabitants of the city to leave their homes and make their way to the recently established state of Israel.

It appears that the series will show detailed scenes from the event, with our characters getting caught in the midst of its violence, xenophobia and destruction.

“The Club” has explored Jewish Turkish life as no show has ever done before, with sensitivity and reverence for Jewish holidays and customs, and dialogue in Ladino, making minority identities in Turkey, including Greeks, Armenians and Sephardic Jews, not only principal figures but also very relatable.

It’s truly a treat to get even more of this excellent, history-making show.