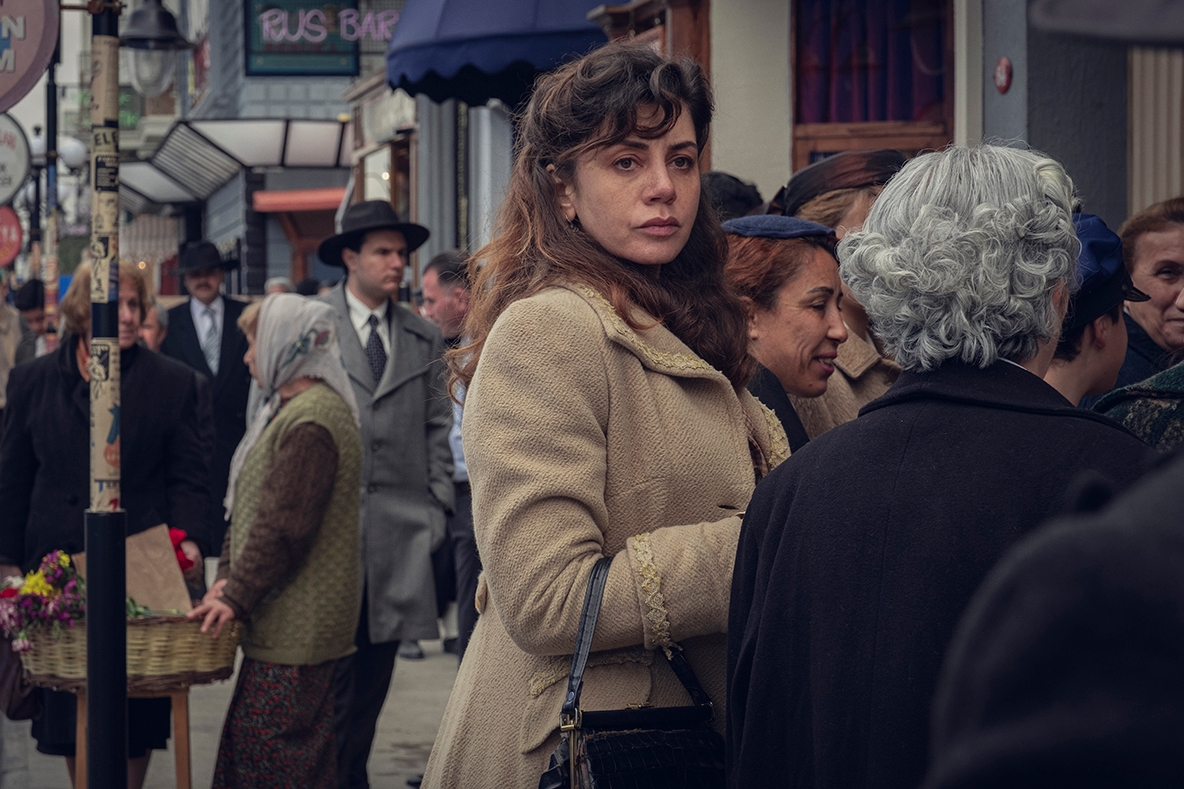 A new Netflix show opens with a scene of a dark-haired woman lighting Shabbat candles, reciting a Shabbat prayer in Hebrew to herself in a crowded dorm room filled with women wearing head coverings.

No, this isn’t the latest season of the Israeli hit “Shtisel.” It’s a new, incredible drama called “The Club,” and it hails from a perhaps unexpected place — Turkey, a land not usually known for its portrayals of Jews.

“The Club,” or “Kulüp” in Turkish, landed on Netflix on November 5, and it is comprised of six masterfully crafted, compelling and incredibly Jewish episodes — with dialogue in Turkish and Ladino, or Judeo-Spanish, the Jewish language spoken by Sephardic Jews of Spanish origins. The show is helmed by prolific and accomplished drama director Zeynep Gunay Tan (love me a woman-run show!) and features an all-star cast.

The name of the show refers to Club Istanbul, a new club opening up in the Turkish capital in 1955, and the show focuses on the many souls who work there. But it is mainly the story of Matilda, a Jewish woman played by the mesmerizing Gökçe Bahadir, a well-known Turkish drama and movie star. When we first meet Matilda in that crowded Jewish dorm room, she has just gotten a pardon and is out of jail for the first time in almost two decades.

Like many Turkish Jews before her, she sets her sights on Israel, hoping to start a new life there, as well as leave behind a land where she has no family left. No family, that is, aside from a daughter, who was born out of wedlock while Matilda was in prison, who she had to give away — and who she knows nothing about.

Before she gets on that ferry, Matilda has to get her affairs in order — she visits David, with whom she left her daughter 17 years prior, to leave something behind for her and to get help with assembling the paperwork needed to make aliyah. David tries to dissuade her from leaving — “It’s been more than 400 years, this is our home,” he tells her, urging her to reunite with her daughter instead. When she refuses, he divulges her daughter’s name — Rasel — and shows her a black-and-white picture of her daughter, now a beautiful young woman.

Matilda still seems intent on leaving, but when Rasel gets in trouble for breaking into the office of Çelebi (Ismet Tanis), a club manager, Matilda tries to rescue her — in exchange for her release, Çelebi, who seems to have a grudge against Matilda, requires her to become a sort of indentured servant at the club.

The show addresses the tensions between Muslims and Jews in Turkey, in both the 1950s and earlier. Both Matilda and Rasel fall in love with Muslim men — and while they find passion there, they also find betrayal and pain. Rasel’s affections are torn between the modern, handsome and Muslim Ismet (Baris Arduç) — to whom she reveals herself as Aysel, choosing a Muslim Turkish name and hiding her Jewish one — and Mordo (Mordechai), David’s son and her childhood friend, who is played by the equally handsome Ilker Kilic. Mordo is a nice Jewish boy, in the purest sense of the term, and honestly, I may have a new onscreen crush.

It’s meaningful that this show takes place in 1955, the year of the Instabul pogrom — a pogrom that targeted Greek minorities in the city, but left Jewish and Armenian residents also affected by the violent mob attack, which went after minority businesses, homes and houses of worship in the city, and led to the destruction of Jewish businesses and a synagogue. The show also talks about the wealth tax, called Varlık Vergisi, a tax that was imposed on Jews and other minorities in Turkey in 1942 to pay for the costs of WWII, with detrimental effects to its Jewish population.

Still, overt antisemitism isn’t really a central part of the show — though the thrumming of possible betrayal from the Muslim majority seems ever-present. It mostly shows characters with sympathies for their Jewish compatriots, even if it’s clear that they aren’t really considered “Turkish” by the higher-ups. Matilda finds a kindred soul in Selim — a gifted, nontraditional musician who rocks the club and the city with vibrant performances that are pure figments of his imaginations and earth-shattering songs. These musical moments literally shake the screen — they’re absolutely fabulous.

Matilda and Selim are both orphans — Selim’s family has abandoned him for his strange (perhaps queer?) lifestyle, and Matilda takes care of him like a doting surrogate parent; their love and devotion, while not romantic, is one of the highlights of the show.

Sephardic culture is also deeply embedded in its scenes. Shabbat services where “Kuando el rey Nimrod” — the famous Ladino folk song about the story of Abraham — is sung.  The Ladino lullaby, “Yo Era Ninya,” about a wealthy girl spurned by her lover, plays into a courtyard and has Matilda welling with emotion. And a Purim celebration frames one of the show’s biggest revelations.

The Jewish details aren’t half-hearted embellishments; they are well-crafted, with Jewish characters that are lovable, complex and mostly sympathetic (aside from a couple of nosy aunts). In one scene, the club’s manager punishes Matilda by making her work through Shabbat dinner — an instrumental rendition of “Shalom Aleichem” plays as she cleans the floors, juxtaposed with scenes of the Friday night meal she is missing. It’s all extremely poignant. 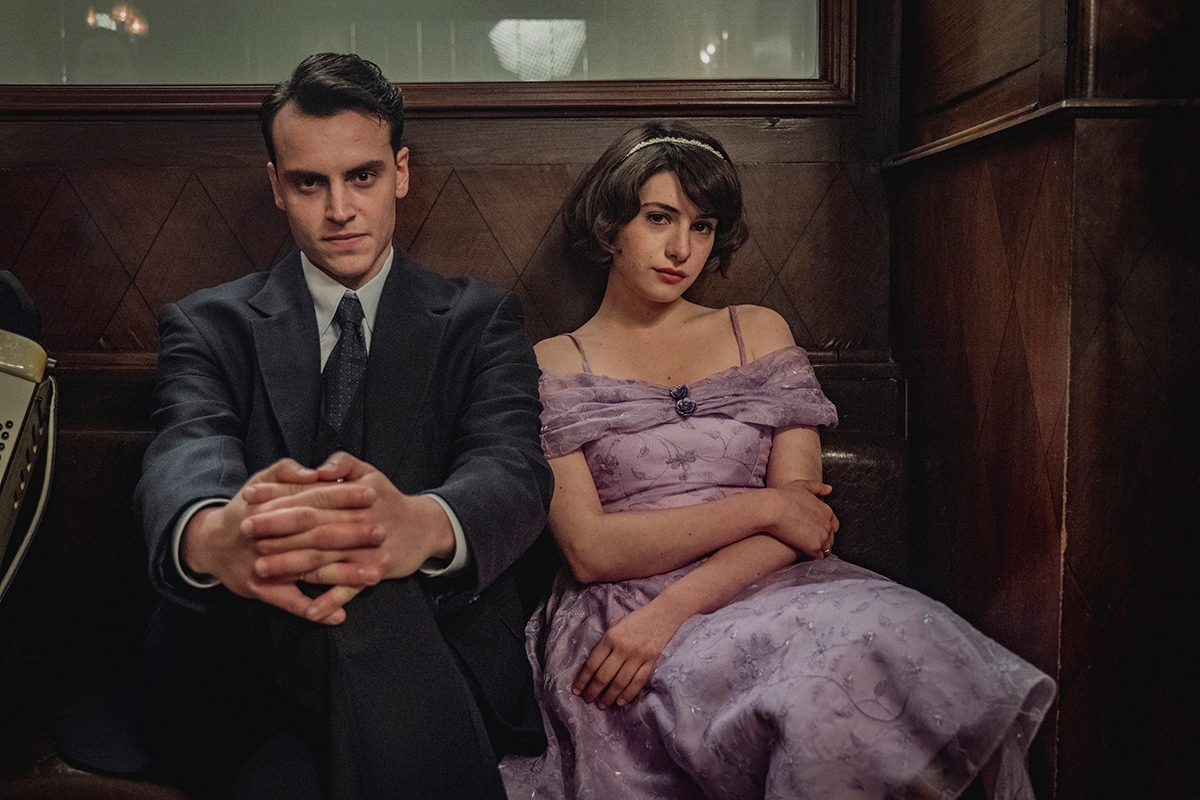 Mordo and Rasel (Image via Netflix)

Perhaps this show is a sort of wink to the avid Israeli fans of Turkish shows. Turkish dramas are incredibly popular in Israel, where some TV providers have designated channels for Turkish programs. A Facebook fanpage dedicated to Turkish dramas hails more than 40,000 subscribers. That could be because the Jewish state is the country with the largest concentration of Turkish Jews — but it’s also because Israelis are big fans of telenovelas, and Turkey has an abundance of them to offer viewers, and is currently one of the biggest purveyor of dramas in the world.

The most popular of these shows, in Israel at least, is “The Bride from Istanbul,” or “İstanbullu Gelin,” which was also directed by Zeynep Gunay Tan — some of the cast of the show even visited the Jewish state in 2019, and quite a few of the stars of “The Bride” also act in “The Club.”

Still, while “The Club” does offer some telenovela style melodrama, it is its own unique creature, less telenovela and more Masterpiece theater (it makes me think of the wonderful and short-lived “The Paradise,” which centered around one department store in London, based on the Emile Zola novel). But like a good telenovela, it also offers its fair share of pretty faces — those of you looking for new TV crushes will be happy to find a cast full of potential on that part (seriously! So many pretty faces!). It’s also just an incredibly gifted and impressive cast — there are no weak links when it comes to acting on this huge show, which is quite the feat.

Unlike Turkish dramas which go on for many many seasons, “The Club” does a fine job wrapping a story neatly in six episodes. But it definitely does leave its viewers wanting more of these characters — and of this world. Here’s hoping for a season two?