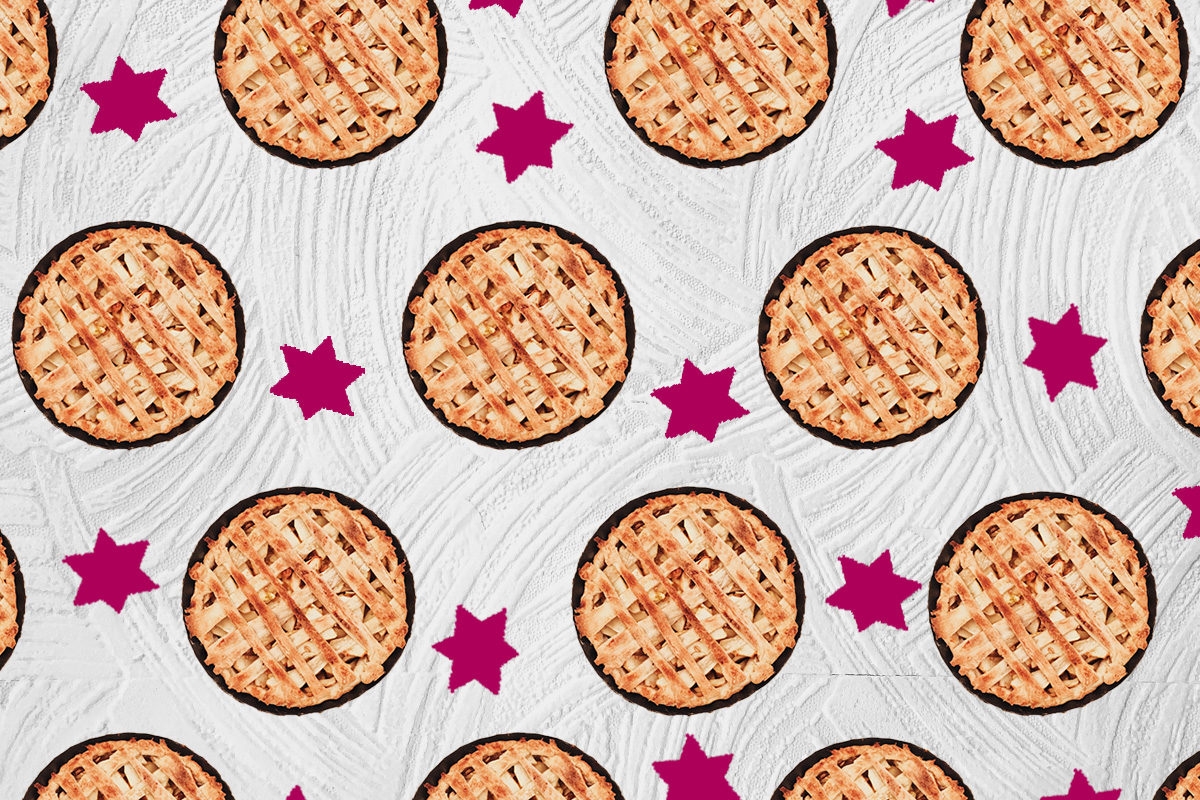 This is the second consecutive year my mother is not hosting a Thanksgiving dinner. It will be my sixth year hosting, and our sixth year spending this holiday apart from each other.

We are a traditionally observant family, and while Thanksgiving is not a Jewish holiday, our family — like so many others — have always celebrated this American custom. (For the sake of this essay, let’s just put aside for a moment the many outrageous crimes against Native Americans that were perpetrated by the Pilgrims and subsequent settlers.)

We always went all-out on Thanksgiving because my mother grew up in a very assimilated home — one where few Jewish holidays were observed — and, even as she became religious, Thanksgiving remained one of the few secular holidays that she and her non-religious siblings could celebrate together, in nearly the same way they did as children. Yes, many of my grandmother’s Thanksgiving recipes were “kosherfied” by my mother  — no milk in the gravy; no cream in the pie — but this day was one that linked past and present for them.

Every year, several days before Thanksgiving, my two aunts would fly to Los Angeles, where we lived, and my uncle, who lived nearby, would pop over daily. My mother and her siblings would shop, cook, bake and laugh together in those days leading up to the fourth Thursday in November — the energy of the kitchen seeping into each room of the house with a familiar warmth of family.

Together, they prepared a feast for the whole lot of us, which usually consisted of about 15 to 20 of our family members, though one particularly memorable year featured 30 guests, including a guitar player, who led everyone in a kumsitz around the fireplace. As for the food, I’m talking 23-pound turkeys (and once, three 16-pound turkeys), mashed potatoes, green beans, collard greens, a large salad, dinner rolls, corn bread, stuffing, cranberry sauce — the list goes on. But what made my mother’s Thanksgiving meal superior to any other Thanksgiving meal I’ve ever had is her pie. No, wait — not pie, but pies… very, very plural.

Thanksgiving dessert was itself a meal. My mom’s record number of pies for a single Thanksgiving was 25. You name it, we had it. There were the traditional pies, such as apple, cherry, blueberry, pumpkin, chocolate, lemon meringue. Then the more unusual offerings, such as raisin or grapefruit chiffon. We would stay at our dining room table long after the meal was over, eating sliver after sliver of pie; everyone determined to try each one. We would drink cups of coffee and tea and often pull out board games, the meal starting late afternoon and ending long into the dark of the night.

The day was always full of joy and, of course, of thanks. No Thanksgiving meal was complete without my father at the head of the table, speaking of the American spirit of freedom, always ending with him choking on his words. He would remind us of his own family, persecuted in Poland for their religion, rounded up, gassed or worked to death during the Holocaust. Almost his entire extended family was murdered, except for his parents, who managed to survive in hiding. He would always express thanks to the U.S. for allowing us to be here to practice our religion in safety.

And that is how a family of observant Jews would celebrate this American holiday — with food, sweets, laughter and, in typical Jewish fashion, always a reminder of persecution and renewed freedoms.

Things have changed in recent years. Last year, for example, we welcomed our fourth daughter into the world just days after Thanksgiving, so my mother apologetically bowed out of the holiday and, for the first time in more than 30 years, did not make a Thanksgiving meal. Instead, she flew to Chicago to see me and met her newest grandchild.

This year, my mom, who is 67, said she wasn’t up for it. She explained she’s getting tired and didn’t have it in her to host — nor did she or my father have the energy to travel to visit me or my three sisters who live elsewhere. I couldn’t help but feel sad, not so much that she wouldn’t come spend it with us — though I would have loved that! — but because she wasn’t making a Thanksgiving meal herself. To me, she was the embodiment of the holiday and, she was just so good at it.

My first year hosting my own Thanksgiving as a fledgling matriarch seven years ago, when it was just my husband, our two young daughters, and me. It was a very small meal with only one homemade apple pie. Now we have four daughters — ages 10, 7, 3 and 1 —  and we’re creating Thanksgiving traditions of our own: We have our usual Turkey Day friends, whose grandparents we’ve adopted as our own during this time of year, and one of my sisters is coming, too, just like my mom’s used to. I add a new pie each year, so this year we are aiming for six, banana cream (non-dairy, of course) being the latest addition.

Now that I’ve been on my own for a while, I don’t feel particularly homesick on Thanksgiving —  but I do mourn the loss of an era that seems to be coming to an end. What is Thanksgiving without my mother in the kitchen, cooking, baking and bonding with her siblings? What’s Thanksgiving without my dad tearing up over memories so painful we can’t forget them, even as our family surrounds a table groaning beneath an absurd number of pies?

The thing is, though, my mother doesn’t seem sad. She explained it’s a new stage of life. She now has 19 grandchildren across the U.S., who range in age from 1 to 22, and she is immensely grateful for that. Gratitude — isn’t that what this day is supposed to be about? I am infinitely thankful for my mother, who has taught me so much as I watched her cook and host those many Thanksgiving meals. She’s taught me that family is integral, that the making of food together can foster closeness, that the eating of food together can create memories so powerful that the smell of a roasting turkey can make you young again.

I am grateful, too, that tradition is fluid, and that life is full of wonderful metamorphoses. That getting older is a blessing and tradition can cross over and evolve from generation to generation and still retain its original glory.

We will be 19 people this year at our Thanksgiving meal. I will cook and bake and laugh with my sister, just like my mother did with her siblings. I will remind my company — especially during such a perilous time for Jews in America — of our gratitude for being able to practice our Judaism openly. We will wash our hands, recite HaMotzi, eat my sister’s famously soft dinner rolls, and talk and laugh and relish the value of friendships like family, and a family of friendships.

As for that nostalgic space inside me that longs for my mother’s Thanksgivings? That’s easy. I’ll just fill it with several pieces of homemade pie.