My Jewish Husband Is No Handyman but I Am 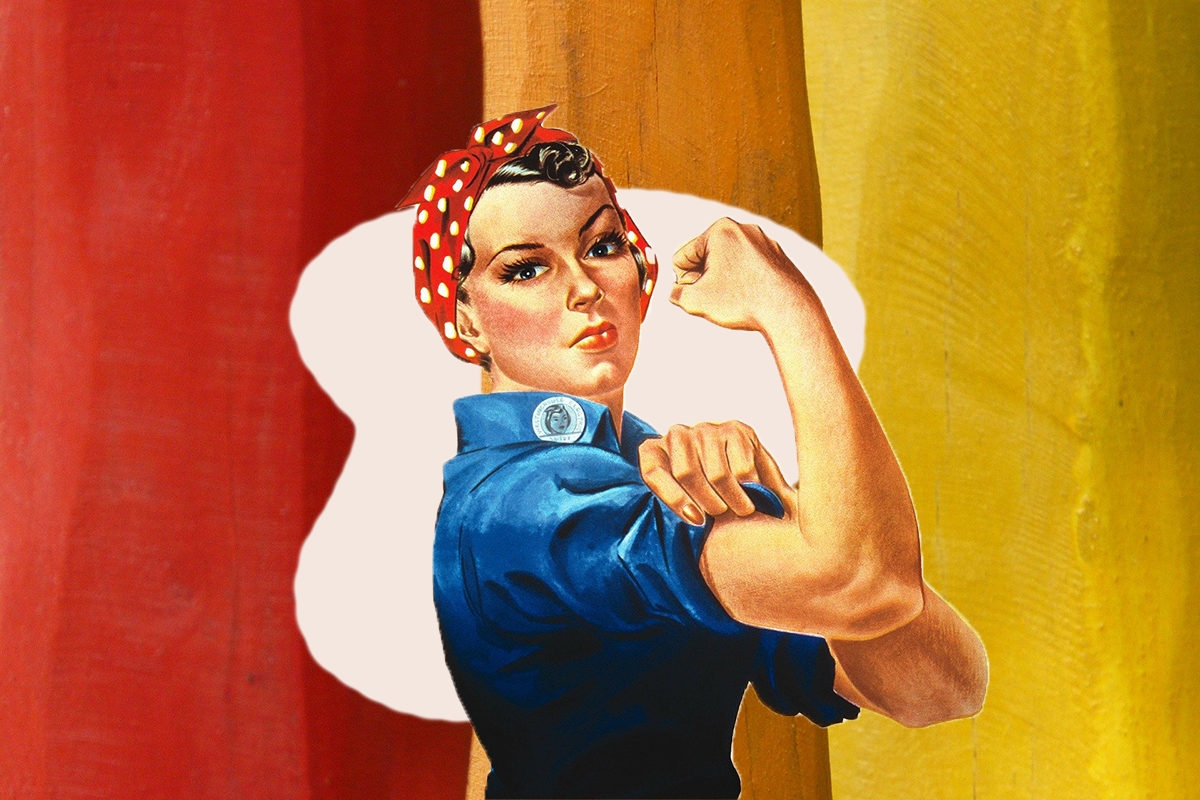 The last famous handy Jewish guy I can think of was Noah. He built an ark without power tools. OK, so it took him 100 years — but at least he finished. Most men of my faith seem to want an award if they paint, power wash, or simply take out the trash.

I’ll admit, I do know a handful of handy male members of the tribe. I have a brother-in-law who can hang sheetrock and a friend who installed dimmers on all my switches during a weekend visit. (He’ll be invited back.) But my husband is severely handicapped in this area. I barely trust him to zip my dress.

It’s a good thing I am one handy Jewess. I am both impatient and thrifty, so I’ve been known to put up my own corner molding or re-grout a shower myself, rather than wait for someone to show up and then be hit with a big bill. I’m also great at smaller jobs, like giving myself a perfect French manicure after chipping my nails on these messy DIY projects.

I come from a family of fixers. My paternal grandfather was a tailor; my dad was a WWII hero who became an engineer. At my home, growing up, nothing was thrown away without attempted repairs. I loved to watch my dad in his basement workroom where he coaxed broken toys and household items back to life. Toasters, vacuums, and light fixtures were taped, glued, or rewired to last way beyond their guarantee. At 94, almost past his own warranty, he has amassed a huge collection of well-worn screwdrivers, rusty pliers, hammers, nails and old parts, waiting for something to break down in their retirement home in Florida.

Without a son to bestow his knowledge upon, my father trained his three daughters well. We mowed the lawn, planted a garden, painted our own rooms, and even learned to shoot a BB gun at a target that hung from our swingset. I’m pretty sure my husband fell in love with me the day I played hooky from work to surprise him with new blinds I’d hung in his apartment — a Jewish girl with a big chest and drill skills was a clincher.

In contrast, the gene for fixing was not passed down through my husband’s lineage. This lack of handiness was new to me. My spouse, wonderful and smart, is an attorney, like his father and grandfather. They read law books, not manuals. If a car tire was going flat, his dad kicked it. When an appliance or pipe wasn’t working, my father-in-law banged on it. If that didn’t correct the problem, they called a super or repairman or simply tossed it out and bought a new one. My husband learned to be a kicker, too. He recently dislodged a wheel from my luggage trying to make it roll more smoothly. While he searched online for a new suitcase, I calmly replaced the ball bearings, tightened the screws, and made it good as new. I was quite smug as I showed him my work.

Sometimes, however, I’d like to share the more taxing jobs with my bigger, taller, and stronger spouse. I refuse to give up on the hope of making him a bit more helpful. Last spring, I asked him to clear leaves off the deck — something that didn’t involve a ladder or sharp objects. I watched as he turned on the water, while the “As Seen on TV” flat hose expanded, then exploded. So did I. I yelled for him to get me the mop. He brought a broom, and then broke the handle. Just then, our gardener came by to cut the grass and commented that, in the 22 years he had worked for us, he had never seen my hubby doing any work in the yard. As punishment to the poor guy for breaking the man code, my husband put him to work blowing the leaves.

The following weekend I spent the morning in a muddy nursery buying a tree while he spent it on a dry, manicured golf course. Then, I headed to a store to replace the broken hose. My husband called to check in and I said I was at Home Depot. I was thrilled when he said he would meet me there. I knew that place made him apoplectic.

After half an hour passed I called to see why he hadn’t yet arrived. “Where are you?” I asked.

I am sure any decent therapist would tell me this is my husband’s passive aggressive way to avoid chores. He would rather hire a professional for the job. And, true enough, some of the time I end up having to bring in some help to fix my own fixing — like the time I made a six inch hole in drywall trying to hang a coat hook.

But I can’t help trying to be a DIY girl, like I see on HGTV.  Maybe it’s not fair to insist my husband share the same interest. If I’m not able to turn my husband into Chip Gaines, it’s not because Jewish men are missing the DNA for handiness. It’s a myth and a stereotype. It just takes training.

When my sons were young they wanted a Playskool kitchen instead of a workbench. I was happy to oblige, though mostly they just flushed the fake food down our toilets. (Yup, the plumber was on speed dial.) But as they grew I taught them how to hammer and build things and we even put together a media unit as a gift for their dad on Father’s Day. Together, we’ve assembled many Ikea pieces for dorm rooms, and they won’t need to call a handyman to hang pictures or put together a bed frame in the future. They can stop the bad rap with their generation and pass their knowledge on to their own sons or daughters.

As for my husband, well, he may be all thumbs but he is handy in other ways. He built character in our children and constructed a successful business. He puts together people and makes connections. He does the heavy lifting around here in other ways — carrying the weight as primary breadwinner, and being a strong and loving partner and parent. But I’ll admit – occasionally I do wish what he was lifting was a tool box.