My Jewish Mom and I Had a Fraught Relationship. Here's How We Reconciled. – Kveller
Skip to Content Skip to Footer 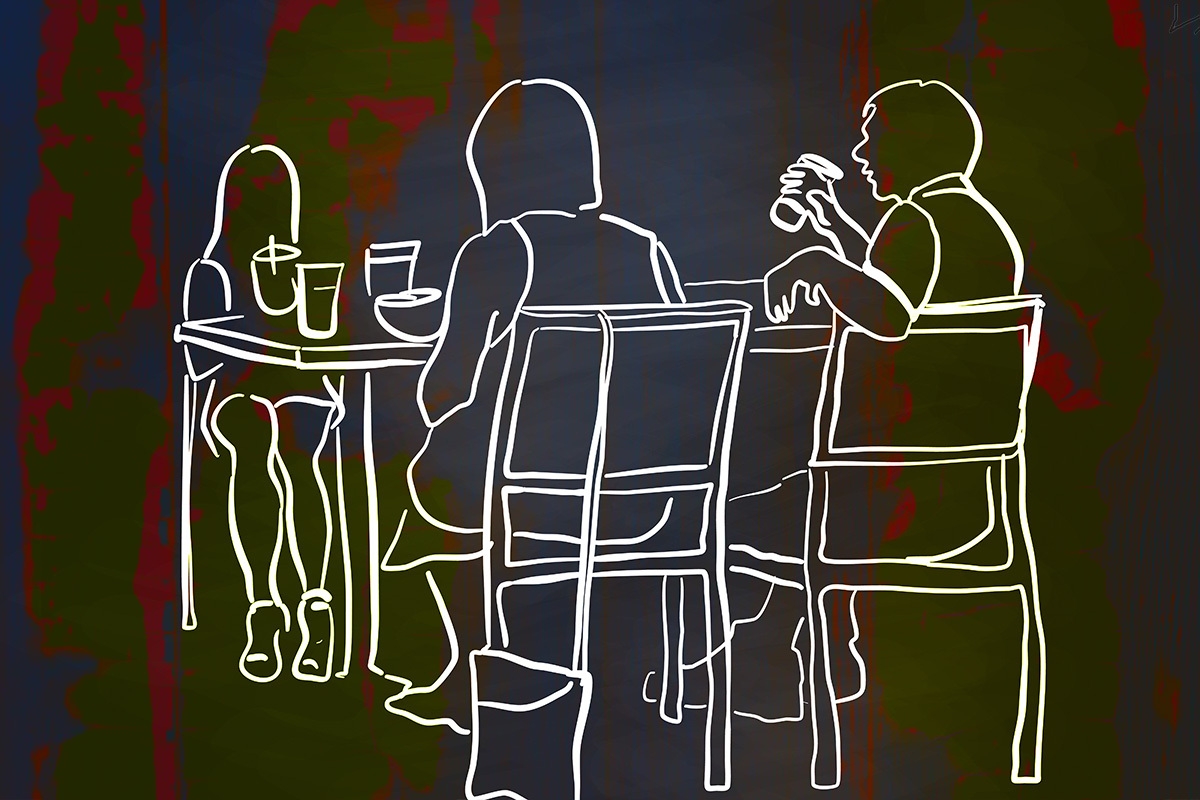 I openly sneered at my mother and father and their suburban lifestyle with all the disdain that my haughty 19-year-old self could muster. My mother, in particular, was the target of my wrath. I called her a hypocrite for making me take off my canvas sneakers and put on leather flats for High Holiday services, where wearing leather was forbidden, and for ordering sweet and sour shrimp when we went out for Chinese food even though she refused to cook shellfish in the house.

My mother, in turn, pointed out my own hypocrisy. “If you’re such a peacenik what’s with the baggy army pants?” she asked in a nasty, not curious tone of voice.

“Girls, ladies, please,” my father pleaded. “Can’t the two of you just get along?” I couldn’t wait to leave home and once I did, I never looked back. I never called. I never visited, not even for Passover. I didn’t even bother sending Mother’s Day, Father’s Day, or birthday cards.

But now that my parents are gone, like Anya’s, they are two lights: the Shabbat candles I light every Friday night, the first two stars I see shining in the night sky, the twin glimmers in my nephew’s dark brown eyes.

I would give anything to see them again.

Luckily my parents and I repaired our relationship, though it took several decades to do so. I needed time away from them to be free to grow into the person I am today.

Their expectations of me to marry a nice Jewish boy and have 2.5 nice Jewish children were loud and clear. Instead, I married a nice Puerto Rican ex-nun and over the years have had several nice Jewishly-named cats (Neshama, Samuel, Mitzi).

What brought my parents and me back together was an emergency. My mother, who had a two-packs-a-day non-filtered Chesterfield King habit, collapsed on a cruise ship and was airlifted to a hospital in California. I flew across the country not knowing what I would find. I wasn’t sure if she’d be glad to see me. It pains me to say this, but I even contemplated not making the trip.

But thank God I did. Upon arrival, the nurse in the ICU told me that my mother was heavily sedated. “You can talk to her,” the nurse informed me, “but she won’t respond.” I entered the room, nodded to my father, and took in the sight of my mother. She had a breathing tube thrust down her throat, a feeding tube jabbed up her nose, an IV needle stuck in her arm. Both her hands were tied to the railings of her bed.

Instantly her eyes flew open, and widened in surprise.

I stayed by my mother’s bedside for 10 long days until she was well enough to fly home. My mother credits me with saving her life, though all I did was keep her company. By the end of those 10 days, neither of us could remember what we had ever fought about.

I was fortunate in that my mother lived for close to a decade after the “California Caper” and we enjoyed the close mother/daughter relationship both of us had always wanted. We spoke on the phone every day. I visited often. And when her illnesses (bladder cancer and COPD) took hold, I was her main caregiver.

During my mother’s last hospital stay, she beckoned me towards her bed. “I’m giving you permission to write about all this under one condition.” She raised her forefinger with its red polished nail into the air.

“Promise me I’ll never have to read it.”

My mother, who had wanted to be a writer, but for complicated reasons never pursued her dream, was very proud of my literary career. But more than that, she knew that writing would help me grieve. As soon as she died, I began the poems that became the first volume of my double memoir-in-verse, “I Carry My Mother.”

MY MOTHER HAS MY HEART
My mother has my heart and I have hers,
We traded on the day that she gave birth.
Each passing year the line between us blurs,
Until the day I lay her in the earth.
My heart in her now cracked and split in two,
Her heart in me now wound down like a clock,
As she and I turn into something new,
The love between us hardens into rock.
My heart in her a newborn mourning dove,
Still safely tucked inside its sheltered nest.
Her heart in me a letter signed with love,
A treasure I keep deep within my chest.
From this day forth whatever else occurs,
My mother has my heart and I have hers.

Writing these poems comforted me and kept my mother close to me.

What I didn’t anticipate is that finishing the book would make me feel like I had lost her all over again.

Five years later, I had a similar experience when I wrote a second memoir-in- verse, “I Wish My Father,” or as I like to call it, “The Book of the Dad.”

When my mother died, my father was a great distraction. He was the only person who missed my mother as much as I did. Actually, I am sure he missed her more. My parents met when they were teenagers and were married for 63 years. My father told me they had a plan: he would die first and leave her a bundle of money and she would be fine. Well, maybe not fine, but she would manage. As my mother always loved to say, “If you want to make God laugh, tell God your plans.” My parents’ plan did not pan out. My mother died first and my father was not fine, nor could he manage.

And so I stepped in, taking him shopping, doing his laundry, and most importantly, keeping him company for those first few weeks of his widowhood.

While my mother’s illness was purely physical — her mind remained sharp while her body fell apart — my father’s decline was just the opposite. He played tennis well into his 80s. His doctor told him he had the heart of a 40-year-old. A series of cerebral “episodes” was his undoing. They caused hallucinations (zebras and elephants in his kitchen), left him confused (a legendary math-whiz, he could no longer do simple arithmetic), and bewildered us both.

When my father moved into independent living, I asked him what he thought of it. “Meh,” he said. “I’ll give it a year.” True to his word, he died 11 months and 27 days later. He was found in the morning. There was nothing wrong with him. The week before his death, his doctor had given him a clean bill of health. I am convinced that he died of a broken heart.

The only thing that comforts me is the belief that my parents wherever they are, are reunited once again.

MY MOTHER IS AT THE BRIDGE

table with Loretta, Gert
and Pearl, when my father
finds his way to Heaven.

“Sit down, dear,” she says
patting the seat beside her
barely looking up from the hand

she’s been dealt. “The game is
almost through.” But my father is
too overcome to sit. He stands

and stares at his beloved, free
of wheelchair and oxygen tank
happily puffing away

her hair the lovely chestnut brown
it was the day they met,
her face free of worry

lines, the diamond pendant
he bought her on their first trip
to Europe glittering

against her ivory throat.
She looks like the star
of an old black-and-white movie

who would never give him
the time of day but somehow
spent 63 years by his side.

“I missed you,” my father
tells my mother, leaning down
to kiss her offered cheek.

“Of course you did,”
says my mother, who always
knows everything.

She plays her cards
right, and after Loretta and Pearl
and Gert fold, she stands to let

my father take her in his arms
and in their heavenly bodies
they dance.

“My Mother Has My Heart” and “Nearby” copyright © 2015 Lesléa Newman from “I Carry My Mother” (Headmistress Press, Sequim, WA). Used by permission of the author.

“My Mother Is At The Bridge” copyright © 2021 Leslea Newman from I Wish My Father (Headmistress Press, Sequim, WA). Used by permission of the author.