This Jewish TikTok Exec Gets Her Parenting Advice from King Solomon 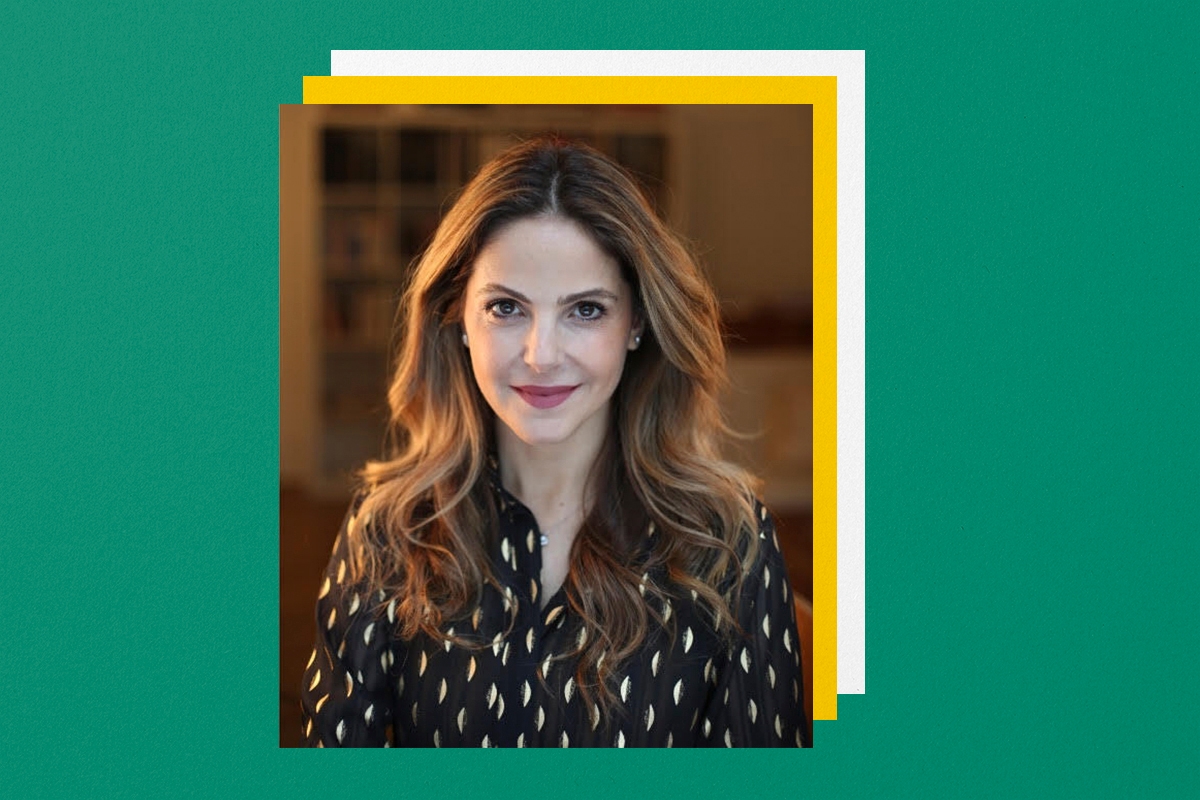 When my daughter was born, I remember looking at her, worried that I would fail her as a mom. She was so delicate and fragile. It turns out I failed her almost immediately. One of the most traumatic experiences of my life was my complete failure to breastfeed my first child. All the other new moms on the ward were gushing milk, and I was dry. My baby screamed day and night because she was hungry. I felt so inadequate. She had just been born and I was already disappointing her.

It is so easy as a parent to fall prey to bad thoughts. All of us are susceptible to feeling helpless and exhausted; some of us suffer from anxiety or postpartum depression, and almost all new mothers have to deal with hormone imbalances, which make early parenthood a very difficult time. My daughter was in my arms, screaming for milk that I didn’t have.

I know now that my body — and probably hers, too — was adjusting to this new reality, and I just needed a bit more time. But I had disappointed myself and feared I was already disappointing my 3-day-old daughter. I cried almost non-stop. Yet often, just when everything seems dark, an unexpected light shines. In this instance, hope came from my dear father.

He is a man who doesn’t often show emotion. However, in that hospital, he showed his inner self. He stroked my baby’s tiny head, looked at her with tears in his eyes and said, “Another miracle.” I started crying. I felt like such a failure, a mother without milk, and here was my reserved father reminding me that I was his miracle.

My father held my hand with his warm, delicate, professor’s hands and — although he avoided my eyes — he saw into my broken heart. He intuitively understood my fear and pain and said, “Michal, your daughter will grow to be a wonderful girl regardless of what milk she drinks — yours or formula. What she needs is a happy mother, and you’re not happy now. Give her a bottle, go to sleep, and everything will be fine.”

And that’s what I did. I didn’t breastfeed my firstborn. And she grew up to be everything my father promised she would be. This was one of the strongest parenting moments I experienced as a daughter. My father assured me that I would be a good mother and that the known and unknown challenges ahead of me could be overcome.

Donald Winnicott, a British pediatrician and psychoanalyst, coined the phrase “Good Enough Mother” in his 1953 book, “Playing and Reality.” Winnicott found that babies and children don’t need a “perfect” parent or caregiver in order to become healthy, happy young people. His surprising findings showed that babies actually benefit when their mothers fail them in manageable ways, and in some cases may grow more from their parents not rushing to them the second they need something. This might mean not changing a diaper the moment it is full or responding instantly when a baby starts crying. These small and measured delays that cause minor frustrations actually help the baby develop well and adapt to the world.

I learned that being “good enough” means that you are still caring, loving, supportive, but at the same time you don’t meet every single expectation your child may have. It means that your child won’t always get what they want or what they think they need. Those delays or “dissatisfying” experiences actually help the child develop because — let’s be honest — life doesn’t always live up to what we want from it. After I read about the “Good Enough Mother,” I realized that I needed to take the word “perfect” out of my new motherhood vocabulary.

Fast forward seven years, and by now I had not one child to worry about, but three. At this point I had already let go of my perfection fantasy. Still, I was parenting my children with the belief that my role was to tell them who they are and who they should become. I still assumed they were born a “blank canvas,” and that it was up to my husband and me to draw on that canvas and paint their path for them.

At the same time, I was searching to learn the essence of being a parent. I approached a friend whose parenting I found inspiring, and she shared a piece of advice from a rather unusual source: the third king of Israel, King Solomon. He reigned during the 10th century BCE and was famous for his great wisdom. He composed, for example, Proverbs, Song of Songs, and Ecclesiastes.

How exciting it was to discover that this great king had parenting advice. I decided that if the wisest man in Jewish history had given a tip, I surely wanted to hear it. “Teach a child according to his way,” said King Solomon, “even when he grows old, he will not turn away from it.”

When I first encountered these words — possibly the oldest parenting advice on the planet — I thought I had misread them. The essence of parenting described here is so very different from how I, or most of the other parents I know, had been parenting. It counsels that, instead of steering our children into the people we think they should become, we should teach them according to their nature.

The ancient Hebrew language holds great significance and meaning in its combination of letters and words. Often there isn’t a straightforward translation of certain Hebrew words for exactly this reason. The word “chinuch” is used in everyday conversation to mean “education.” However, there is a much deeper meaning to the word — one that reveals the absolute essence of the act of educating.

The root of the Hebrew word chinuch literally means “initiation” or “inauguration.” In the Torah, chinuch is used to describe the act of dedicating people — or objects — to their particular purpose. A parent’s role then isn’t to “fix” their children or to define for them an exact track, but rather to help them discover their own paths in life. A parent’s role is to guide their children, not to mold them. Children are not “blank.” They have a unique soul — their neshama — which carries its own purpose on Earth. Each unique soul has arrived here for its own personal journey.

Does this mean parents should sit back and allow their child to choose a dangerous or self-destructive path? Or that they now have no expectations for them? Absolutely not. Children must be encouraged to forever grow and develop in a positive way while journeying along their own positive paths. Telling children that they have a unique path to follow, and that you will help them find it, will make them feel special and one-of-a-kind — just as they really are.

This discussion applies just as much to parents. You are here because the world needs you. Being your child’s guide is not easy or straightforward. There is still uncertainty, frustration, and concern. At times you will need to be more involved in your child’s path and their decisions, and at others, it’s better to step back. The challenge is understanding when. The good news is that there’s no need to map out your child’s future. That will come around naturally after your child finds their way.

Excerpted from What Would You Do If You Weren’t Afraid? reprinted by permission of DK, a division of Penguin Random House LLC. Copyright © 2021 Michal Oshman.