My Reaction to My Mother's Sudden Death? I Became Vegan. – Kveller
Skip to Content Skip to Footer

My Reaction to My Mother’s Sudden Death? I Became Vegan. 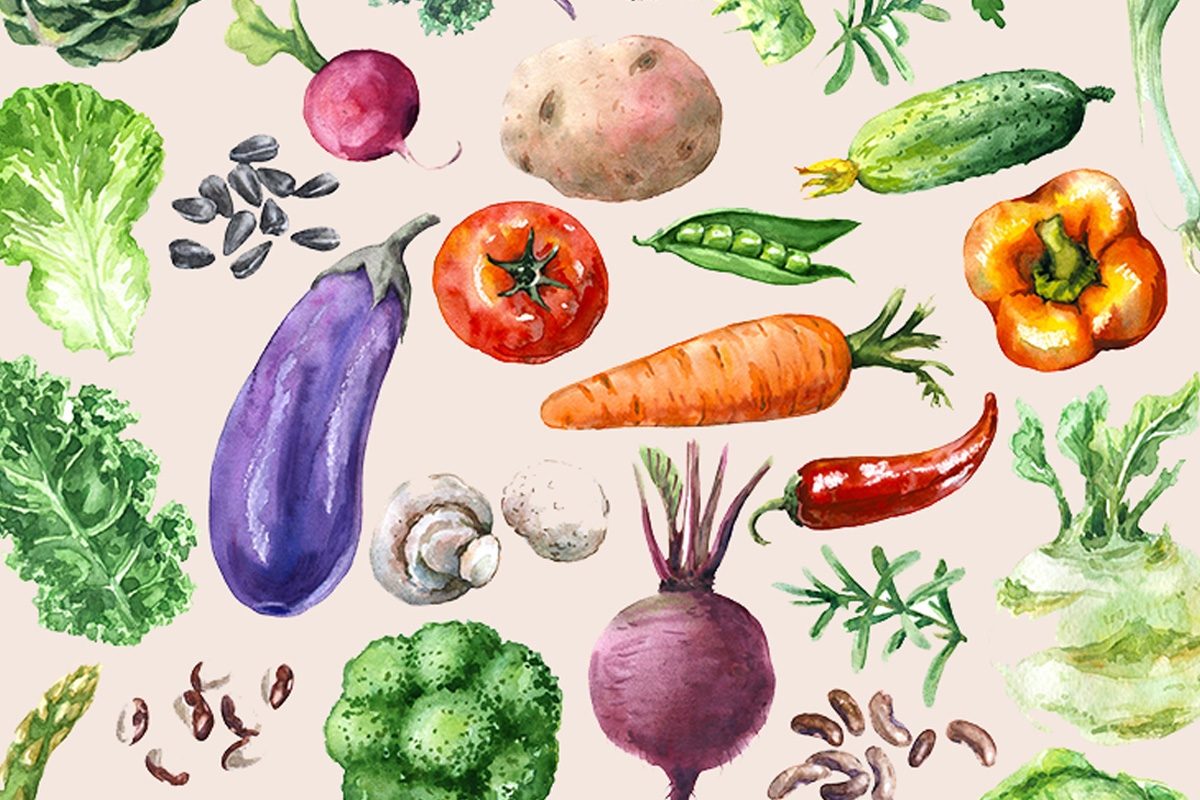 It’s been a long time since I tasted my mother’s stuffed cabbage — the sugar sweetened tomato sauce, the savory chopped meat, and the fat laden cabbage leaves. A long time since I burned my tongue on it, too impatient to wait for it to cool.

Although my mother passed nearly two decades ago, I could easily get my hands on the recipe. I could, but I won’t. Since her death, I’ve become vegan, swearing off many of the dishes she prepared as I grew up: the slow-cooked chicken steamed under a double covering of tinfoil, the meatloaf with ketchup, and the peculiarly Jewish dishes, such as tzimmes with short ribs, gefilte fish, and challah.

I was raised in a kosher home, but rather than feeling deprived of all the foods I couldn’t eat, I experienced abundance. Even in the years when my mother commuted two hours each way to work, she got up before dawn to prepare the home-cooked dinner she would reheat when she returned. She made multiple-course feasts for Shabbat. If she was home when I arrived on Friday after school, she’d sit me down at the kitchen table, setting a plate in front of me, carrots that had nestled next to the chicken, soaking up the fat, potatoes that had formed a crunchy skin, a chicken wing so tender the meat fell from the bone. “Eat something,” she would say. Though I was a size or two larger than my peers, I wouldn’t change a thing.

If food was one constant in my childhood, animals were another. Twice my sisters and I rescued kittens. I bonded with a gray long hair to which I gave the unoriginal name Puffy. My sister, Miriam, took to a black one she called Shadow. When one of the cats was run over by a car, an older cousin who lived down the block buried her, sparing us the sight of the mangled body. “It was your sister’s cat,” he said, as we stared at the empty blacktop. “We’ll tell her it ran away.” The lie seemed compassionate, and I agreed.

As an adult, I’m rarely without a pet I adopted. For a time, I volunteered at a shelter, cleaning up accidents, walking dogs, and trying to convince people that instead of adorable puppies, they wanted the animals that had lingered for months, a black dog with an asymmetrical face and bald patches or an older, depressed cat. “X is a great dog,” I’d say to a couple, trying not to get discouraged when they pointed to a different, cuter dog, and took that one home.

Feeling close to animals didn’t stop me from eating meat. Once I gave up being kosher, I enjoyed McDonald’s cheeseburgers and Chinese pork ribs. I live in Colorado, and I would drive past cattle ranches, admiring herds of contented cows snacking on carpets of grass, without ever making a connection to my burger or thinking of the animals’ lives being cut short. I was oblivious to the long, low buildings, set back from roads, with pigs crowded within, bred to grow so large they could barely stand.

My life changed dramatically when my mother suddenly died. Walking home from synagogue, she was hit by a bus and died instantly. An apartment full of people was waiting for her to serve them one of her sumptuous Sabbath meals. Hours went by before an uncle went out to look for her. He found the site of the accident, still surrounded by police tape, my mother long gone.

I had given up on God years before. I knew who actually created me — my mother fed me for nine months in her belly, and 39 years in her kitchen. She offered advice and the kind of love that registers in a softening of the eyes. It took me years to regain my bearings, and to accept the diminished landscape I now live in.

After her funeral and seven days of shiva, we cleaned out her kitchen. It was stocked with food — Cinnamon Toast Crunch cereal for one grandchild, ice cream cups for another, and leftovers from the Shabbat meal we couldn’t bear to eat.

As time passed, I imagined I carried my mother in a basket on my shoulder while she taught me the meaning of death, its cruelty and finality. Finding myself in a supermarket one day, holding a plastic-wrapped package of my favorite kind of steak, I understood: It had once been alive, too, its life singular and precious to itself. I returned it to the refrigerator compartment and haven’t eaten meat since. The taking of a life seems wrong to me, and so too does the cruel manner in which much of our meat is raised. Before long, I became vegan.

My mother wasn’t aware of those issues. The chief ingredient in the food she prepared for her family was love. I could taste it. And I doubt I’m the only one. I imagine there’s a unique craving reserved for foods our mothers made. Though I eat a lot of meat substitutes — like tofu, tempeh, and seitan — they can’t replicate the intangible ingredients my mother put in her food. When I encounter stuffed cabbage or tzimmes in a restaurant or a friend’s kitchen, I forgive myself for savoring the smell. I’ll never be one of those people disgusted by meat.

But like the food my mother made, the plant-based diet I choose to eat is an expression of love. Just like I didn’t feel deprived eating only kosher food growing up, I don’t feel deprived being vegan. My life is enriched by a diet that expresses my concern for animals, and by knowing that what’s on my plate has done minimal harm.

Growing up in my mother’s kosher kitchen trained me to one day be vegan. All that careful attention to ingredients and searching food labels for certifications, though now I look for a “V” instead of a “K.” Being vegan also keeps me unintentionally kosher; I no longer eat the cheeseburgers, pork, or shellfish I had come to enjoy. If she were alive, my mother would feel comfortable eating in my house. I like imagining her in my kitchen on a Friday afternoon. “Eat something,” I’d say, and she would.

Header image via Val_Iva/iStock/Getty Images Plus