Need a Break But Can’t Get Away? Read These 7 Books Instead. 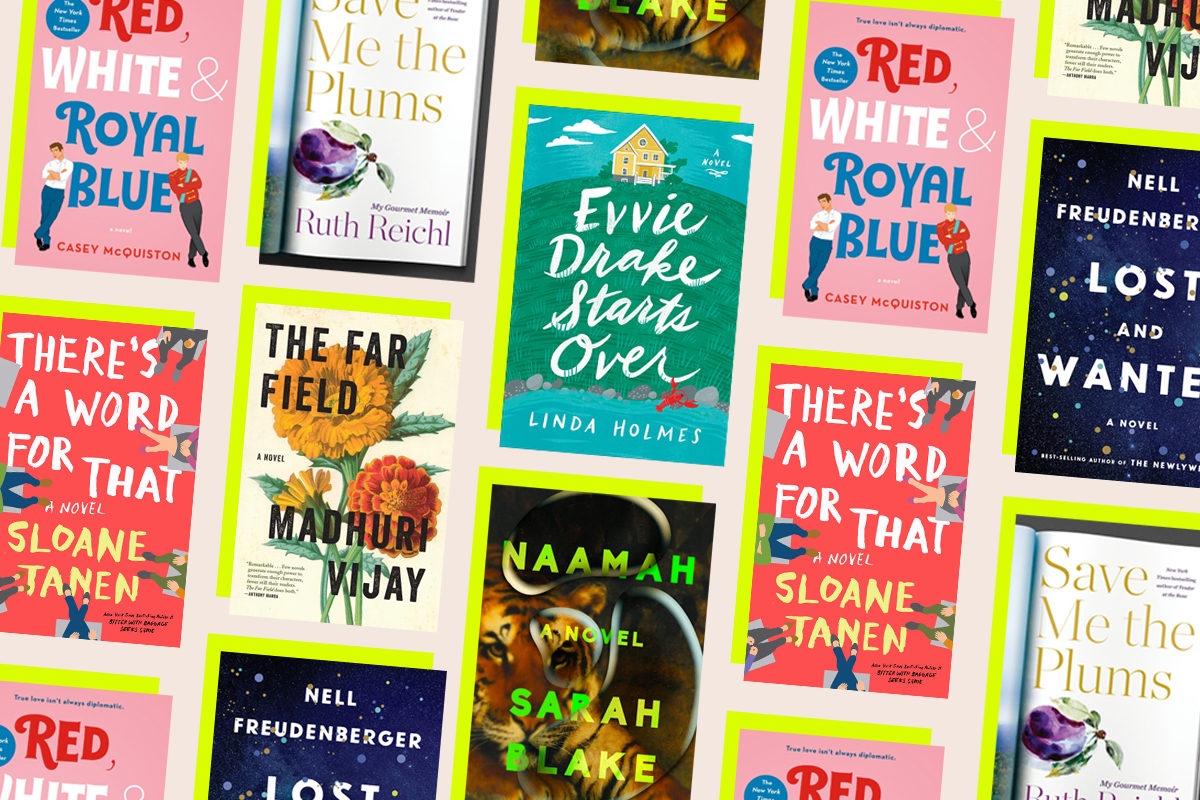 Parenting is hard, and it definitely feels like some months are harder than others. Like, say, in June, when school is coming to an end, and it feels like there is a recital/assembly/concert/graduation basically every other second. Between the end-of-school onslaught and the oh-crap-camp-is-starting panic, this time of year can be particularly intense.

But, some good news: There’s an abundance of brilliant books that can provide you with an excellent escape hatch from your own life. Unfortunately, we can’t all be sitting by a beach this summer, or even a kiddie pool — hey, some of us have podcasts to host! — but I can promise that, with these novels (plus one memoir) on your nightstand, you’ll be able to slip into another world without so much as a plane ticket.

If you loved The Royal We, a fictional look into a British prince’s courtship of an American exchange student (swoon), you will ADORE this book. What if the Prince of England fell for an American — and that American happened to be the son of the first woman President of the United States (swoooooon)? The writing is fun and the story is, too. And the sexy scenes? Be still, my beating heart.

2. There’s A Word For That by Sloane Tanen

This is a complex and yet breezy multigenerational story of Los Angeles, fame, old age, and family craziness. It’s sort of like if Jane Austen was magically transported into a world of Hollywood socialites, dysfunctional fame seekers, and multiple marriages. I suppose that if you already inhabit a world such as this, this book wouldn’t feel escapist at all — but I found that it left me with a “could be worse” feeling that I greatly enjoyed.

3. Lost and Wanted by Nell Freudenberger

For me, a book told in the voice of a physicist is very much an escape from my own life… I mean, I never took physics, not even in high school. Yet this book isn’t about science, per se — it’s a look at what happens when a physicist finds out her college roommate has just died, and how death and life unfold over each other, parenting, and love interests in this compelling, kaleidoscopic story. This book let me escape into the world of wondering what happens to our ability to communicate with the living after we die… it’s deep, but oh so engaging.

4. Save Me The Plums: My Gourmet Memoir by Ruth Reichl

If you’ve not read Reichl’s writing before, this a great entry point. Reichl’s a terrific writer, and this book takes on a subject very close to her heart: how she left her longtime gig restaurant critic in order to helm Gourmet magazine. I know nothing of this world, and yet I felt welcomed in, almost as though I were being folded into a delicious recipe (see what I did there?). Gourmet was once a giant in the food and print magazine world; the glossy folded in 2009. The book takes us on a tour of why that happened, as well as an exploration of Reich’s love affair with food. There are even recipes!

The story is set in Maine, where all perfect summer books are set. In this novel, the NPR Pop Culture Happy Hour host tells the story of Evvie, a young widow, and Dean, an MLB baseball player who had to take an early retirement. The story begins as Evvie is about to leave her husband — until she gets a call from the hospital, telling her he has been killed in a car accident. Dean had been an all-star pitcher for the Yankees — until he gets the “yips” and can’t throw anymore. He escapes to Maine and rents the apartment in the back of Evvie’s house, and, well… we won’t  spoil the story for you, but it’s heartwarming, romantic, and a delightful read.

Want a true escape? How about a novel set in the time of Noah’s Ark? In this novel, Blake puts a feminist twist on the biblical tale, reclaiming the story of Noah’s wife, whom she calls Naamah. The writing is lyrical and beautiful, almost like poetry. Have you ever thought about the logistics of caring for all the animals in the world? Or watching the entire world flood? (Do your problems suddenly seem like mere trifles?) Blake tells the story of Naamah with care and nuance.

7. The Far Field by Madhuri Vijay

A complex mother-daughter relationship set in the war-torn Kashmir region? Yes, please. After Shalini’s mom dies, she sets off to find a Kashmiri salesman, who was a regular at their house, to try and find some answers about her mother. There’s not much else I can say that wouldn’t spoil this for you, but if you are someone who loves learning about different parts of the world while you read superb stories, this is for you.