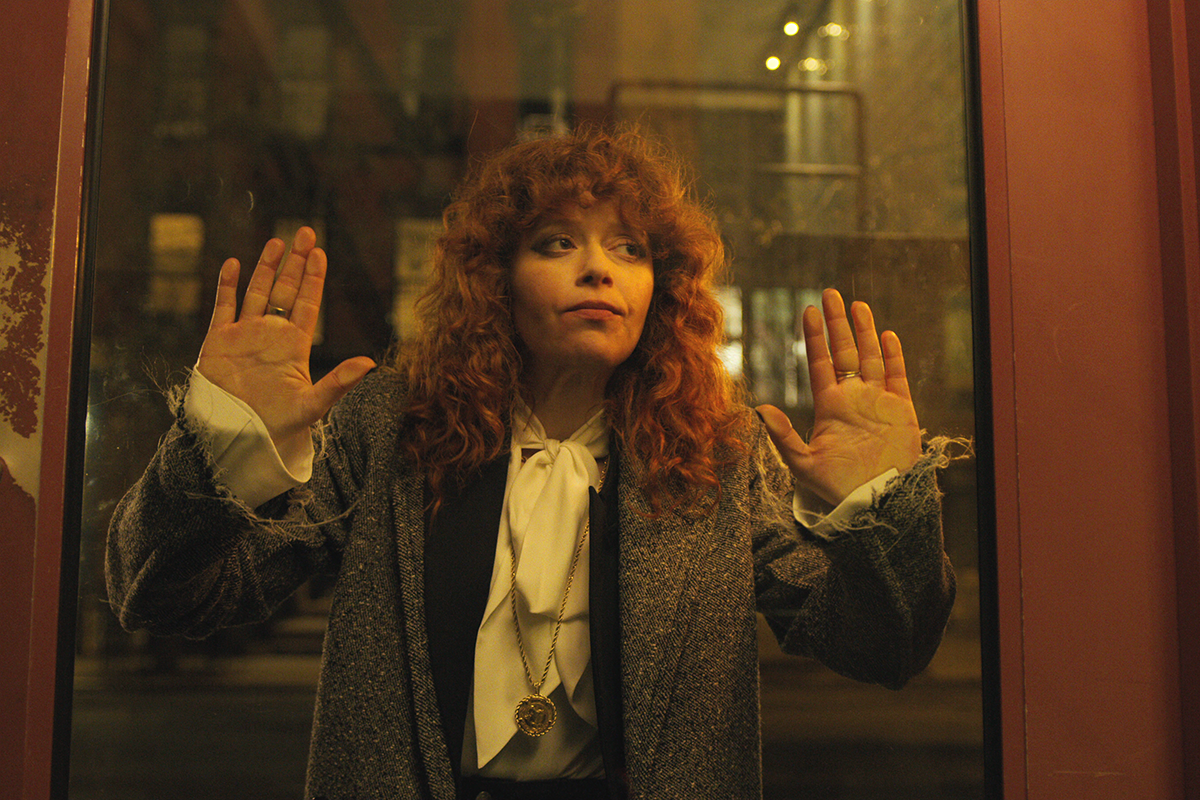 There are so many reasons I’m absolutely obsessed with “Russian Doll.” First and foremost, there’s Lyonne, who’s not only the showrunner, but stars as Nadia Vulvokov, a woman stuck reliving the day of her death. Sporting a head of bright red curls and a smoky eye and rasping with a New York accent, Lyonne gives a funny, chutzpadik performance that is absolutely transcendent.

Lyonne created the show with Amy Poehler and screenwriter and director Leslye Headland. The dialogue is smart, fast and hilarious, the world and character building is immaculate, and the rest of the cast of diverse, vividly drawn characters is compelling, especially Charlie Barnett’s uptight, pressed-suit and wrist-watch donning Alan Zaveri, who is stuck looping with Nadia despite being her polar opposite.

On a personal note, I have to admire this show for making me not only tolerate but be truly entranced and mystified by my least favorite TV trope: the time loop. The first season was a wild ride in every sense of the word, and by the time I was done watching it, I wanted to get on it again.

Yet, one of my favorite things about “Russian Doll” is how marvelously Jewish it is — fully leaning into secular American Jewish existential malaise. Vulvukov does not believe in God — when a character calls her “Jewishy,” she rails against the evils of organized religion. Yet she feels the constant pull of Jewish history and heritage: She wears a gold pendant that was passed down from her Holocaust survivor grandparents on her neck; she goes to a rabbi seeking answers; her loop always seems to begin at an old Yeshiva building (“It’s not the ketamine, it’s the fucking yeshiva!” may still be one of the funniest Jewish lines ever uttered on TV); and this all takes place on her 36th birthday (you know, double chai).

The show is also all about Vulvokov’s complex relationship with her mentally unstable Jewish mom, played by the magnetic, and honestly in this role, terrifying Chloe Sevigny. There is something to be said about how the fact that she is second-generation to Holocaust survivors may have influenced that dynamic.

With the same incredible team behind it, season two of the show promises to be just as excellent as the first trippy installment. We don’t yet know much about it, but we do know that it will star “Schitt’s Creek” Annie Murphy (Alexis), who is a delightful addition to this already excellent cast.

A teaser released by Netflix this week, unsurprisingly, doesn’t really give much away, but does revisit the same dark irresistible vibe of season one.

In the teaser, which serves as an announcement for the season two release date, Nadia does seem to be, once again, stuck in a loop, this time on the New York subway — a perfect setting for a mind-bending tale (honestly, every trip on the subway is a little mind-bending!). One scene shows her walking up into an ancient cemetery (a Jewish one? it’s hard to tell). Another shows Alan in a bathtub.

“When the universe fucks with you, let it,” Nadia says in the trailer. I truly can’t wait to let the universe of “Russian Doll” mess with my mind and heart yet again.