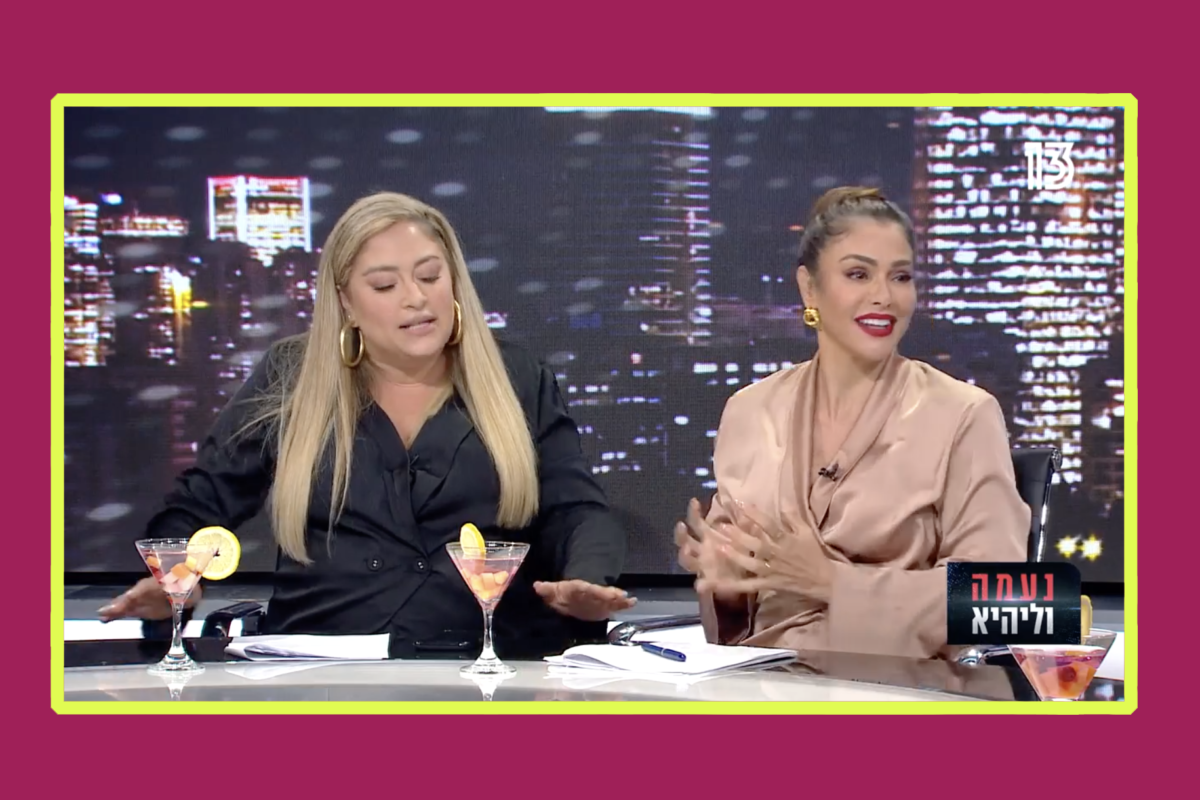 When my pregnancy was entering its final weeks, literally the last place I wanted to be was at work. That’s not because I don’t love my job — hello friendly bosses and colleagues! — but because the specter of going into labor in a cramped and busy New York City office seemed like possibly the worst scenario ever.

So when I saw Israeli talk show host Lihi Griner having actual contractions on air during the taping of her Channel 13 talk show, Naama and Lihi Close a Decade, I was mortified. But when I realized she actually chose to go on air while being in labor I just… well… I’m at a loss for words.

Turns out Griner — who has two older kids with her husband, Yossi — came to work that morning with contractions. Nevertheless, she persisted:  She insisted she was not going to give birth until the show taped. (Perhaps she’s literally a force of nature?) Fortunately, her nervous husband was on set and ready to drive her to the hospital in case that plan didn’t pan through. We don’t envy him — or her. That sounds seriously nerve-wracking!

Now, 35-year-old Griner is no stranger to sharing intimate details from her life on TV. Before she became a talk show host, she was a contestant on the third season of the Israeli version of Big Brother, and later she was on Survivor VIP. But watching her  have contractions while trying to interview a guest on live TV is probably the most suspenseful thing I’ve ever seen her do!

Just watch her breathe and hop onto a bright blue physioball as she maintains a conversation while suffering through some seriously intense contractions. (And even if you don’t speak Hebrew, trust me: It’s worth the watch!):

Let’s break this clip down. In the clip, Griner assures her guest, Israeli songwriter Doron Madali, that it’s not that bad (this she says in English), while her co-host, Survivor season 1 contestant Naama Kasry — who also gave birth this year! — tells her to focus on the contractions. Griner then breaks out into a brief but seriously quality rendition of Rihanna’s “Work” (this multitalented mama she can sing while having contractions!) and, mumbling apologies in English again, moves to her physioball.

Her guest then says, “As a man, it’s one of the weirdest things.” (Giving labor? Or watching someone be in labor on air? I’m not sure.) Kasry replies, “As a woman, it’s weird, too.”

Weird or not, we’re seriously in awe. Most people don’t want talk to anyone — or even look at anyone — while having contractions, and here she is in a room full of people, and cameras, engaging with humans whom she is not related to and who are not medical professionals!

Luckily Griner managed to stave off the birth until later that evening. She gave birth at a hospital to a healthy baby girl named Eliana. And, in case you thought the video above isn’t shocking enough, know this: The talk show host is already back at work, less than a week after giving birth. Gasp!

Mazel tov to Griner on her new bundle of joy!  And, OMG, we still can’t believe she did that!